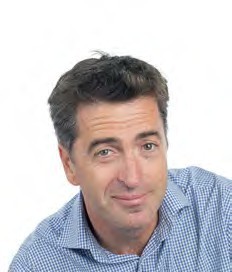 The largest airborne, piston-powered armada to be seen in Europe for some seven decades will fly from IWM Duxford to northern France on 5 June as part of the 75th anniversary commemorations of Operation ‘Overlord’, the Normandy invasion. As of 22 April, 30-odd Douglas C-47/ DC-3 variants were scheduled to be making the trip, with aircraft from Denmark, Finland, France, Hungary, Iceland, the Netherlands, Norway, Russia, Sweden, Switzerland and the UK due to participate, and a further 15 examples making the crossing from North America for what is likely to be the last big tribute to those who took part in the epochdefining events of June 1944.

The US fleet will include aircraft from many states of the union, including California, Colorado, Connecticut, Indiana, Montana, Oregon, Virginia and Washington. Dubbed the D-Day Squadron — a part of the Oxford, Connecticut-based living history organisation, the Tunison Foundation — the American contingent will begin to gather at Waterbury-Oxford Airport on 12 May, where the crews will spend the following week practising critical skills such as formation flying, survival skills training, oceanic procedures and European Union operations training.

Saturday 14 May will see the entire D-Day Squadron flying in formation up the Hudson River in New York, over Manhattan Island and around the Statue of Liberty. After departing for Europe on 19 May, the aircraft will travel together on the Blue Spruce Route, a flight plan that traverses the North Atlantic, allowing for fuel stops and guidance from ground-based navigational aids on the landmasses located along the route. Each site was selected because of its history as an active airfield that would have been a stopping point in period for these historic aircraft. The squadron will stop to refuel at Goose Bay, Newfoundland, Canada; at Narsarsuaq in southern Greenland; and Reykjavík, Iceland. After arriving at Prestwick on the western coast of Scotland, the fleet will fly the next leg to Duxford where they will position themselves with the entire European C-47/DC-3 fleet for the final leg to Caen-Carpiquet in Normandy on 5 June, the start of Daks over Normandy. 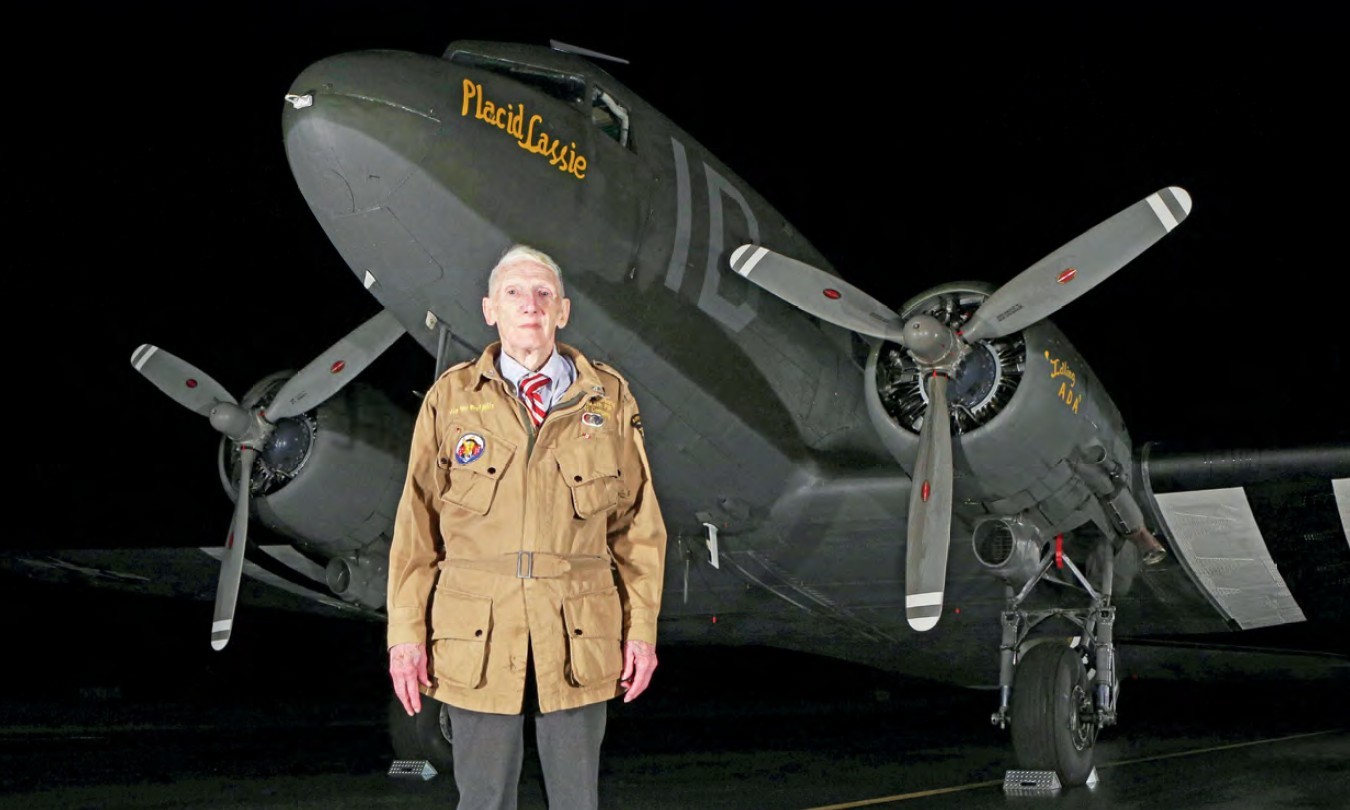 97-year-old James Martin of the 506th Parachute Infantry Regiment, 101st Airborne Division was given the nickname ‘Pee Wee’ as the lightest man in the regiment. He parachuted into Normandy at 00.30hrs on 6 June, landing near Saint-Côme-du-Mont behind Utah Beach. Martin fought in the Normandy campaign for 33 days until the 101st Airborne was relieved and returned to England in July. He is seen with the Tunison Foundation C-47 Placid Lassie. 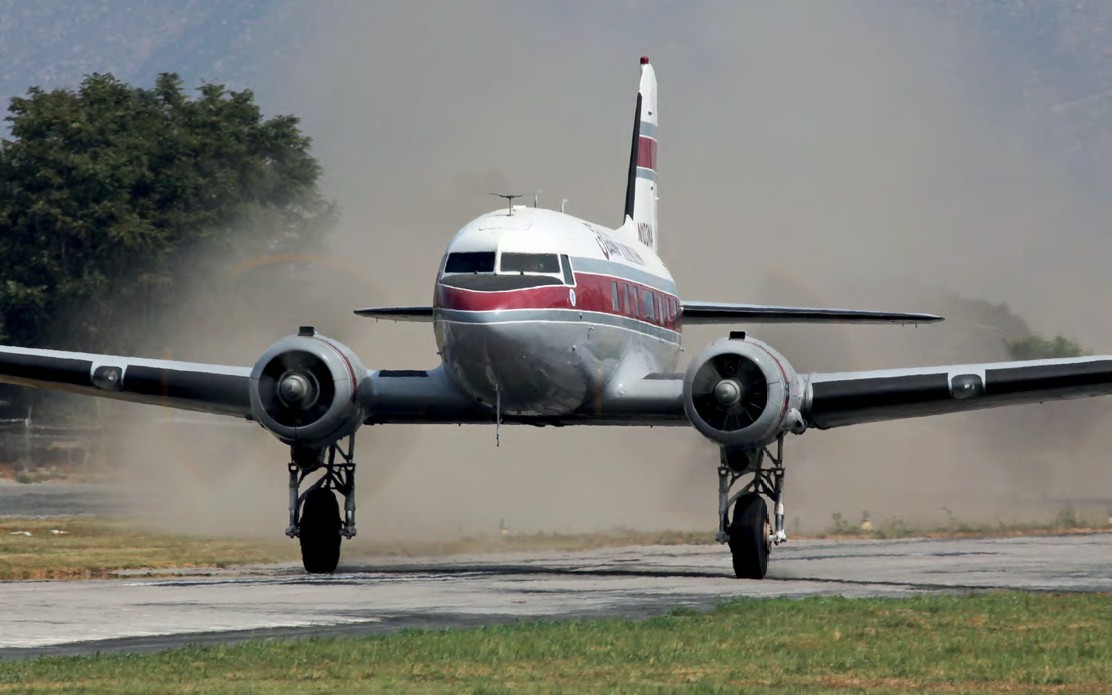 Based at Flabob, California, N103NA Flabob Express was delivered to the RAF on 20 May 1943 as Dakota FD879 and assigned to No 24 Squadron, a VIP transport unit based at Hendon. Previous owners of the machine state they have seen the original RAF logbooks recording flights made with Sir Winston Churchill and Princess Margaret on board. In July 1943 it was ferried to India where was named Orion and served as the personal aircraft of Gen Claude Auchinleck. MIKE SHREEVE

Pictured at the Sun ‘n Fun show at Lakeland, Florida in April, DC-3C N47E Miss Virginia is owned by Dynamic Aviation of Bridgewater, Virginia. It started life as C-47A 43-30665 and served as a trainer in the USA.

Another highly significant aircraft scheduled to make the trip to Europe is C-41A 40-070/N341A, which was delivered to the 1st Staff Squadron at Bolling Field, Washington in September 1939, and went on to be Gen ‘Hap’ Arnold’s personal transport. It is based in California but owned by Aerotechnics Aviation of Tewkesbury, Gloucestershire. 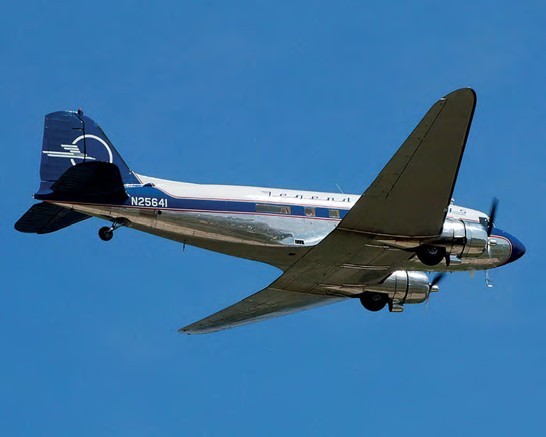 Eric Zipkin, US co-ordinator and pilot of the lead aircraft for the ocean crossing, the D-Day veteran C-47A Placid Lassie says, “I have many thoughts about the impending trip, the most significant being that it represents a unique opportunity for me to personally pass on the heritage of the war years. Both of my sons — age 12 and 14 — will be travelling with me throughout Europe and I want to ensure that they can fully appreciate the stories of sacrifice and pass them on to their peers and ultimately, their own children.

“The challenges to make this happen have been great: financial, bureaucratic and political. Ultimately, though, we are all coming together because of the significance of the event. I am hopeful that we can take this momentum forward to educate many generations to come.”