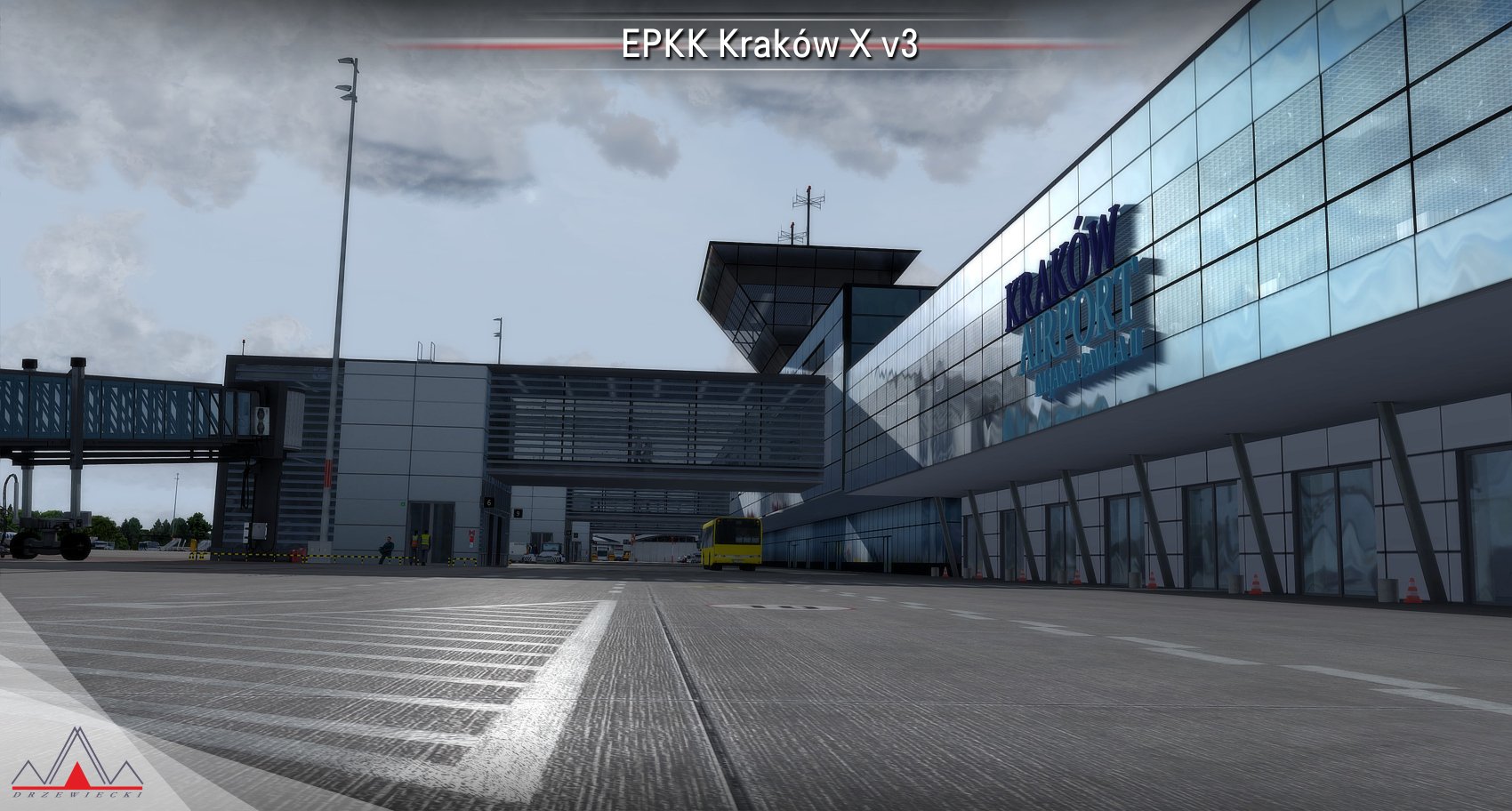 The main terminal is built from scratch with a modelled interior while many other significant buildings are made from scratch. It comes with user-controllable and weather-dependent dynamic airport lighting, 3D people and optional static aircraft.

A fully functional demo is available on the Drzewiecki Design website that aligns with the full payware version. The demo features simplified airports with main buildings but with low-resolution textures, non-animated jetways and generally much less detail.