Need ideas for your aviation library? Look no further than our monthly item, in which regular Aeroplane contributors pick four of their favourite volumes. This month’s author is commercial aviation expert Bruce Hales-Dutton (below) 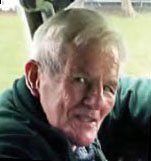 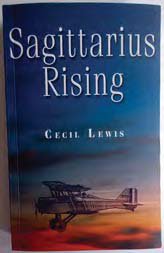 Regarded as a classic of First World War literature, this account of four years in the Royal Flying Corps by a teenager who survived to become an Oscar-winning scriptwriter combines passion with poetry. Lewis served with No 56 Squadron alongside aces like Albert Ball and Arthur Rhys-Davids, and with Home Defence units vainly hunting Gotha bombers in the night sky over London. It may have been that which influenced his view of things to come when he wrote his autobiography in the 1930s: “the bomber will always get through” was a commonly held belief at the time.

Flames in the Sky by Pierre Clostermann 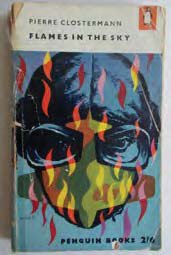 The former French fighter pilot set out to write a history of the Second World War in the air, but ended up with a distillation of hundreds of thousands of stories into just a few telling episodes. These are accompanied by notes on the aircraft featured. The vivid prose captivated an impressionable 16-year-old; years later it hasn’t lost its magic.

The Dangerous Skies by A. E. Clouston 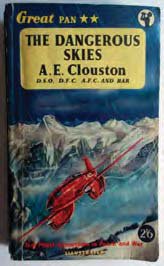 Arthur Clouston’s story about his career as test pilot, record-breaker and war hero is a real page-turner, particularly his description of wrestling DH88 Comet racer G-ACSS over the Alps in a snowstorm. Flying this aircraft, Clouston broke a clutch of records in 1938 including the round trips from England to Australia and New Zealand. The fame he gained led to the bizarre offer of £1 million to drop a bomb on Hitler during a parade in Berlin.

Mach One by Mike Lithgow 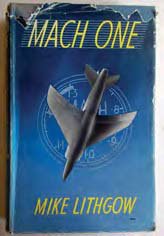 Lithgow’s account of his flying career as a wartime Fleet Air Arm pilot and world speed record-holder in the supersonic-in-a-dive Supermarine Swift is rendered all the more poignant by the knowledge that he was to die when the prototype BAC One-Eleven entered an irrecoverable deep stall. Yet Lithgow had survived participation in the Swordfish attack on the Bismarck in 1941 and prolonged immersion in the sea without a dinghy, 800 miles from the nearest land.