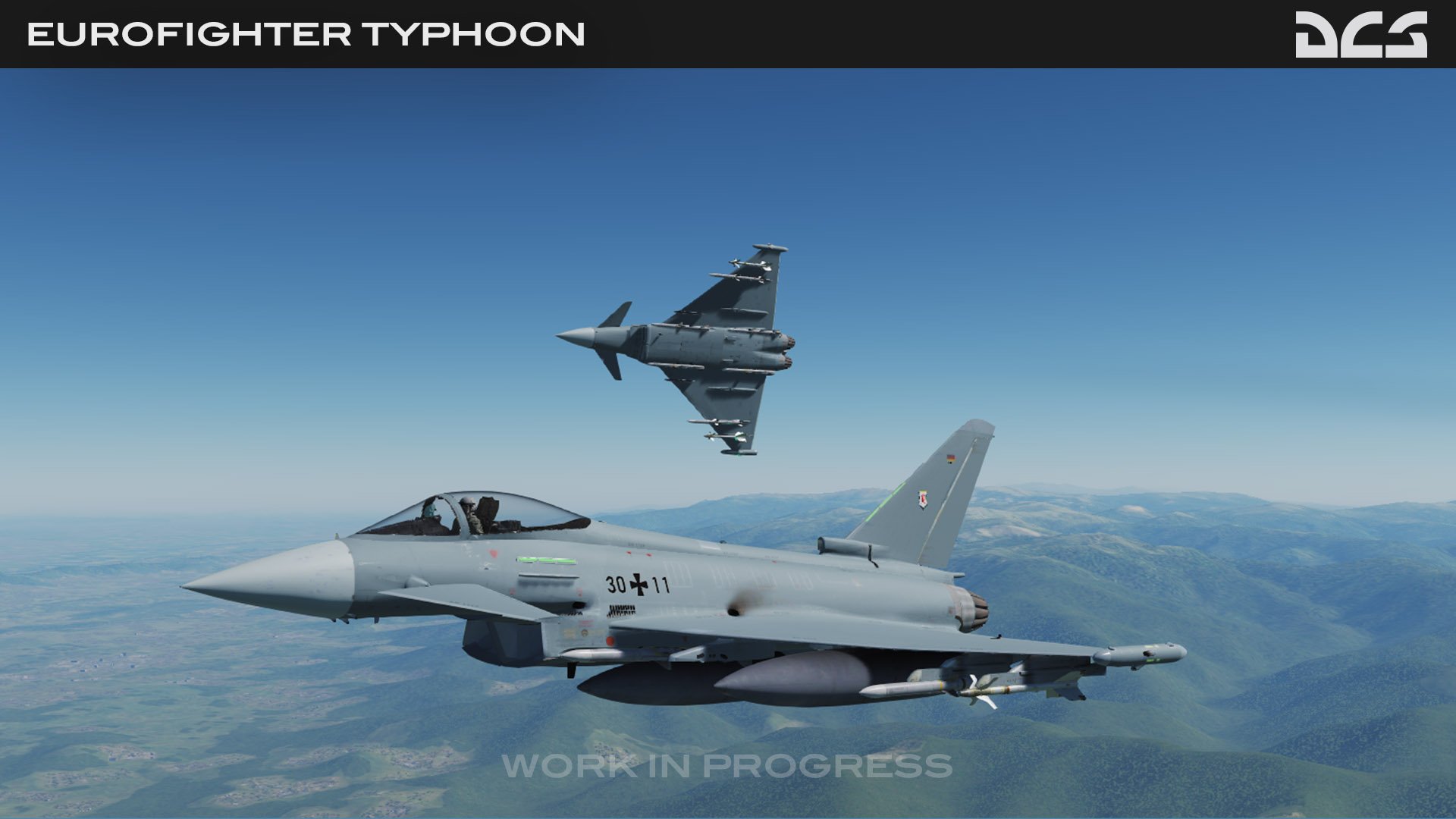 TrueGrit Virtual Technologies has been founded specifically to bring this advanced fighter to DCS. The development team is led by Gero Finke, a highly experienced former Typhoon Instructor Pilot with 15 years experience on type and an additional 10 years as a weapons instructor on the F-4 Phantom – a total of 3’000 hours of military jet flying. Gero was station commander at one of the world’s most famous fighter bases of all time, the 71st Tactical Fighter Wing at Wittmundhaven, Germany, formally known as the Red Baron´s legendary “Jagdgeschwader Richthofen” and Squadron Commander at Jagdgeschwader 73.

Their 3D designer has a background working with Airbus, Grob, Eurocopter, Luftwaffe and also with Heatblur on its DCS: F-14 project.

The lead coder has had substantial experience with various simulator projects, both in the air and ground combat realm. Two other coders with Ph.D.’s in physics and mathematics will lead the programming of the Typhoon’s extremely complex flight model.

The team has access to a number of subject matter experts such as former instructor pilots, weapon instructors and maintenance personnel.