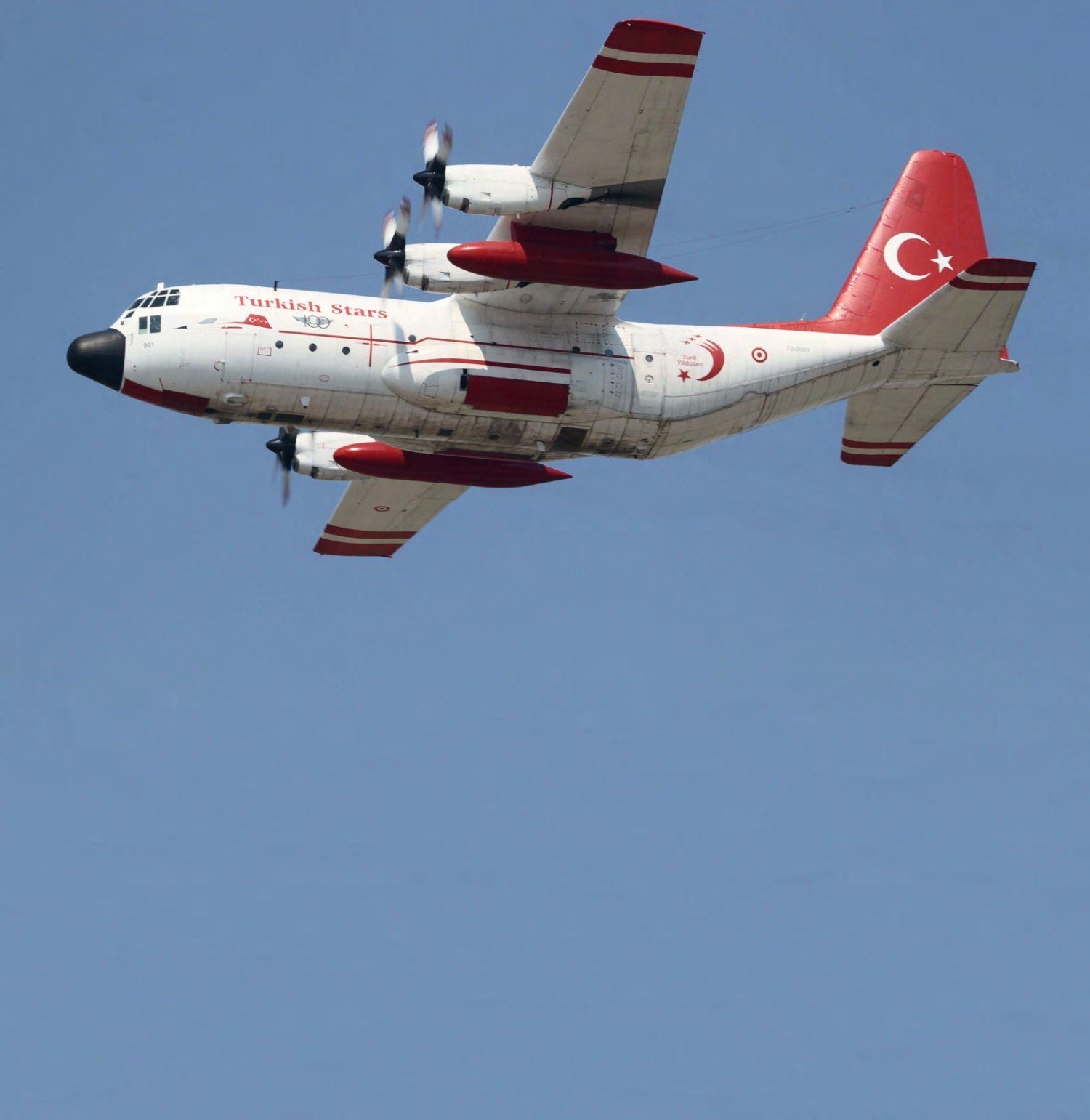 The Turkish Air Force has applied the red and white colours of the Turkish Stars’ F-5 aerobatic team to a C-130E Hercules (as seen here) and C-160D Transall.
All photos, Alan Warnes unless stated

AFM’s Alan Warnes and Arda Mevlütoğlu complete our survey on the airlifters flown by the European air forces.

One of the two A400M Atlas tactical airlifters currently flying with the TurAF departs Konya Air Base in June, barely a month before the attempted coup. Turkish media reported that they were involved in running guns at one stage, which led to most of the crews being dismissed. Turkey has ten of these brand new aircraft on order. They are flown by 221 Filo at Kayseri-Erkilet.

THE TRANSPORT fleet of the Turkish Air Force (TurAF, Türk Hava Kuvvetleri) is undergoing a makeover, with ten Airbus A400M Atlas on order – two of which have been delivered – while its C-130s and CN235M fleets are being put through extensive avionics upgrades.