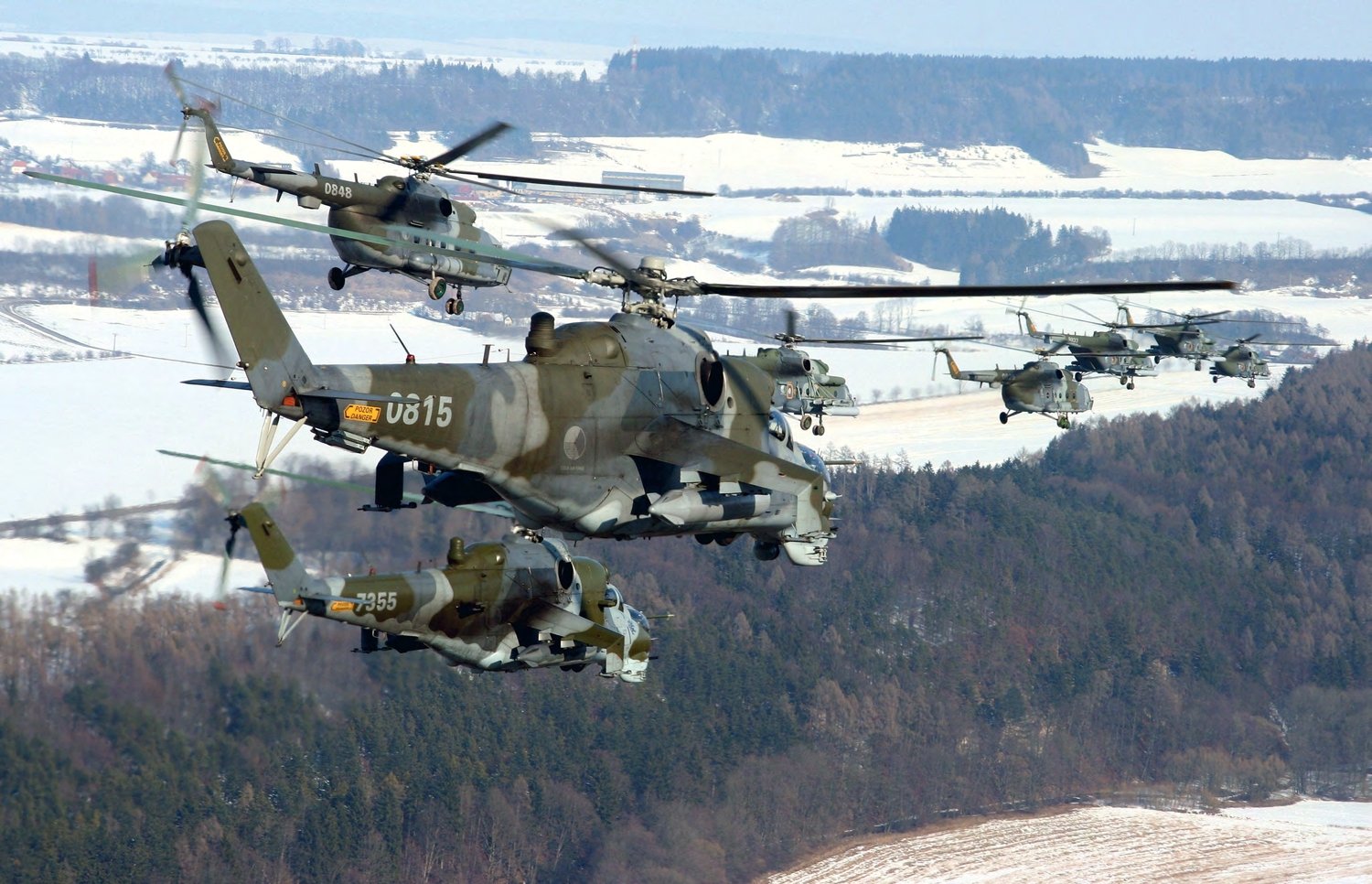 A group of 10 Mi-17/171Sh ‘Hips’ is escorted by four Mi-24/35s over the snowy Czech countryside during an exercise. Jaroslav Špaček

Conflicts, budget cuts and training programmes mean the attack helicopter fleets within NATO’s European air arms are in constant states of flux. Alan Warnes and a team of AFM correspondents turn the spotlight on the gunships of Bulgaria, the Czech Republic, France and Germany in the first of a new series.

HELICOPTER GUNSHIPS were all the rage in the latter part of the Cold War. On each side of the Iron Curtain, huge numbers of NATO and Warsaw Pact gunships prepared for a conflict that never came.

Bulgaria, Czechoslovakia, East Germany, Hungary and Poland all operated the Mi-24 Hind. Today the Hind is only flown in Europe by Bulgaria, the Czech Republic and Poland. While the Czech Republic operates 17 Mi-24V/35s, Poland maintains a fleet of 28 Mi-24D/W versions. After grounding its Mi-24V fleet, Bulgaria has since returned a single example to service.