Bernie Baldwin reports on highlights of the European Regions Airline Association (ERA) General Assembly, including a call for passenger rights rules to be reformed. 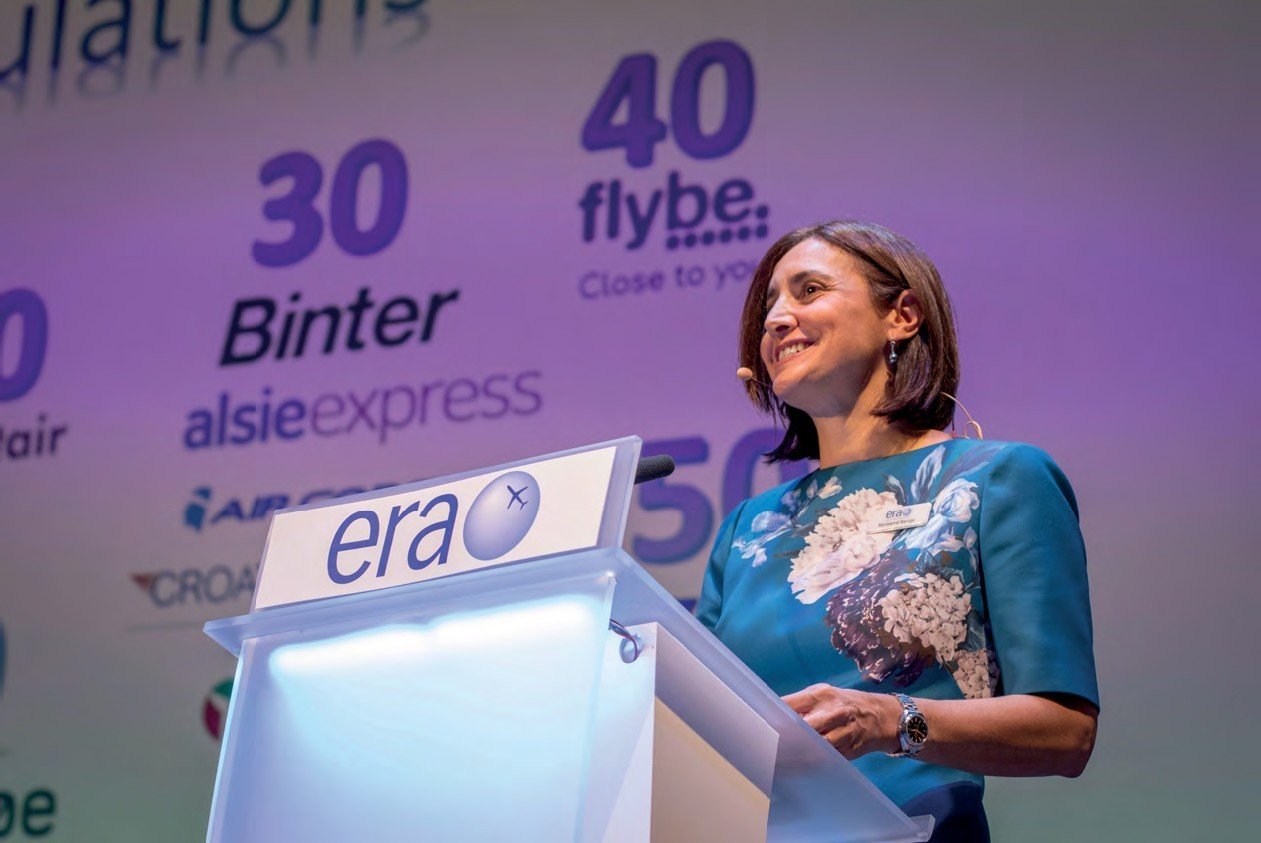 EU261 legislation was among the topics discussed by Montserrat Barriga, the ERA's director general.
ALL IMAGES ERA

Concerns over EU261 passenger compensation laws, a new aircraft model launch, and a debut ERA press conference from a revitalised brand were just some of the features of the 2019 General Assembly of the ERA, held in Juan-les-Pins, on France's famous Côte d'Azur.

Montserrat Barriga, ERA’s director general, launched a new study into the controversial legislation, carried out for the association by aviation-related experts such as Baines Simmons (compliance), Clyde & Co (global lawyers) and Gallagher Aerospace.