EXCLUSIVE: BA to cancel 100s of flights from Sunday

Travellers have been left in limbo after British Airways confirmed that it was making major revisions to its November flying programme.

Many frequencies which had already been cut back look set to be cancelled completely as the airline responds to a collapse in demand for air travel.

Key.Aero understands that domestic and international links are among those affected, with most of the changes to be implemented from Sunday 8th November for a period of up to four weeks. Skeleton services look set to be retained to the most popular destinations, however, links to cities including Inverness, Nice and Faro have disappeared from the schedule completely until early December.

In a statement to Key.Aero, a British Airways spokesperson confirmed that the flag carrier was “urgently reviewing our schedule for November”, following the UK government’s announcement of a new national lockdown for England last Saturday. 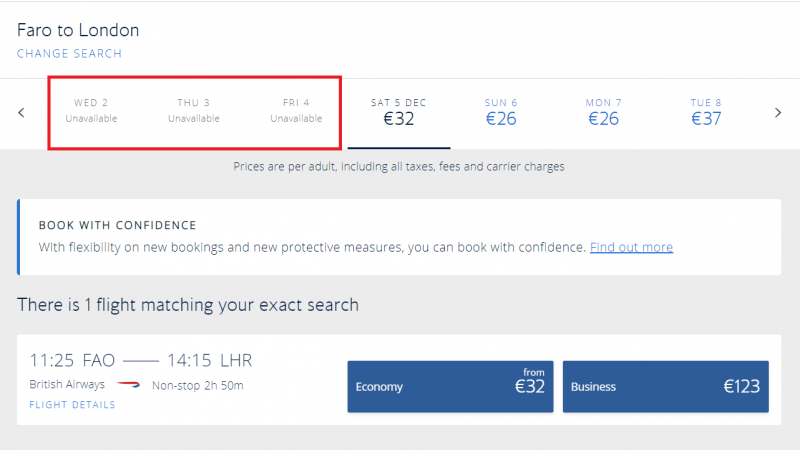 The spokesperson added: “Our focus is on keeping crucial air links open - bringing home the thousands of customers currently abroad, transporting vital goods, and ensuring people who are permitted to travel in and out of the UK for work, education and other reasons stipulated by the UK Government, can continue to do so.”

The Heathrow-based operator said it would be contacting customers who flights were cancelled to offer refund options, “as well as encouraging customers who wish to change their booking to do so”.

Meanwhile, British Airways was forced to close its lounges at Heathrow owing to England’s latest restrictions. Both the Galleries South Club and First lounges at Terminal 5 were shut yesterday.

This is a breaking story, we will update this page as we get it.