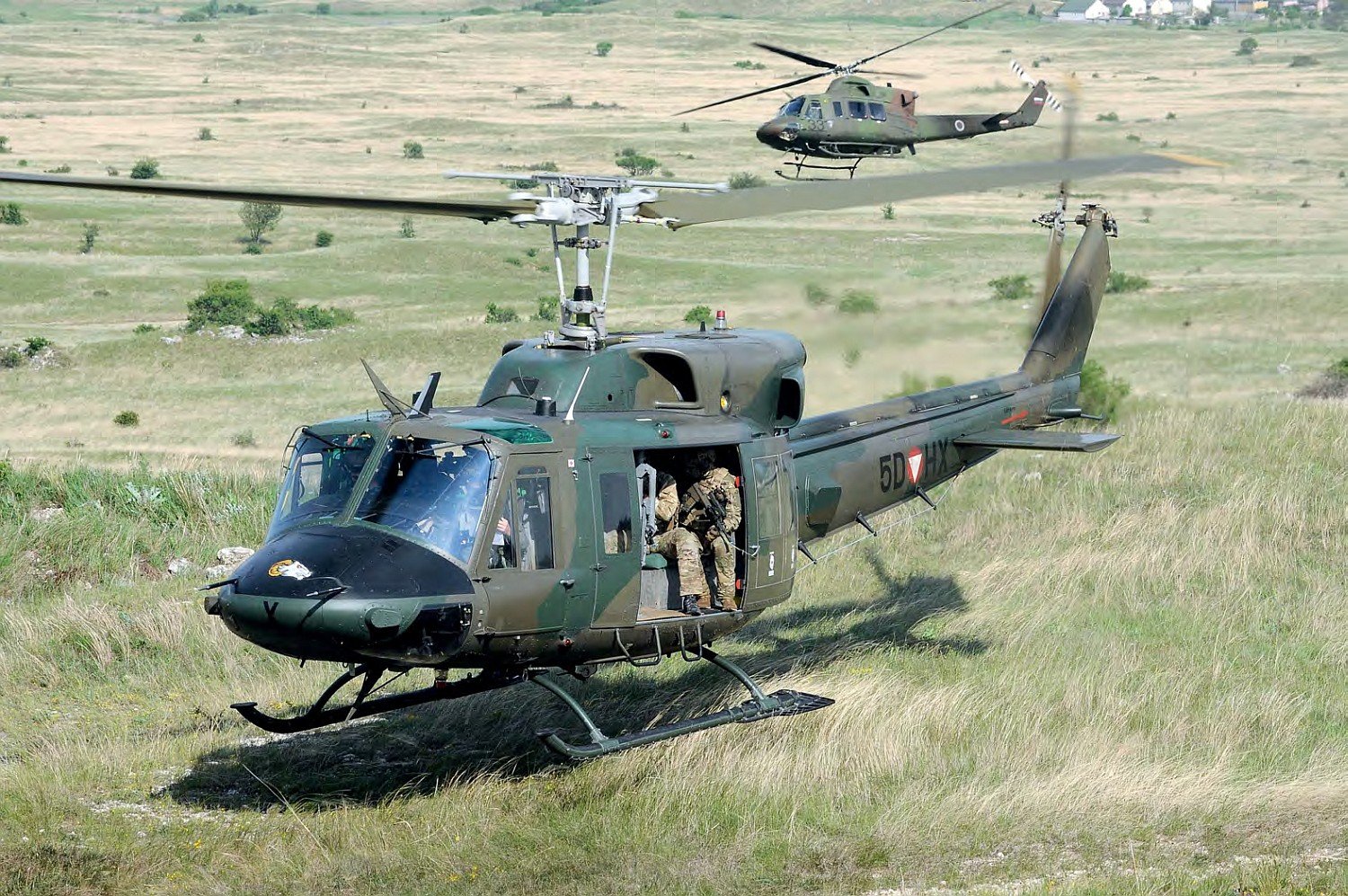 Special forces are flown in to the exercise area on board Austrian AB212 5D-HX and Slovenian Bell 412EP H2-33.
All photos, Kees Otten and Wim Das

FIRE BLADE 17 (FB17) took place in Hungary, and made use of some of the most realistic training areas in Europe. Live-firing exercises formed an integral part of Fire Blade, which attracted 14 helicopters and around 500 personnel from five member states to Pápa air base from May 1-12.

A total of eight combined air operations (COMAOs) were scheduled. Separate training flights in the morning were followed by COMAOs in the afternoon, as well as further training flights during the hours of darkness to train with night-vision goggles (NVGs).