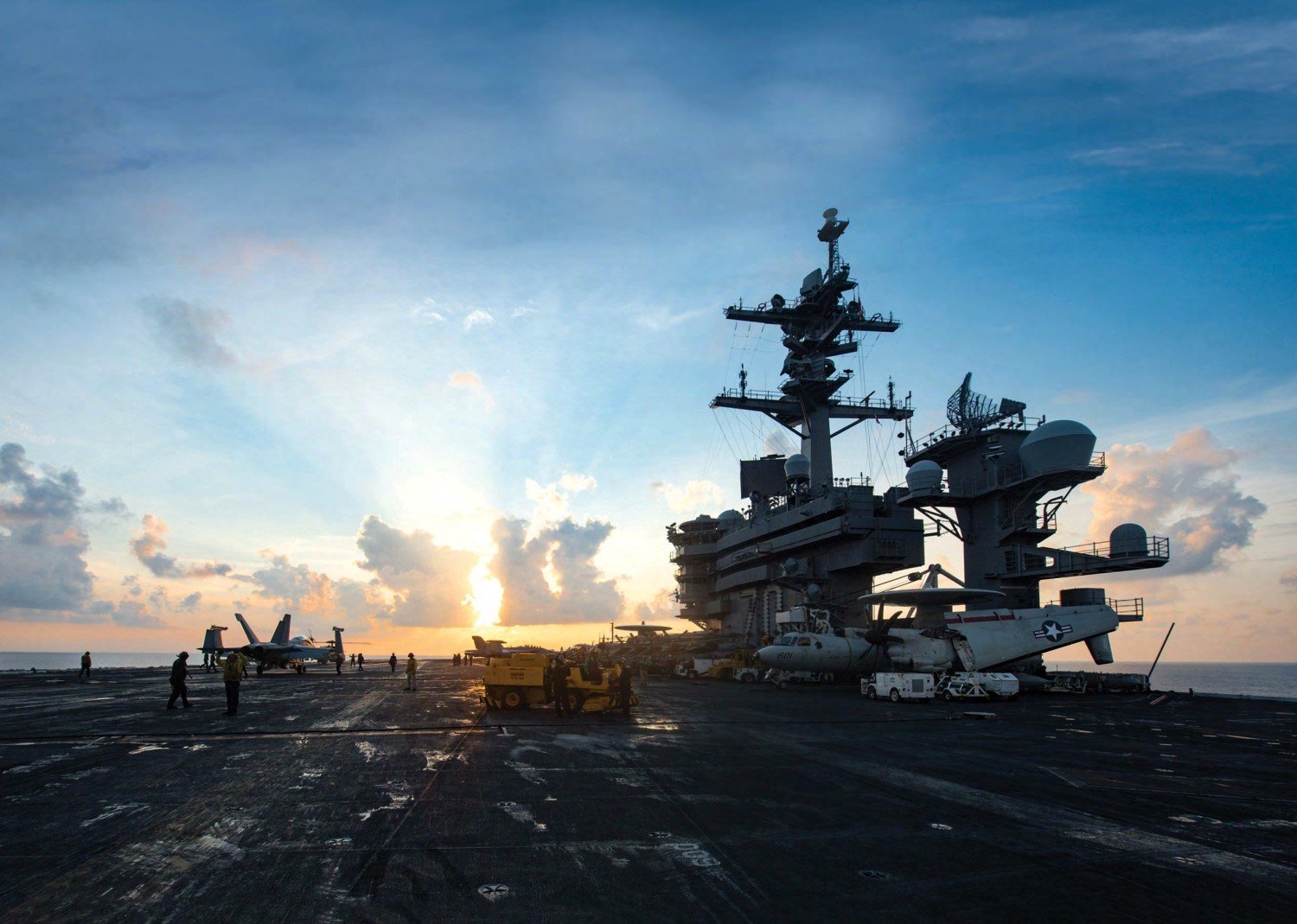 The aircraft carrier USS Carl Vinson (CVN 70) transits the South China Sea on its way to patrol off the Korean Peninsula. Media reports were quick to highlight that it actually took several days to change the carrier group’s course to head north.
US Navy/MCS3C Matt Brown

TENSIONS ON THE Korean peninsula are running particularly high. Some would say they’re nearing crisis point, not least due to the fact that in early April the Pentagon ordered the USS Carl Vinson (CVN 70) Strike Group to provide a ‘physical presence’ off the coast of the peninsula, as concerns grew over North Korea’s ballistic missile tests and continued pursuit of a nuclear program.