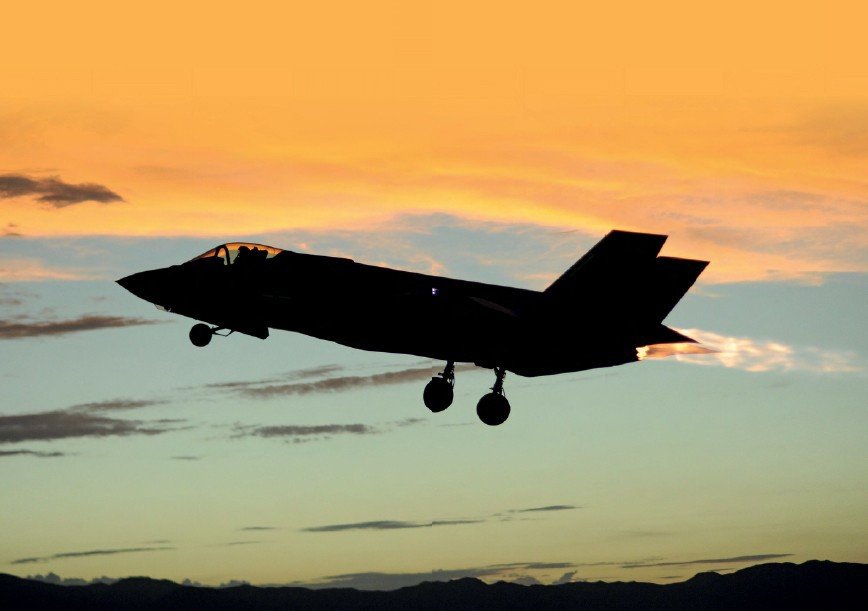 The intelligence, surveillance and reconnaissance (ISR) mission has been a core competency of airpower since its beginnings. Whatever else an air arm may be called upon to do, ISR makes other missions possible through the digital networks of sensors, both airborne and terrestrial.

US Air Force Chief of Staff General David Goldfein said in Washington on July 26: “Victory will go to the nation that can take all the ones and zeros and turn them into superior situational awareness.”

Airpower almost invariably operates as part of a coalition, whether in combat or on exercises. In 2017, the systems shaping international ISR capabilities are the Lockheed Martin F-35 Lightning II, unmanned air vehicles (UAVs) and pod-mounted sensors; all have integral datalinks that downlink to gateways and can be connected to the type of networks on which General Goldfein is relying.

In 2017, the F-35 has started flying from home-country bases in Israel and Italy, with Norway to follow. It has already demonstrated its potential as a multidomain ISR platform.

Speaking at an Air Force Association seminar in Washington DC on July 11, the commander of Air Combat Command, General Mike Holmes, said the F-35’s capabilities are likely to increase once the planned Block 4 and other upgrades are operational.

Among international users, the Israeli Air Force is on schedule to achieve initial operational capability with its F-35As in December 2017. Its chief of staff, Major General Amir Eshel, who remains on flight status and has gone through F-35A conversion training, has told his US counterparts what Israel is discovering about the F-35’s ISR capabilities. Secretary of the Air Force Heather Wilson quoted him as saying, after flying seven missions in the F-35A: “This changes everything. There is nothing like it.”

According to Mike Holmes, Eshel called the F-35 game-changing, and said the first time Israeli F-35s flew in country they saw things they had not seen before, and captured data revealed that things were out in the battle space that they did not know about. The first F-35 sorties provided the Israelis – longstanding experts in ISR – with enhanced situational awareness. Holmes considered it a demonstration of how the F-35 provides unparalleled ability in multidomain battle.

F-35 international operators will have access to multidomain ISR capabilities currently being developed for the F-35 by the US through participation in exercises such as Red Flag and its recent deployments to Europe (by the 388th Fighter Wing) and Japan (by Marine Fighter Attack Squadron 121).

Speaking in Washington DC on May 23, Marine Colonel Peter McArdle Branch Head for Aircraft, Weapons and Requirements, Aviation at Headquarters, US Marine Corps, said: “One F-35 capability in development, is the ability to pass synthetic aperture radar-generated coordinates from the F-35 automatically to the Advanced Field Artillery Tactical Data System, used by the US military to fire the High Mobility Artillery Rocket System.”

For this, the F-35 uses the same Multifunction Advanced Datalink (MADL) system it uses for air-to-air communications. The US Army’s Command Post Computing Environment – the first unit is scheduled to be equipped by 2019 – is designed to receive targeting information downlinked from F-35s and deconflict it with Blue Force Tracker inputs that show the locations of friendly forces. Because the MADL transmits the information in NATO-standard K-series message format, international F-35 users can integrate it with their own command and control systems.

Since the 1990s, coalition air operations have made increasing use of UAVs to carry a wide range of sensors. In the fighting against ISIS forces around Sirte, Libya, between August and December 2016, even without US or coalition boots on the ground, US Air Force Block 1 MQ-9 Reaper UAVs were able to combine sensor capabilities to detect individual snipers and designate the target using the onboard laser target designator for attack by another, armed, Reaper.

General Atomics is currently producing Reapers for both the US Air Force (which has retired its predecessor, the General Atomics MQ-1 Predator) and international users, including the UK, France, Spain and Italy, who will be joined in late 2017 by the Netherlands, at which time it intends to procure one system comprising four air vehicles.

The first combat mission of an upgraded Block 5 MQ-9 Reaper took place on June 23 as part of Operation Inherent Resolve over Iraq and/or Syria. In addition to its ISR mission, over the course of a 16-hour sortie the Block 5 Reaper delivered one 500lb (227kg) GBU-12 laser-guided bomb and two AGM-114 Hellfire missiles. Mike Holmes said: “We are procuring MQ-9 versions, now that Block 5 has been fielded. Two years ago, we thought we had enough. Now we are looking at procuring 20-35 a year to build up and keep our force at the right size, but we have not yet decided on buying MQ-9 forever.” Under current plans, deliveries of 350 Block 5 Reapers will be completed in FY2021; the Air Force is currently studying whether this number needs to be changed. The US Air Force is interested in a potential MQ-9 replacement, designated MAISR (Medium-Altitude ISR) that would also be a likely follow-on procurement for international users. 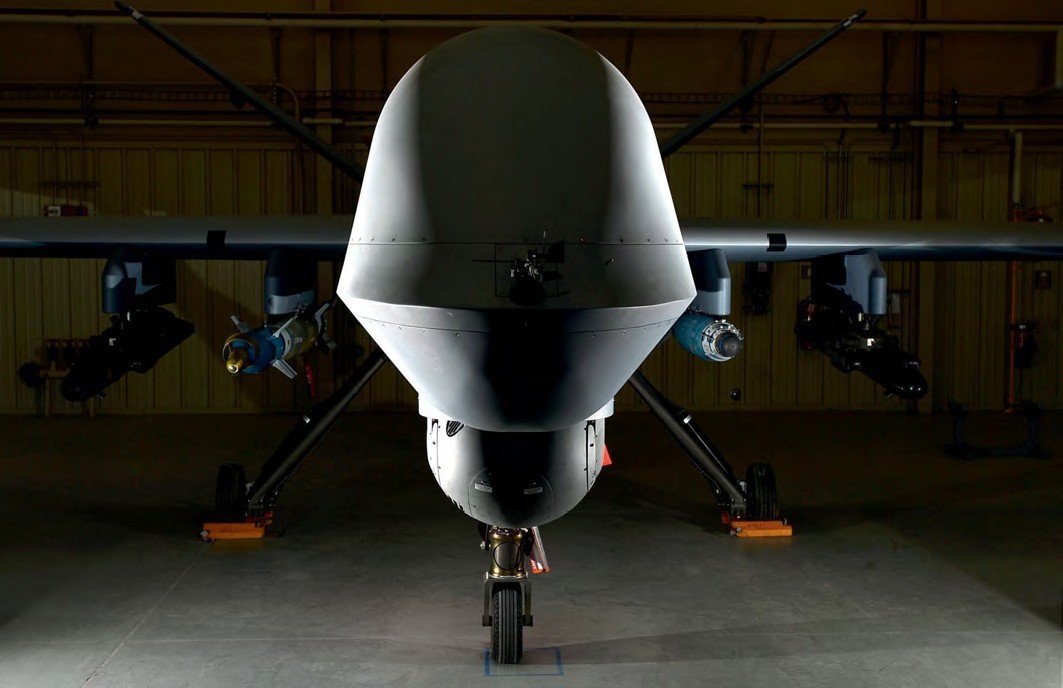 Other medium-altitude long-endurance UAVs are also being adopted by international users. The Israel Aircraft Industries Heron 1 has been used by Germany in Mali and Afghanistan. Building on this operational experience, Germany chose to procure five advanced Heron TP UAV systems rather than Reapers. Crew training started in 2016, though the air vehicles will not be operational until 2018 (the lease of the Heron 1s has been extended to cover the shortfall). The multinational European medium altitude long endurance, remotely piloted air system (another name for a UAV) completed its ten-month system definition phase at the end of July. France, Germany Spain and Italy have decided on a twin-turboprop design. Development is planned to start in 2018, with first flight in 2023. 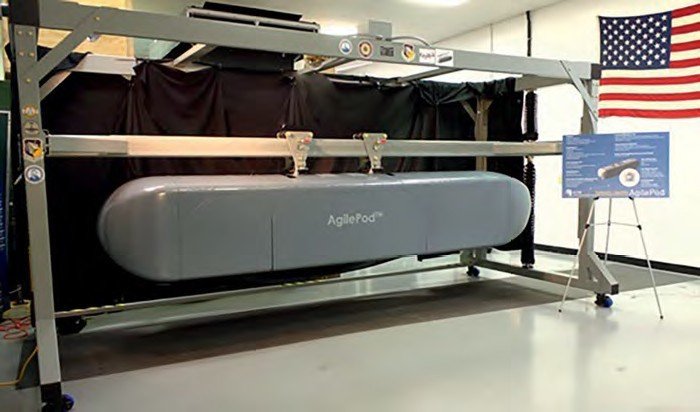 Enhanced ISR sensor pods have the potential to provide enhanced capabilities to manned and unmanned platforms, ranging from an infrared search and tracker system intended primarily for air-to-air combat or having a multispectral capability capable of wide area surveillance. ISR pods benefit from the miniaturisation of sensor, data processing and datalink technologies in recent years. Current developments are aimed at fielding open-architecture pods that can be tailored to mission requirements. The Lockheed Martin Legion and the Northrop Grumman OpenPod are examples being offered to both US and international users. Less expensive pods with integral datalinks have made a range of manned and unmanned platforms mission capable.

An example of the international cooperation enabled by sensor pods – a European-designed pod for US-designed UAVs – is represented by Raytheon Deutschland’s Advanced Radar Detection System (ARDS) pod. The pod is currently undergoing ground testing and will start flight testing at Naval Air Weapons Station China Lake, California, in early 2018. Developed as a private venture to be compatible with Predator and Reaper UAVs, ARDS uses an upgraded version of the technology incorporated in the Digital Electronic Locator System that will be retrofitted to German Luftwaffe and Italian Aeronautica Militare Tornado ECR (electronic combat and reconnaissance) aircraft starting in 2018.

The direction of future ISR sensor technology is shown by a modular, flightline configurable, multispectral sensor pod currently being developed as part of the Air Force Research Laboratory’s AgilePod programme. Risk reduction tests, flown with an AgilePod carried on board a Douglas DC-3 Dakota, concluded in July 2017. Flight tests, on a Reaper, are planned for later this year. The modular approach will allow international users to order pods that can meet their precise needs.

Other pods have gone into service on Cessna 208 Caravans modified by L3 Technologies. The aircraft and pods, donated by the US Government, were delivered to the Philippines in July and used for counterinsurgency operations on Mindanao: an example of an ISR pod with a datalink that enables a light aircraft to function as a manned UAV.

While advances are emerging from multiple international sources, the US Air Force has been the major player in the ISR mission area in coalition air operations for decades. This includes the current Operational Inherent Resolve against ISIS forces in Iraq and Syria, and 2011’s Operation Odyssey Dawn in Libya. Currently, ISR aircraft represent 9.9% of the US Air Force inventory, two-thirds of them unmanned – up from 3.2% as recently as 2007 – and has some 35,000 personnel assigned to and conducting ISR missions; more people than in the entire Royal Air Force.

However, the future follow-on types to today’s US Air Force ISR aircraft, manned and unmanned, are uncertain. The service is starting to consider whether scarce resources should be invested primarily in follow-on platforms similar to the aircraft they are replacing, or whether the Air Force should develop a network where different parts of the mission can be split among multiple platforms – perhaps cheap and expendable UAVs, perhaps on satellites – all linked and fused together off-board, at a remote location, by a process making extensive use of artificial intelligence enabled by machine learning.

Because of the size of the US Air Force’s commitment to the ISR mission, the decisions it makes will inevitably have an effect on international air arms.

Brigadier General Alex Grynkewich, who led the Air Force’s Air Superiority 2030 Flight Plan study, speaking at the Mitchell Institute in Washington DC, on July 10, said: “For airpower, the biggest gap is in find and fix capability, rather than the ability to create kinetic effects on targets. Rather than replacing current aircraft, manned or unmanned, with improved versions of themselves, the most efficient approach is to disaggregate capabilities rather than have them in one place.”

Grynkewich thinks that rather than looking at mission-specific platforms, the future will see General Goldfein’s ones and zeros delivered from multiple networked platforms: “We always get criticised about not thinking about families of systems and families of capabilities, and that while we may think about families, we end up building platforms. That is not how we operate in Syria. What matters is the network of capabilities.”

The US Air Force is launching a year-long study comparable to the Air Superiority Flight Plan to provide guidance on the future of ISR for the next 30 years; guidance that will undoubtedly have an effect outside the service. If the future of ISR is to be more about the networks rather than the aircraft – “focus on the highway, not the truck”, as General Goldfein said – then this may open up new avenues for international opportunities in ISR.

Future advances in ISR, and especially networking, are likely to apply advances coming from the commercial sector, because that is where most of the investment is and because, generally speaking, the commercial sector has demonstrated, in recent years, its ability to produce technological advances quicker and at less cost than defence research and development. Origins of the new technologies that can make network-centric ideas into realities do not have to be in the United States, but may reflect the globalised nature of commercial high technology. If 2017 ISR development has been about the international adoption of F-35s, UAVs and pods, the future may see technologies moving in the opposite direction. 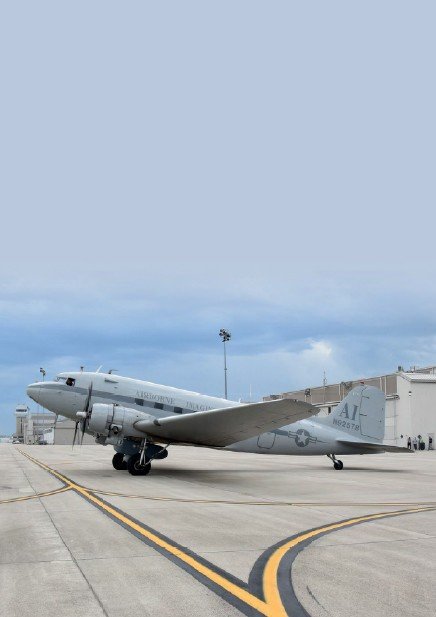 The Air Force Research Laboratory’s AgilePod performed a series of flight tests aboard a Douglas DC-3 aircraft in preparation for integration on an MQ-9 Reaper unmanned aerial vehicle later this year. Reconfigurable on the flight-line, the AgilePod enables operators to meet a variety of mission sets with multiple sensors on a single platform. The 1943-model DC-3 used, N92578, is owned and operated by Airborne Imaging Inc, based at Midlothian, Texas.
David Dixon/US Air Force