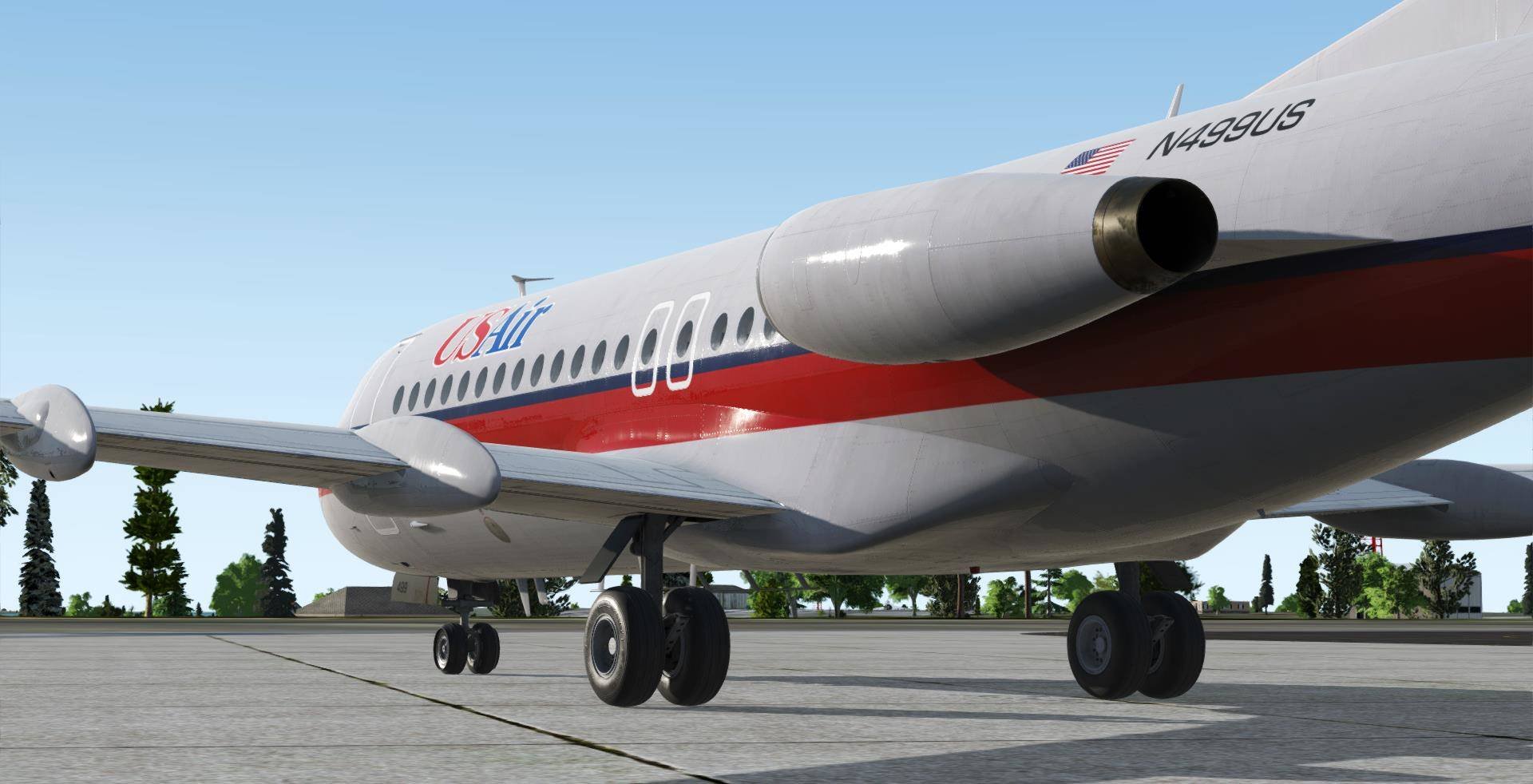 The F28 will take advantage of the latest technologies such as PBR materials and TFDi RealLight and TrueGlass along with realistic animations such as dynamic wing-flex, passenger, service and cargo doors, and the distinctive spoilers and tail-mounted airbrake.

Up front, the virtual cockpit includes the captain, co-pilot and jump-seat positions with nearly all switches, knobs and levers animated and functional. It will feature custom-coded autopilot, hydraulic, electrical, engine bleed, fuel and pressurisation systems. Other highlights include wear and tear based on extensive reference photos and custom sounds.

The Just Flight development team has recently expanded to provide complex study-level aircraft so the F28 will feature custom-coding throughout, including the use of external systems to bypass simulation limitations, and highly realistic flight dynamics with input from real-world F28 crew.