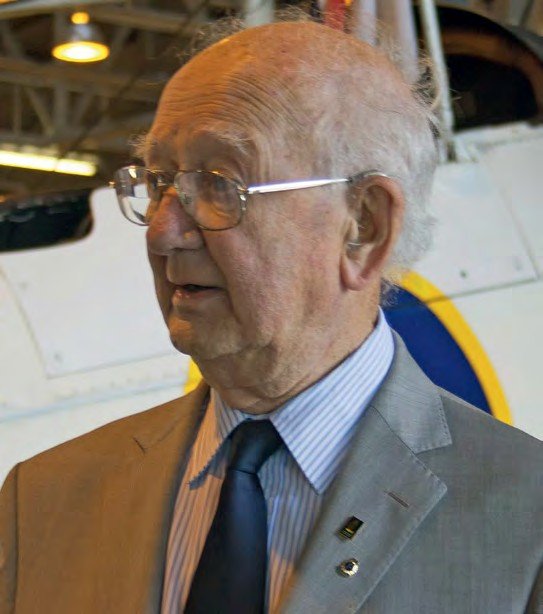 On 21 September, 12 Fleet Air Arm veterans were honoured at RNAS Yeovilton, at an event dedicated to the Fairey Swordfish and the men and women who flew and worked on it. Louise Evans of organising charity Navy Wings described the Swordfish Heritage Day as, “A special day reuniting 12 World War Two Swordfish veterans with the oldest flying Swordfish in the world”. The event was also attended by current Navy Wings aircrew and supporters of the charity.

The veterans included pilot Lt John Bowden, who ditched a Swordfish with a live torpedo attached, and Peter Jinks, a telegraphist air gunner on HMS Archer, which Peter revealed had unreliable engines, making flying operations risky: “If the engines weren’t pumping well, you’d feel your wheels go over the end of the flight deck, and you’d go down. Being in the back seat I had a good view of the deck disappearing, and our slipstream making waves on the water, we were so low.”

Navy Wings aims to “inspire future generations and create a focus for remembrance by keeping heritage aircraft in the skies”, those including Swordfish LS326 and W5865, the oldest Swordfish still flying.