Mark Broadbent looks at the different aspects of the competition between Airbus and Boeing for widebody aircraft sales, and possible openings in the market 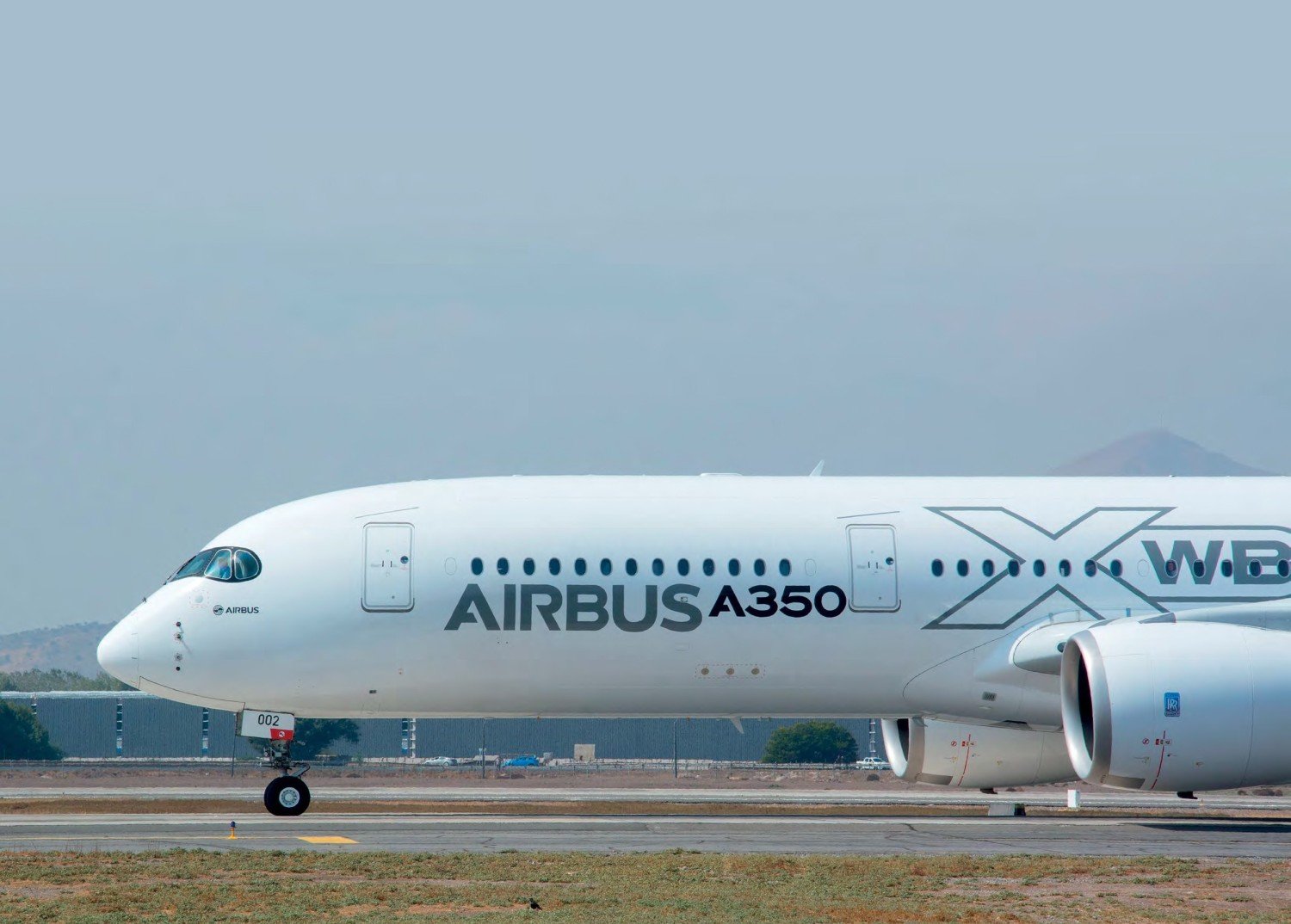 Although the battle between the commercial aircraft industry’s two original equipment manufacturer (OEM) heavyweights has in recent years centred around singleaisle narrowbody airliners, taking on greater significance in the contest between Airbus and Boeing are their twin-aisle widebody airliners. In one corner, there’s the A350 and A330neo. In the other corner, the 777X and 787.

Industry analysts are paying more attention to the OEMs’ sales activities for these aircraft because although both companies have bulging orders sacks for single-aisles (Airbus more than 6,000 orders for the A320 family and Boeing over 4,000 for the 737), widebody backlogs are reducing.

Of all these segments, one of the most active in the orders battle just now is the 250-300 seats area contested by the A330 and 787-9. The challenge to the A330ceo models posed by the 787-9 led Airbus, in 2014, to launch the A330neo with Rolls-Royce Trent 7000 engines and aerodynamic improvements; the first customer example is due to enter service with TAP Portugal this year. Airbus claims the A330neo burns 25% less fuel than a A330ceo as well as offering a 25% lower capital cost and a 7% better per-seat operating cost advantage on a 787-9.

As 214 sales in four years shows, however, the A330neo has sold slowly so far. Furthermore, the 787-9 has recently scored notable victories over its European competitor thanks to orders earlier this year from both Hawaiian Airlines (ten aircraft) and American Airlines, which ordered 25 (as well as 22 787-8s). Hawaiian’s order was a double blow for Airbus as the carrier cancelled a previous A330neo order to switch to the Dreamliner.

Although American still operates legacy Airbus widebodies (22 A330-200s and nine A330-300s), as industry consultancy CAPA noted in a May 2018 report the carrier’s latest 787 orders mean Boeing now holds 100% of the airline’s orders for new widebodies. Another major United States network airline, United, also operates a sizeable Boeing fleet, with 37 Dreamliners and 91 examples of the 777. With Air Canada’s sizeable 787 and 777 fleets and WestJet selecting 787-9s for its new low-cost long-haul operation, which will start operations in 2019, the power balance for new widebody aircraft sales in North America is clearly tilted in Boeing’s favour.

Further orders contests loom as airlines seek new equipment for re-fleeting and/ or expansion, especially at the lower end of the seating scale. In a blog earlier this year, Boeing Commercial Airplanes’ Vice-President Marketing Randy Tinseth wrote the company was working on “a number of campaigns”. He didn’t elaborate, but one could well be United’s requirement to replace its fleet of 51 767s used for transcontinental and some transatlantic services. Reuters reported in May the 787 was favoured over the A330neo; unsurprising perhaps given United’s large 787 fleet.

United is not the only major network carrier looking at new aircraft in the 250-300 seats category. Recent reports say the International Airlines Group (IAG), parent company of British Airways, Aer Lingus, Iberia and Level, wants to add further widebodies to its fleet. IAG Chief Executive Willie Walsh has said the company is looking at further widebodies for Aer Lingus and Level, both A330 operators, interesting given IAG executives’ previous statements about a minimal operating cost difference between a 787 and an A330.

In the 300-350 seats segment, a report from the Teal Group consultancy says: “The A350-900 looks good. The big variable here is the 787-10. The qualities that make the 787 potentially great – its optimisation as a point design – could well make growth version development difficult. So, the A350-900 could prevail as the 777-200ER replacement option of choice.”

A win for Airbus in this area came last September when United announced an order for 45 A350-900s to replace its 55 777- 200ERs, but the sizeable stock of Boeing 777- 200ERs dating from the late 1990s/early 2000s operated by many other airlines (including American, British Airways, Korean Air Lines and Saudi Arabian) which will become ripe for replacement in the coming years, means this segment could become a particularly closelyfought part of the widebody tussle.

There may be other opportunities in the 300-350 seats range. Even though AirAsia has an agreement with Airbus for ten A350-900s to equip its AirAsia X long-haul unit, the group’s Chief Executive Tony Fernandes indicated earlier this year the 787-10 could be an option to add more capacity alongside its A330-300s and forthcoming A330-900neos. Another low-cost carrier in the Asia-Pacific region, IndiGo, has meanwhile indicated it wants to move into the long-haul arena and one recent report has said it could be close to a deal for around 50 widebodies. 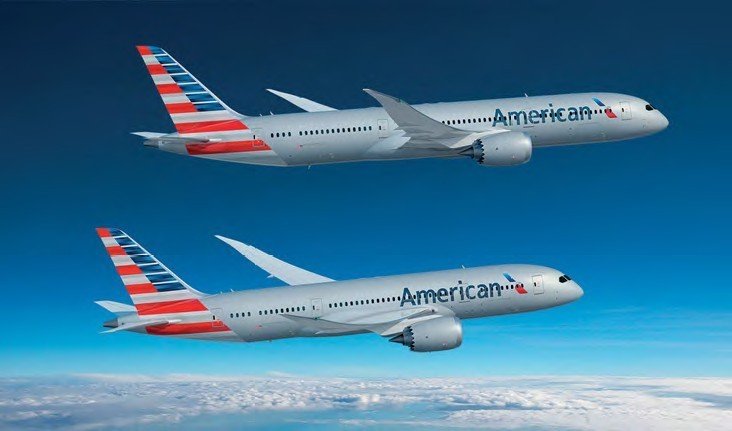 Elsewhere, the chief executive of Saudi carrier Flynas was recently quoted as saying the airline is considering a long-haul operation, while Aerolíneas Argentinas last year expressed plans to introduce new widebodies by the mid-2020s to supersede its A330s and A340s.

Teal’s analysis says: “The 777 is the big winner of the long-agonised-over minijumbo competition … The 777 orderbook includes nearly all the most important airlines in the world and is much firmer than the competition’s. You could say that [an airline] without a 777 is not a serious player.”

Despite the 777-300ER’s popularity Airbus says the A350-1000 beats it, claiming its aircraft offers 25% reductions in fuel burn, emissions and operating costs. Former Airbus Chief Operating Officer Customers John Leahy said earlier this year shortly before leaving the role: “This is the aircraft that’s going to be the 777-300ER of the future.”

Sales totals for aircraft in the category for the largest passenger aircraft, those with more than 400 seats, are even lower. Only 331 A380s have been sold in 18 years and business has been thin for the 747-8 Intercontinental, with 51 sold. The 777-9, the new 777X variant optimised for more than 400 seats, has done better than the 777-8 but has still only picked up 326 sales in its five years on the market.

Richard Aboulafia, Vice-President Analysis at the Teal Group, told AIR International: “All these aircraft are victims of ongoing airline route fragmentation, which is keeping the average size of a twin-aisle jet at around 300 seats. The 787 and A350-900 are doing fine; all larger aircraft are fighting for a thin trickle of orders.

“Given that context, it’s hard to see who has the superior product or who is in the lead [in the segment]. The 777X family certainly has more orders, but it’s also more dependent on the Gulf carriers, who are not in great shape. Then again, the A350-1000 order book includes several dozen Iranian orders, which are now certainly at risk.”

A key reason why sales of aircraft with higher seat capacities are thinner than for the market segments served by the A330/787 is simply there is only a limited number of requirements for the biggest widebodies, meaning twin-jets with 250 to 350 seats are optimal for most airlines’ needs. Route fragmentation, the Teal Group analysis notes, “might just keep migrating downwards. Since range and good seat mile costs are the real prizes, the 787 and the A350 will start eating into the 777 market”.

“Route fragmentation is keeping the average size of a twin-aisle at 300 seats.” 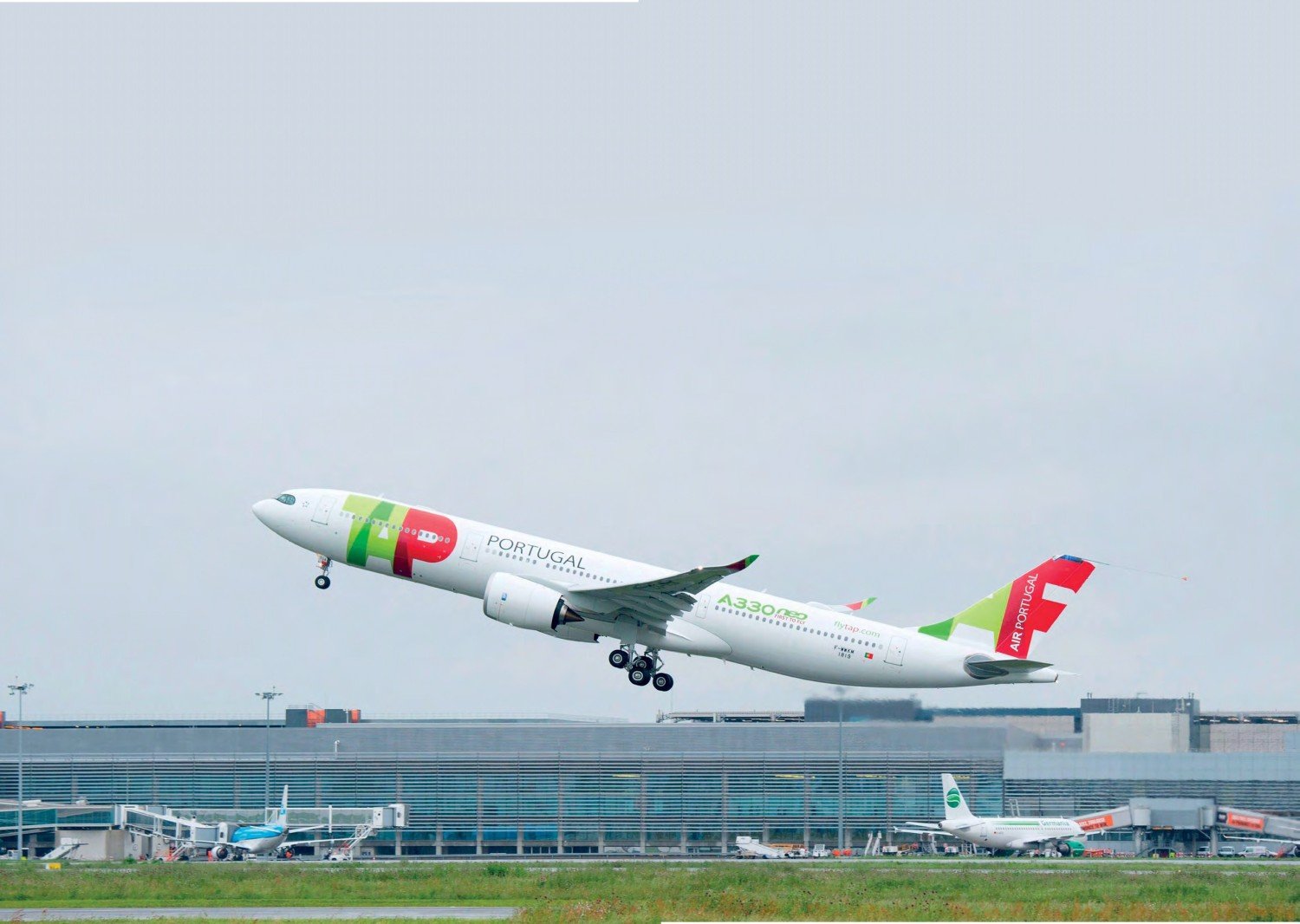 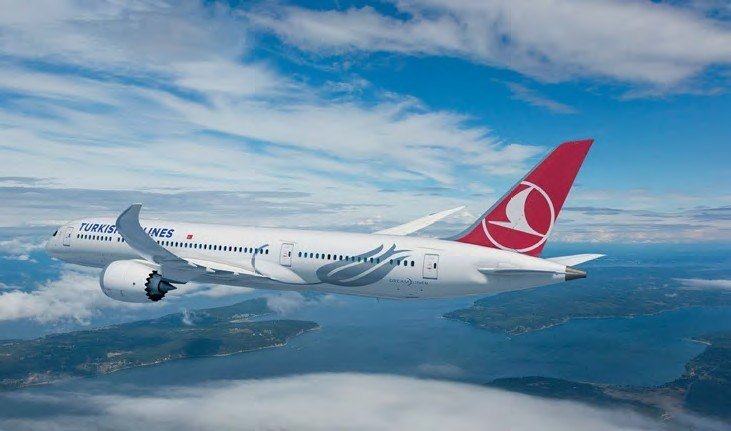 Many airlines split their widebody aircraft orders between manufacturers, as Turkish Airlines has done this year by ordering both 787-9s (pictured) and A350-900s.
Both images Boeing

Reflecting this bigger picture, Airbus has for the time being shelved the idea of developing a notional stretched variant of the A350 to compete with the 777-9, meaning this aircraft currently stands alone in offering twin-jet operating costs and 400 seats-plus capacity. Boeing’s 777-9 will be the highest-capacity twin-jet airliner ever built.

This, however, might not preclude the development of specialised versions of aircraft for certain missions. Airbus will this year deliver the A350-900 Ultra-Long-Range variant to Singapore Airlines for long-haul flights to the United States. Another flagship opportunity in the Asia-Pacific region is Qantas’ desire for an aircraft able to fly non-stop from Australia’s eastern coast to Europe and North America. The carrier’s Chief Executive Officer Alan Joyce has said a purchase decision could be made in 2019, with deliveries in the early 2020s.

Success for one manufacturer in a widebody campaign doesn’t necessarily shut out the competitor. Some airlines prefer to split aircraft orders between OEMs; some jets purchased from one company fly missions in one seat category and rival types from the other manufacturer serve another purpose.

United is a good example. As noted, it has ordered 45 A350-900s, but it has also ordered 14 787-10s. The airline says the types are complementary; in an investor’s presentation earlier this year, it explained the combination will “provide a solid tag-team 777-200ER replacement solution … [the] 787-10 will sufficiently cover markets below 7,200 miles while [the] A350-900 will cover longer-range markets”.

There are many other examples of the large network airlines in Europe, the Middle East and Asia splitting business between the OEMs in this way. Just last year, Singapore Airlines – a key A350 customer with 67 orders – ordered a big batch of Boeings (30 787-10s, 19 777-9s). Lufthansa, an A380 and A350-900 operator, has signed for 777-9Xs. Emirates, already the biggest A380 operator, is also the largest 777X customer (150 aircraft). Just this year, Turkish Airlines has signed a memorandum of understanding for 25 A350-900s and finalised a commitment for 25 787-9s. In the UK, British Airways and Virgin Atlantic have introduced Dreamliners in recent years but in 2019 both carriers will also introduce A350-1000s into service.

Ultimately, airlines want the ability to rightsize, to match capacity served on routes with the always-changing characteristics of demand. For them it makes sense to go for different aircraft with capabilities which straddle the seating scale. This trend, which benefits both OEMs, is likely to continue.