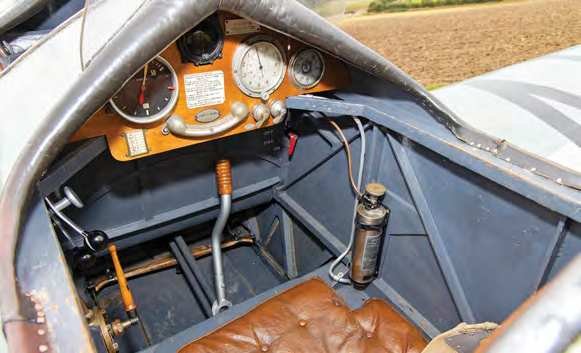 The rear cockpit is the only one to contain any instruments.
DARREN HARBAR

Lightweight, two-seat, de-riggable with a low cantilever wing and a small, technologically advanced, motor giving a very economical cruise for five or more hours. You’d be forgiven for thinking I was describing a modern microlight or very light aircraft. But the Klemm is almost as far-removed time-wise as is possible from its modern counterparts. The L20 emerged in the early 1920s, before the DH Moth. It was one of the first practical monoplanes intended for the private owner in a world dominated by biplanes, and the L25 was little-changed.

When I was honoured to be asked to conduct the post-restoration flight-testing, and in light of the above, the question on my mind was: does it fly like the more modern machine it so closely resembles, or like its antiquated contemporaries? And there was no-one to really ask!