As Britain prepared to hand Hong Kong over to China 20 years ago, the Wessex helicopters of No 28 Squadron were the last RAF aircraft stationed there to leave. The then commanding officer recalls the unit’s role in this chapter of history 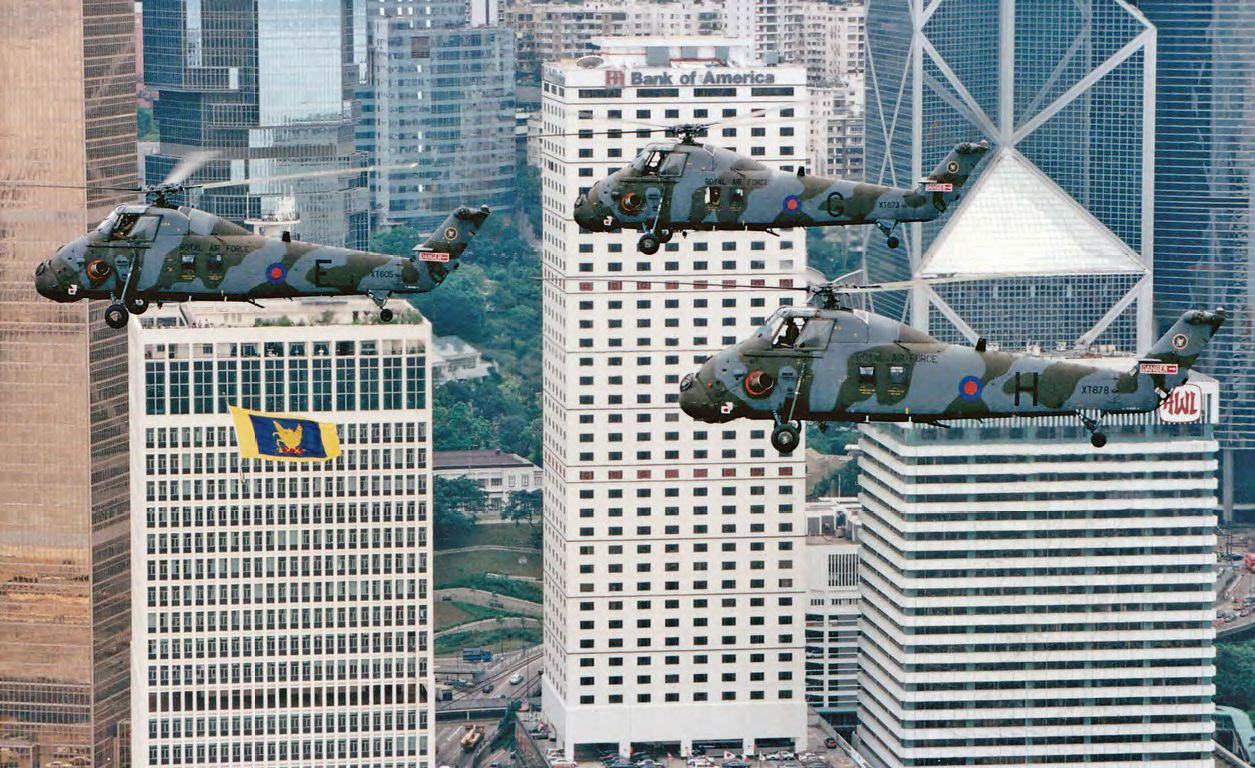 The second trio of No 28 Squadron Wessex HC2s in the unit’s final flypast over Hong Kong on 3 June 1997.
VIA DICK BARTON 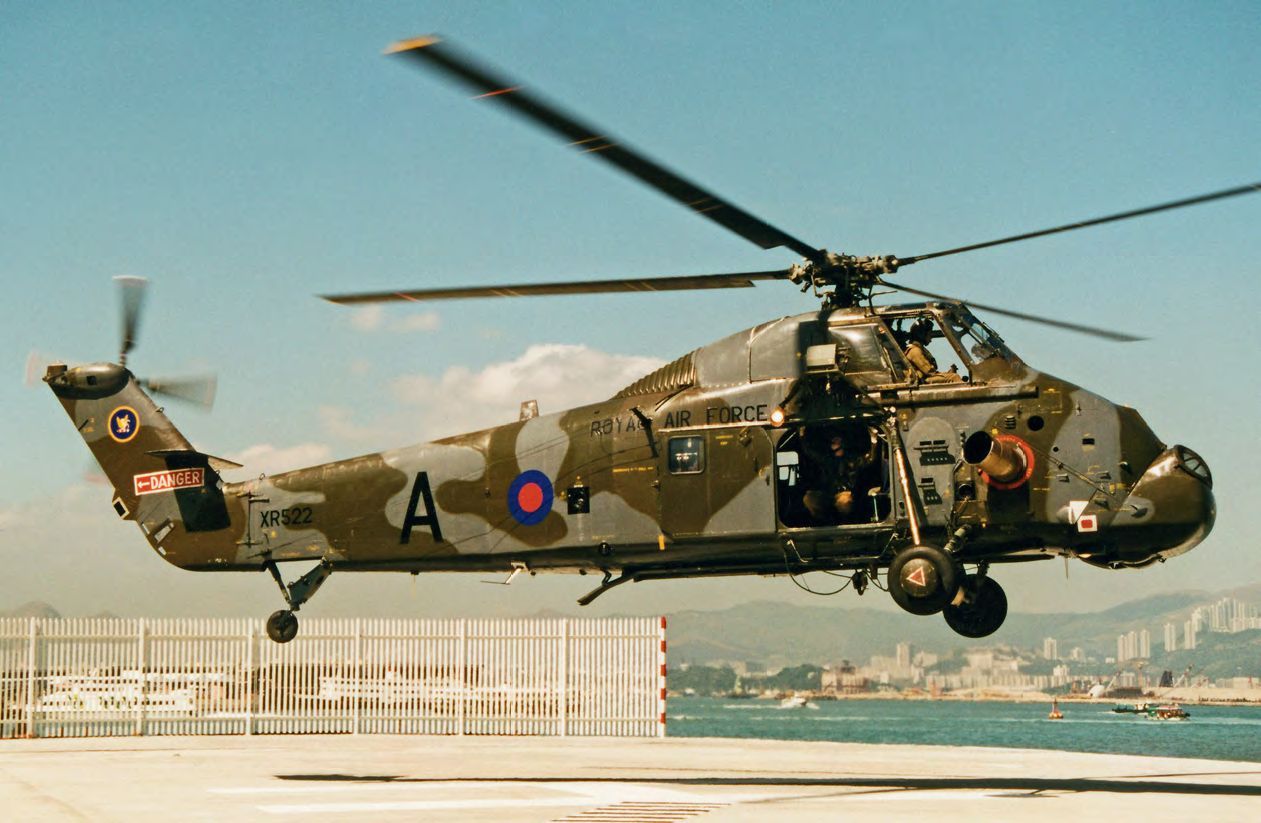 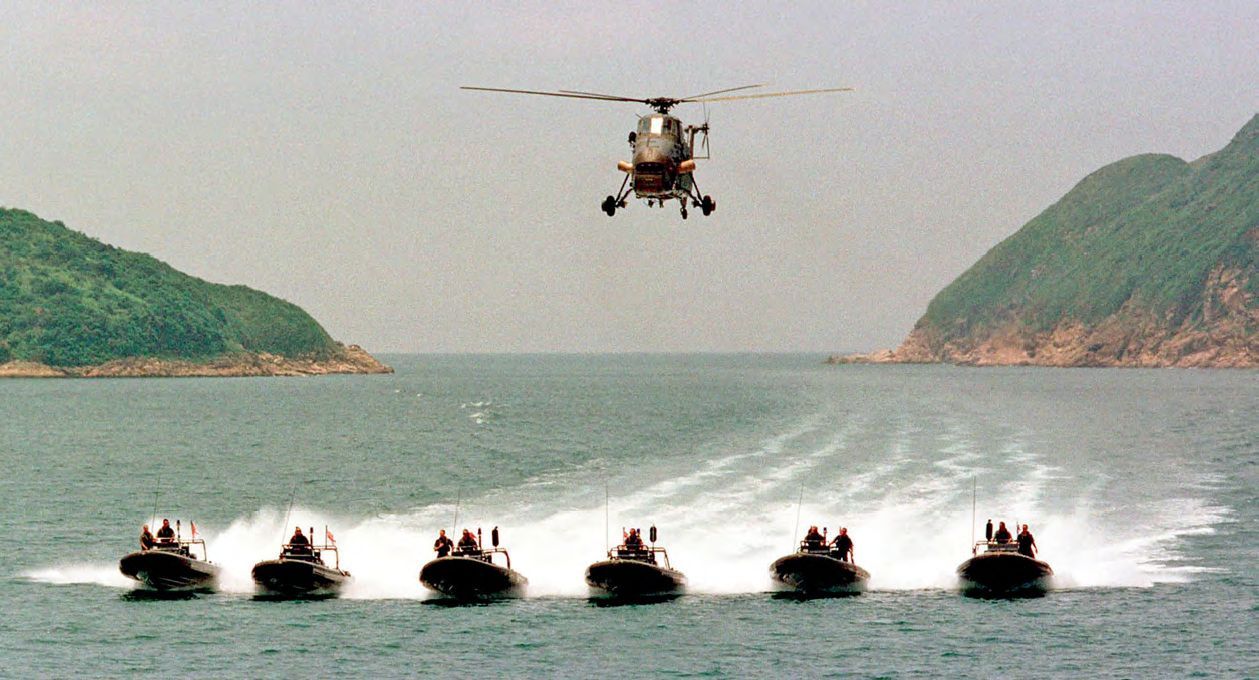 Hong Kong-based Royal Marines aboard their Fast Patrol Craft being escorted for the last time by a No 28 Squadron Wessex during exercises on 28 May 1997. The FPCs were used to stop smuggling — of both drugs and goods, including luxury cars — and illegal immigrants.
REUTERS/ALAMY

Some cited it as the end of Empire. On 1 July 1997, the sovereignty of Hong Kong was handed over to China, bringing more than 150 years of British rule to a close. The official ceremony held at the Hong Kong Convention and Exhibition Centre also ended a lengthy chapter of the UK’s military history, and in that No 28 (Army Co-operation) Squadron, RAF, had been intimately involved.