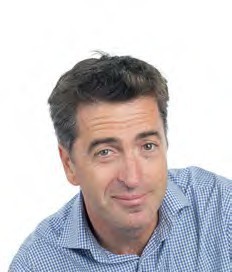 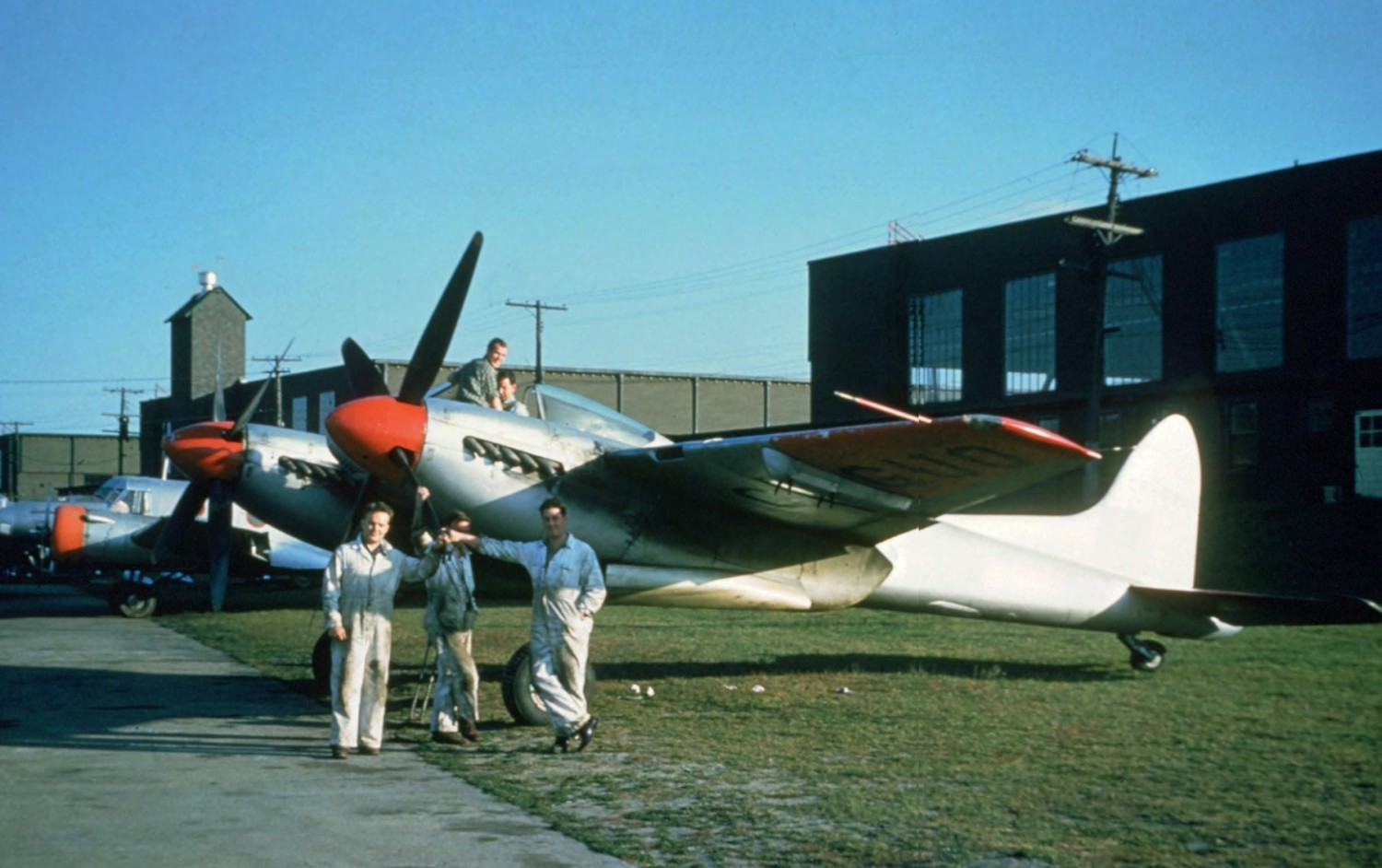 Sea Hornet F20 TT193/CF-GUO at Uplands Airport, Ottawa, shortly before it was traded to Kenting in April 1952. CF-GUO was the sole civilian-operated Hornet, and the only example to be flown by a non-British operator.
ALAN MACNUTT VIA ROBERT M. STITT

The once seemingly impossible dream of seeing a de Havilland DH103 Hornet in the air has now become a very real likelihood, following the announcement during mid-September by Pioneer Aero at Ardmore, New Zealand of its intention to rebuild Sea Hornet F20 TT193 to flying condition. There are currently no examples of the 383 Hornets built in existence, the last complete airframe, that of NF21 VW949, having been scrapped at a civil defence yard located at Westerton near Goodwood, West Sussex, circa 1961-62.

The substantial remains of TT193 were viewed by the author on a farm north of Calgary in the spring of 1997, and comprised the centre section, engine nacelles, inner wings, propellers and spinners, and a host of metal parts including the wing folding gear. Pioneer has also acquired a complete set of drawings for the Hornet. A statement from this much respected restoration company says: “This exciting project has recently been purchased by Pioneer Aero and it is our intention to restore it to flying condition. To this point we have focused on the acquisition of parts and knowledge and it is envisaged this will continue before any physical work is undertaken. It is now located at our hangar at Ardmore.”

Sea Hornet TT193 first flew at Hatfield on 24 April 1947, and two days later was at No 47 Maintenance Unit, RAF Sealand, being prepared for winterisation trials in Canada under the joint Winter Experimental Establishment programme. Crated for the sea crossing in July 1947, TT193 began cold weather testing on 13 December 1948 at Watson Lake in the Yukon, and over the next four months was tested in temperatures as low as -50°C.

In December 1950 the Hornet was acquired from the British Ministry of Supply by Bill Ferderber, a pilot with aerial survey company Spartan Air Services, and registered CF-GUO. After ferrying it to Ottawa Ferderber sold ‘GUO on to Spartan on 1 June 1951, and it went on to be operated by the firm until April 1952 when it was traded to Kenting Aviation of Toronto for a Lockheed P-38 Lightning.

Kenting deployed the Hornet to northern British Columbia for five weeks in June-July 1952, operating between the Alberta border and the Queen Charlotte Islands at altitudes of up to 36,000ft. The makeshift rear camera operator’s position was extremely cramped, the occupant having to crouch forward while holding on to an aluminium bar immediately behind the pilot’s head during take-off and landing in case he ever needed to use the emergency exit.

FIRST FOR NEWS, THEN AS NOW…

The original story, published in the June 1997 news section of Aeroplane Monthly, revealing the existence of the substantial remains of TT193. 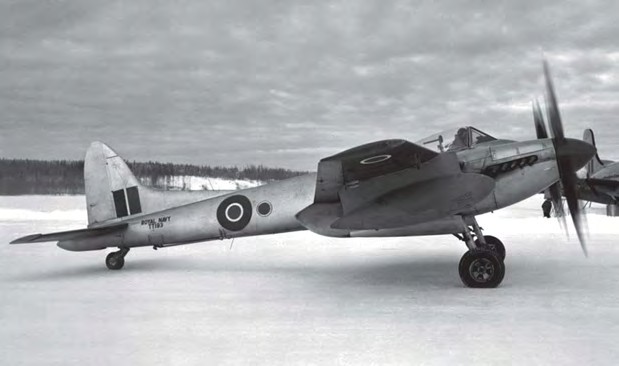 TT193 taxies out at Watson Lake in the Yukon while being operated by the Winter Experimental Establishment during 1949.
LIBRARY AND ARCHIVES CANADA

The Sea Hornet remains as seen by the author on a farm north of Calgary in early 1997.
TONY HARMSWORTH 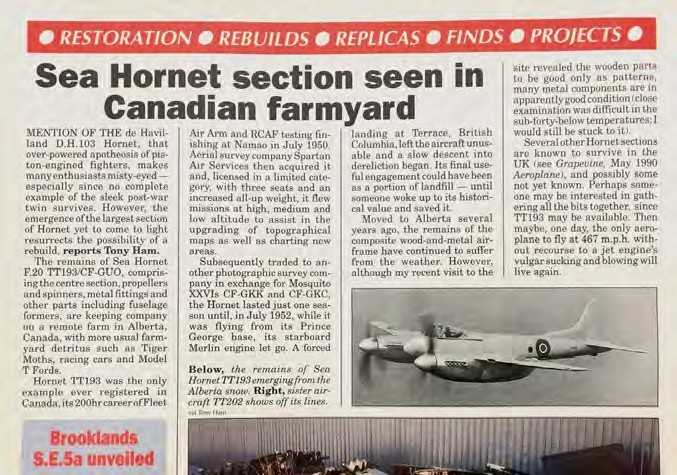 During a photo sortie on 11 July 1952, camera operator John McDuffin was alarmed to find his feet awash with glycol, and saw white vapour streaming from the port engine. Fortunately, they were over Terrace Airport. The pilot, Tommy Bach, quickly shut down the overheating Merlin and made a spiral descent for a successful emergency landing at Terrace. An inspection revealed gaping holes in the crankcase and an oil pan full of mangled engine parts. With no replacement Merlin 134 available, the camera equipment was stripped out of the aeroplane, the starboard engine was donated to the local high school, and the aircraft was abandoned, becoming a popular plaything for local children. In the mid-1950s the airport manager decreed that the derelict machine had to go, and it was cut up, transported to the town rubbish dump and buried. The remains were recovered from the dump in the early 1990s by the late George Le May and roaded to his farm near Acme, Alberta, 50-odd miles north of Calgary.

The late, great test pilot Eric ‘Winkle’ Brown said of the type: “For aerobatics the Sea Hornet was absolute bliss. The excess of power was such that manoeuvres in the vertical plane can only be described as rocket-like. Even with one propeller feathered the Hornet could loop with the best single-engine fighter, and its aerodynamic cleanliness was such that I delighted in its demonstration by diving with both engines at full bore and feathering both propellers before pulling up into a loop!”

Thanks to Robert M. Stitt for his help in preparing this piece. Robert is currently working on a book that will tell the definitive story of Spartan Air Services.