As the global aerospace industry prepares to decamp to the Hampshire airfield for the biennial Farnborough International Airshow, Airliner World’s Barry Woods-Turner reviews some of the highlights of 70 years of innovation. 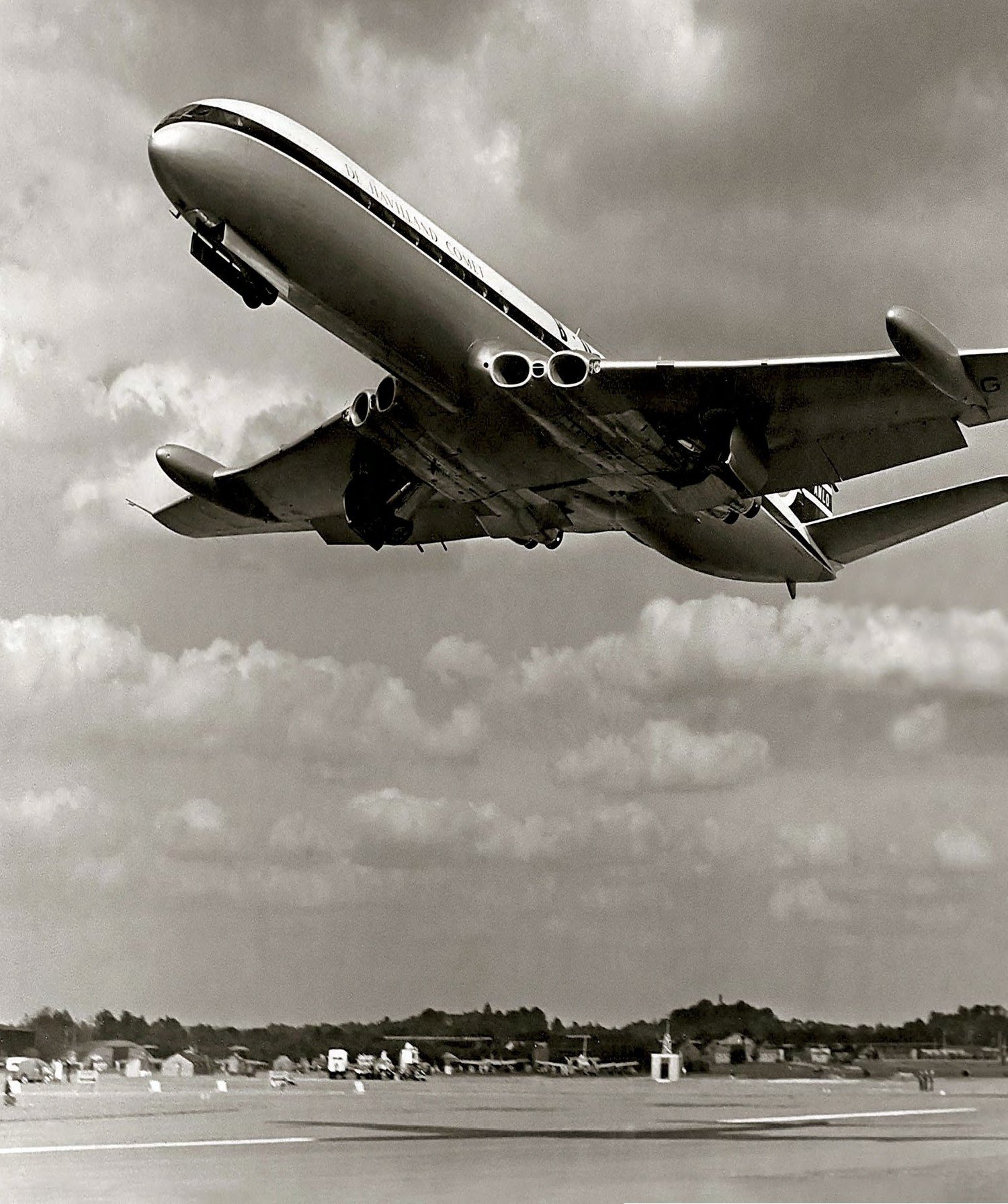 The graceful shape of the world’s first production jet airliner, the de Havilland DH 106 Comet. The prototype attended the second Farnborough show in 1949. This example, a Comet 3, wears the colours of British Overseas Airways Corporation (BOAC) and was displayed in 1957.
AIRTEAMIMAGES COLLECTION

Farnborough can trace its roots back to the pre-World War Two Hendon Air Pageants, the first of which took place on June 19, 1932, where the Society of British Aircraft Constructors (SBAC) displayed the latest developments in aviation engineering. There were to three further events held at Hendon before moving to de Havilland’s airfield at Hatfield.