Princess Elizabeth’s 1952 visit to Kenya has received increased attention as Her Majesty celebrates her Platinum Jubilee. Martin Needham discovers what became of the Canadair Argonaut used for the royal trip 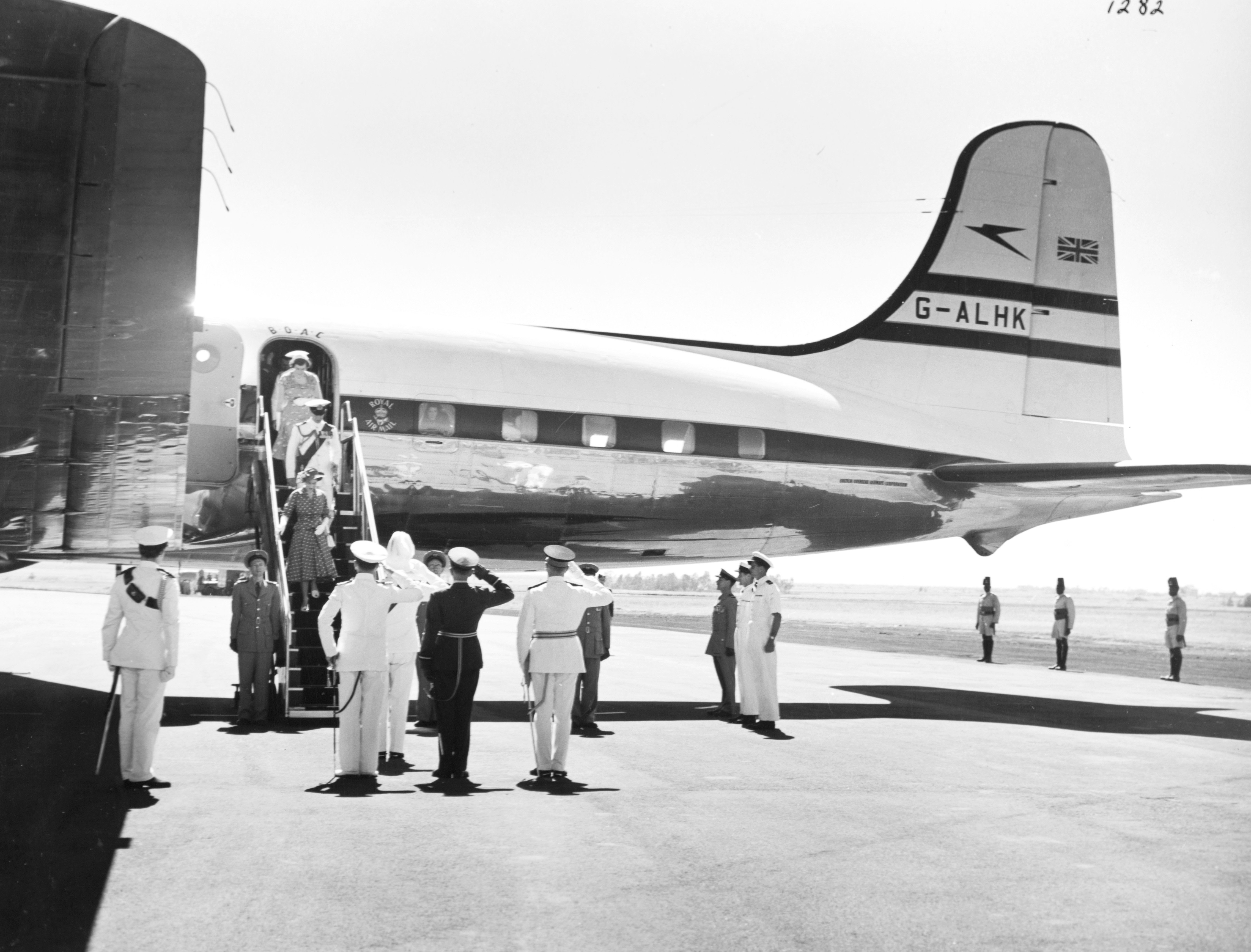 Princess Elizabeth, followed by the Duke of Edinburgh, walks down the steps of BOAC Canadair Argonaut, G-ALHK (c/n 157), at Eastleigh Airport, Nairobi, at the start of a royal visit to Kenya on February 1, 1952. The royal party was greeted by the Governor of Kenya surrounded by uniformed servicemen and police
UNIVERSAL IMAGES GROUP VIA GETTY IMAGES

The Canadair Four – known as the Argonaut in British Overseas Airways Corporation (BOAC) service – was a development of the Douglas DC-4.