Fatigue: How Tired is too Tired?

One of the critical factors affecting safety in commercial aviation is pilot fatigue. Claire Coombes - Human Factors scientist with the British Airline Pilots’ Association (BALPA) - puts the case for a global standard on determining when it becomes an unacceptable risk to passenger wellbeing. 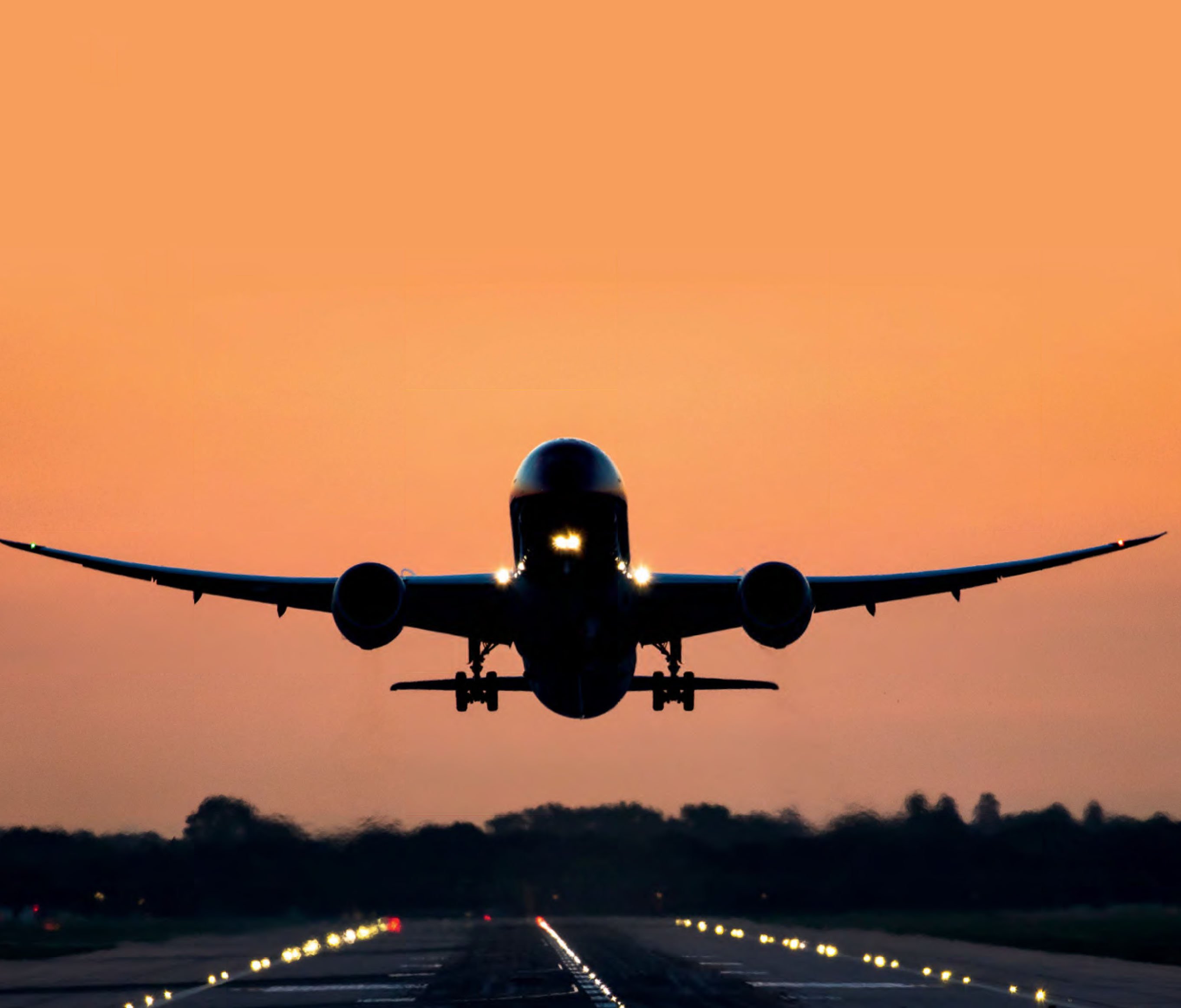 Concerns over in-flight fatigue and scheduling have existed since BALPA was founded in 1937 and continue to be a top-flight safety issue for the organisation.
AirTeamImages.com/Florent Lacressonniere

Fatigue remains a central challenge facing the commercial aviation industry. Despite widespread recognition of the safety hazards associated with fatigued pilots, it has not been possible for industry stakeholders to agree on the point at which exhaustion risks become unacceptable: the ‘how tired is too tired?’ question.

There are a number of scientific and socio-political reasons for disagreements on this issue. The commercial reality is that operators will always face strong financial pressures to maximise the productivity of their workforce around the clock. In response to this pressure, employers will inevitably seek to test the physiological limits of their employees.

The organisational tensions that arise from the competing trade-of s between productivity and safety are certainly not new. Indeed, concerns over in-flight fatigue and scheduling practices have been raised since the founding year of the British Airline Pilots’ Association (BALPA) in 1937 and to this day continue to be considered a top-flight safety issue for BALPA and pilot member associations right across the world. However, what is new is that for the past three years there has been a move away from prescriptive legislation towards performance-based management of risks that allows greater flexibility for operators to decide for themselves how to manage their fatigue risks. It is this development that presents a significant set of challenges and concerns.

The first issue is that there is no independent, scientifically informed opinion on the threshold limits of alertness required for safe flight set out by UK or EU regulators to ensure consistency in the interpretation of the rules which seek to limit pilot fatigue risks. For example, there are existing scientifically validated rating scales such as the Karolinska Sleepiness Scale (KSS) which may be used for self-measurement and prediction of fatigue. However, no part of the current regulation states that a pilot should not fly or that a fatigue report should be filed when their KSS score is above a particular value. This means that even with evidence of operationally relevant aspects of fatigue or sleepiness, such as high scores on the KSS, operators may disagree as to what their significance is in an operational sense, and act differently. In practice this means that the definition and management of fatigue varies widely between airlines.

The move towards performance-based regulation under the auspices of fatigue risk management systems (FRMS) means that operators essentially can set their own parameters on how to define, measure, predict and record data on fatigue. In the absence of independently established, acceptable risk rates, company FRMS can easily evolve from systems of protective fatigue controls into productivity maximising tools, without a set of mandatory break limits.

One of the most prominent examples of this regulatory vulnerability was seen in the financial sector prior to the financial crash in 2008. What analysts identified as causal factors for the system collapse were complex, hard-to-understand products, lack of adequate oversight (partly due to lack of expertise), self-regulation and skewed incentives that favoured ever greater appetites for risk in the quest for short-term performance, even if this endangered a bank’s survival in the longer term.

Drawing parallels with the financial sector, if aviation regulators exclusively use the operators’ own risk models when auditing their safety management systems, the general approval of an airline’s FRMS from the regulator cannot be used as independent assurance of the quality and validity of the airline’s risk management of fatigue.

While the basic science underpinning fatigue prediction is readily understood by sleep scientists, how airlines use them to inform their development of schedules and operational decision-making is an open question. As in the financial sector, the level of understanding beyond a few in-house employees of how these systems work may be limited. In turn, this must raise doubts over the level of confidence that airlines place on their own fatigue assurance processes. Pilots regularly inform BALPA of occasions where they report fatigue to their airline, only to be met by the response ‘the fatigue model says the roster is not fatiguing, so you should be fine’ Of course, you don’t have to be a scientist to think that such reasoning doesn’t pass the ‘gut test’ of a sensible appraisal of the situation or represents a good reporting culture. However, such thinking also reveals a gross misunderstanding of how fatigue predictions models work and the scientific principles upon which they are based. Therefore, it seems evident that operational decisions that increasingly rely on such tools require either greater independent scientific oversight or independently verified limits on a common set of metrics that make it easier for safety managers to detect and act on potential fatigue risks. 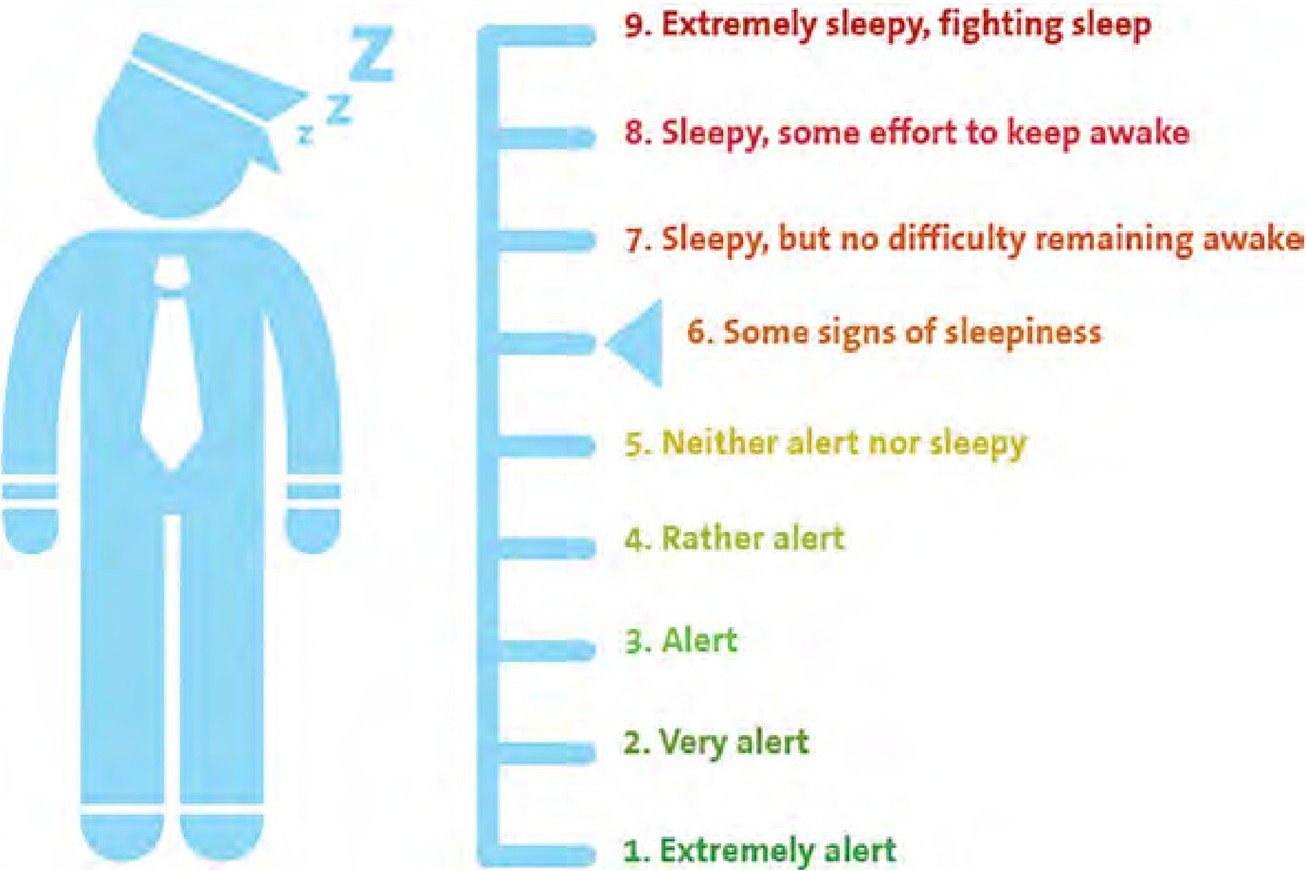 The Karolinska Sleepiness Scale may be used for self-measurement and fatigue prediction, but there is no defined score range in which fliers may operate.
Via BALPA

On July 7, 2017 an Air Canada flight was involved in a near-miss incident, which could have resulted in the worst aviation disaster in history. The close call of Air Canada Flight 759 happened around midnight on approach to San Francisco airport, where ACA 759 was lined up to descend on to the taxiway, rather than the adjacent runway. On the taxiway were four, fully fuelled aircraft, loaded with passengers, waiting to take of The inbound flight reached just 13ft (4m) of separation before the pilots enacted a go-around, narrowly missing the aircraft on the taxiway. The accident investigation found that the reserve pilots were fatigued; they had been awake for 19 hours and were landing at roughly 0300 in the morning according to the flight crews’ body clock time. No sleep scientist worth their salt would ever suggest that such a situation could by any meaningful definition be considered ‘safe’ Probably no safety manager would either. But the fact of the matter was that the work schedule had been rostered and the National Transportation Safety Board (NTSB) accident report found that “the flight crew’s work schedule for the incident flight complied with the applicable Canadian flight time limitations and rest requirements” Scenarios such as these highlight both the complacency with which known fatigue hazards are regarded in practice and show that the maximum limits of fatigue regulations can be far too permissive.

In order for pilots to be protected from the adverse impact of tiredness, rules need to be guided by scientific principles rather than platitudes. The aviation industry therefore needs to move to a common – independently approved – global standard for fatigue measurement and acceptable risk rates. In safety-critical industries such as aviation, there has been an understandable focus on preventing in-flight fatigue that may have dangerous consequences. However, as sleep scientists have continued to learn more about the detrimental impact of cumulative sleep loss and circadian disruption on human functioning, pilots have understandably sought to limit the chronic build-up of fatigue arising from their work schedules. Going forward, it is clear that the aviation industry needs to engage with not only the safety concerns of fatigue hazards, but also the challenge of improving working schedules that will safeguard employee health and well-being for the longer term.