THE FIFTH Bombardier Global 7000 flight test vehicle (FTV-5) made its first flight on January 30, marking a major milestone on the aircraft’s road to entry into service, currently scheduled to occur in the second half of 2018.

Dubbed ‘The masterpiece’ by Bombardier, the aircraft joins four other prototypes in the flight test programme, which have already notched up in excess of 1,300 hours. It is the final aircraft in the programme and will be used to validate flight test results recorded by the fleet to date.

Senior Vice President of Global 7000 and 8000 programmes Michel Oullete said: “It’s a very exciting time for the programme and the team as we enter into the certification phase and get closer to the aircraft’s entry into service in the second half of this year.”

The previous flight test aircraft, dubbed ‘The architect’ made its public debut at the National Aviation Business Aviation Associated conference in Las Vegas, and the test programme has recently notched up some major achievements, including completion of crosswind landing trials at high altitudes and in a range of weather conditions.

In addition to flight testing, we continue to successfully progress our ground test programme and have now met the full airframe fatigue test milestone, as required by authorities for entry into service. We will continue to advance the Global 7000 test programme to ensure the aircraft meets or exceeds the highest level of safety.” Nigel Pittaway 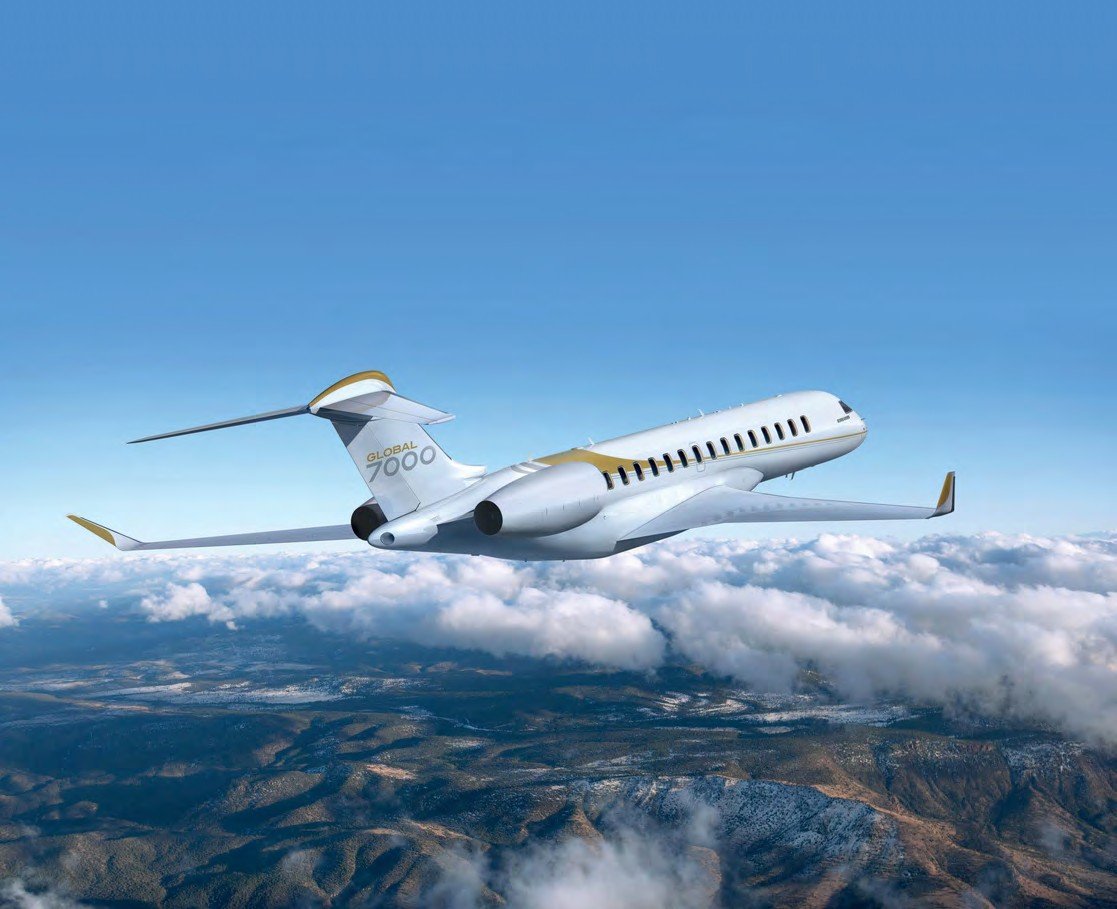