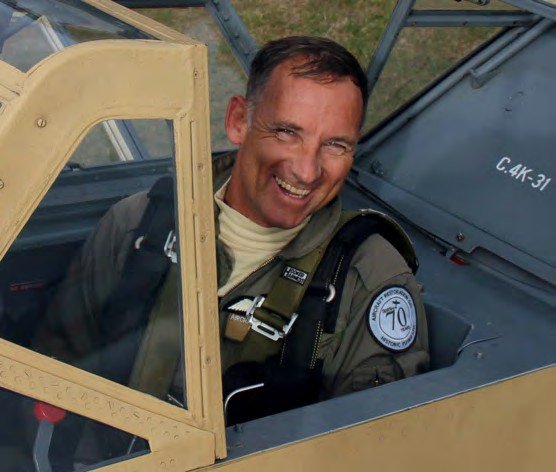 Dave Ratcliffe in the cockpit of Buchón C.4K-31/G-AWHE, when it was owned by Richard Lake. It has since been sold to Germany
COL POPE

With the population of airworthy Buchóns burgeoning, more modern-day warbird pilots have been introduced to this challenging, but rewarding, aeroplane. Dave Ratcliffe, best-known for his Spitfire displays with the Aircraft Restoration Company, is one. Following a comprehensive briefing from ARC managing director John Romain, one of the most seasoned of current Buchón exponents, he flew the ARC-operated example ‘Yellow 10’ and the aircraft that was owned by Richard Lake.