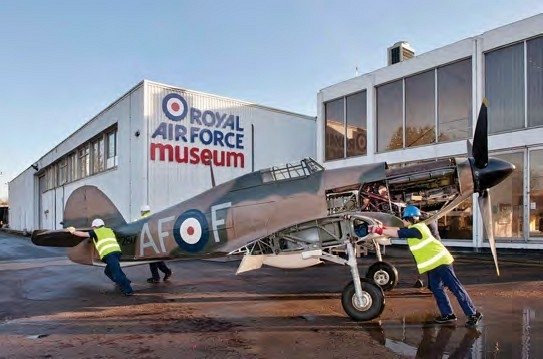 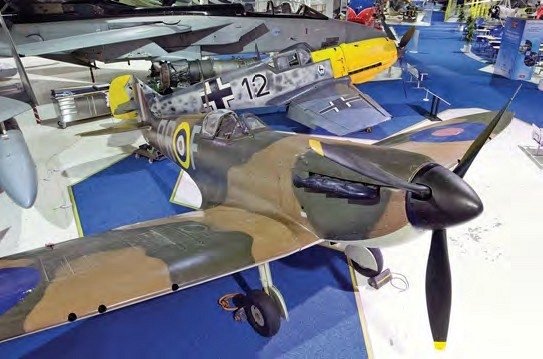 On 15 December, Hurricane I P2617 left the RAF Museum’s recently closed Battle of Britain Hall and moved into the main display hall, prior to going on show ‘tail-to-tail’ with a trio of other 1940 combat veterans.

The other three aircraft are Spitfire Ia X4590, in which Plt Off S. J. Hill of Middle-Wallop-based No 609 Squadron was credited with a half-share of a Ju 88 near Lymington on 21 October 1940; Messerschmitt Bf 109E-4 Werknummer 4104, operated by 2./JG 51, which made a belly landing at Manston, Kent on 27 November 1940 after being shot up by a Biggin Hill-based Spitfire; and Fiat CR42 MM5701, which force-landed on a beach at Orfordness, Suffolk on 11 November 1940 after suffering a broken oil pipe while escorting Fiat BR20 bombers mounting a raid on Harwich.

Another former inhabitant of the Battle of Britain Hall, Messerschmitt Bf 110G-4/R6 Werknummer 730301, will soon go on display next to Lancaster I R5868 in Hendon’s Bomber Command Hall, a location far more appropriate for this late-war, night fighter version of the Bf 110 than its previous home in the Battle of Britain display.