Final Fling For the Uruguayan Pucará

The Uruguayan Air Force’s Pucará fleet is close to the end of its operational life, with final retirement planned for March. Santiago Rivas discovers how Escuadrón Aéreo No 1 has maintained its mission to protect Uruguayan skies with this robust performer. 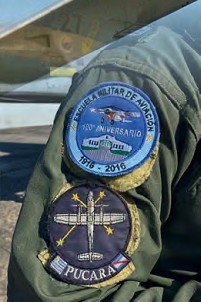 THE FUERZA Aérea Uruguaya (FAU, Uruguayan Air Force) has long been an operator of the FMA IA-58 Pucará, one of the few aircraft specifically designed for the counter-insurgency mission. Now, after more than 35 years of service, the Argentinean type — which carries the Uruguayan military designation A-58 — is reaching the end of its career with the FAU’s Escuadrón Aéreo No 1 (Ataque) of Brigada Aérea II at Durazno.