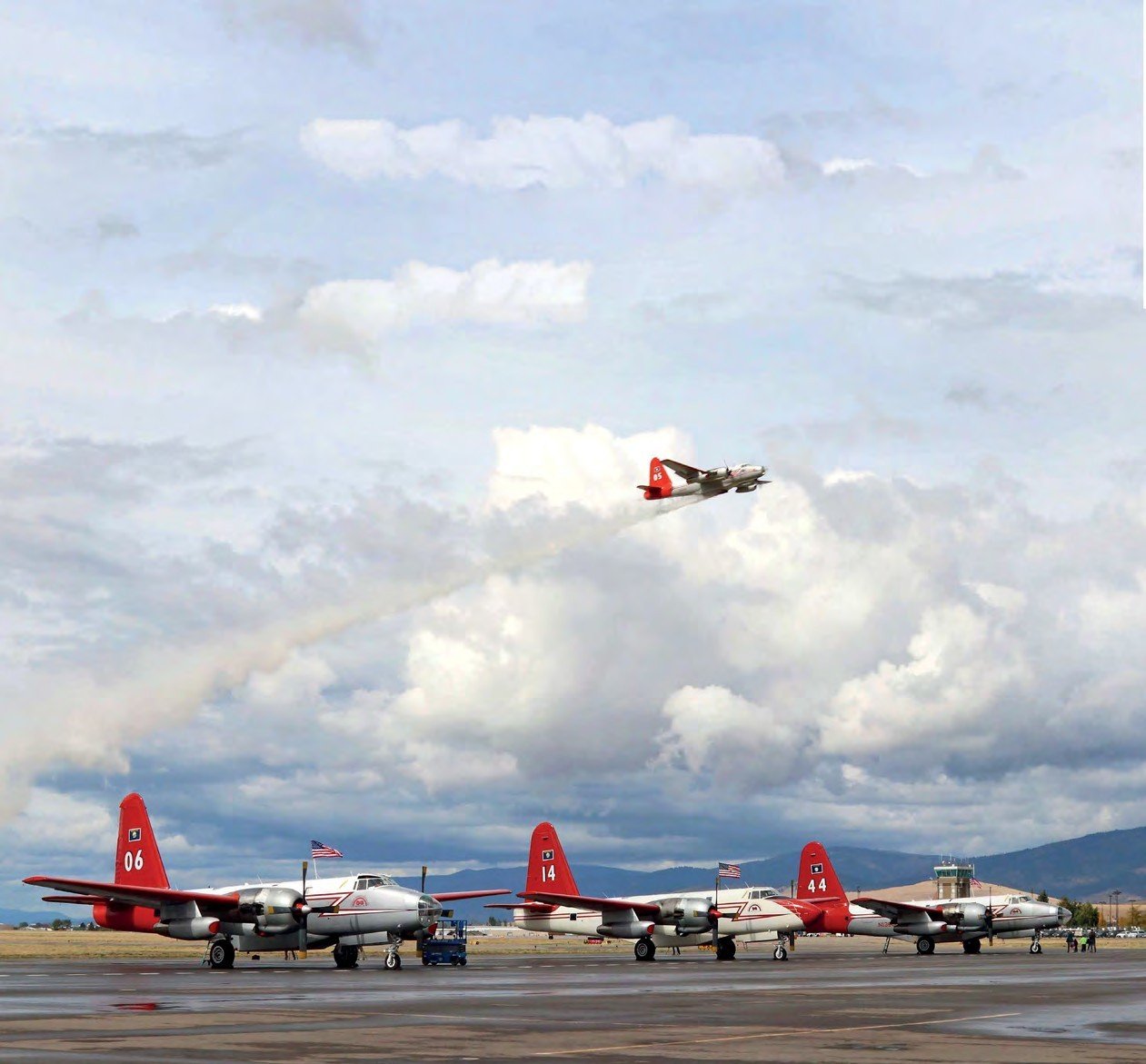 64-year-old P2V-5 N96278 carries out a water-dropping demonstration at Missoula on 30 September with three of Neptune Aviation’s other charges in the foreground.
KEITH GASKELL

The last Lockheed P-2 Neptune water-bombers were retired from operational service during October, bringing to a close the type’s impressive 70-year career, initially as the US Navy’s principal maritime patrol aircraft before becoming what was probably the finest air tanker of its generation.

To mark the occasion Neptune Aviation staged a public event at Missoula, Montana on 30 September where six of its seven airworthy Neptunes were present. The 64-year-old P2V-5 N96278 flew two water-dropping demonstrations, each followed by a series of fast and low flypasts. Four Neptunes (N96278, N9855F, N410NA and N1386C) then took off in rapid succession, generating magnificent ‘two turning, two burning’ sounds from their Wright R-3350 turbo-compound piston engines and underwing J-34 turbojets. They then performed the last ever flypast by four Neptunes before splitting for spirited individual passes. Neptunes N443NA and N445NA were on static display along with an example of the type’s replacement, BAe 146-200A

N478NA. Neptune Aviation’s association with the P-2 is not yet over, however, as two of the fleet are being retained for airshow appearances. N1386C will be used to give water-bombing demonstrations and N410NA will operate as a warbird after restoration to US Navy configuration. The remaining five airworthy P2Vs are being offered to museums.