The 1910s to 1960s proved to be a hugely important period of advancement for the warbird, with military aircraft coming on in leaps and bounds since World War I. Powered by vital advances in aircraft technology, this half a century made a huge difference in aircraft development… 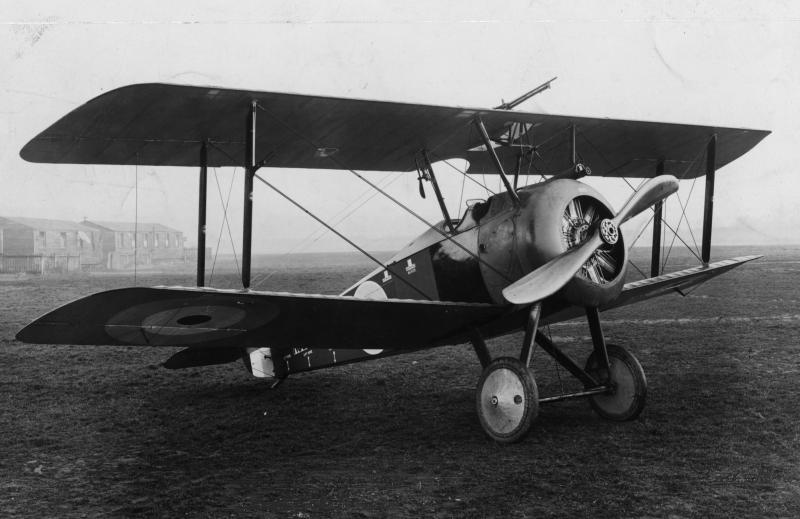 Famously flown by the German ace Manfred von Richthofen (also known as the Red Baron), the Sopwith Camel is a striking example of the first generation of warbirds. Going on to become the best known fighter of World War I, the Camel was a single-seat biplane fighter aircraft, powered by a single rotary engine. Its armament was made up of twin synchronised .303 Vickers machine guns which were mounted ahead of the cockpit under a raised fairing. This design feature resulted in a hump within the fuselage, which is said to have been the inspiration for the nickname ‘Camel’. In line with other warbirds of the time, the Sopwith Camel featured many popular design specifications, such a wooden box-like fuselage structure and a bottom wing with a 5-degree dihedral. The Camel is said to have achieved more victories in air-to-air combat than any other single fighter aircraft during World War I.

The Gloster Gamecock was a biplane fighter for the Royal Air Force and was a result of the development of the Mk III Gloster Grebe. Having entered full military service in 1926 with No. 23 Squadron, it had a relatively short RAF service, which only lasted until 1931. Similarly to the Sopwith Camel, the Gamecock was a biplane fighter, but it demonstrated an advancement in technology with its superior Bristol Jupiter engine, allowing it to reach tops speeds of 155mph. The advancement of aviation technology in military aircraft was small between the 1910s and 1920s. The end of World War I left little need for combat aircraft, and as a result there was no requirement for better technology. But that would change in the coming decade…

Cons: High accident rate in Mk I, remedied in Mk II version (but aircraft outdated by this point) 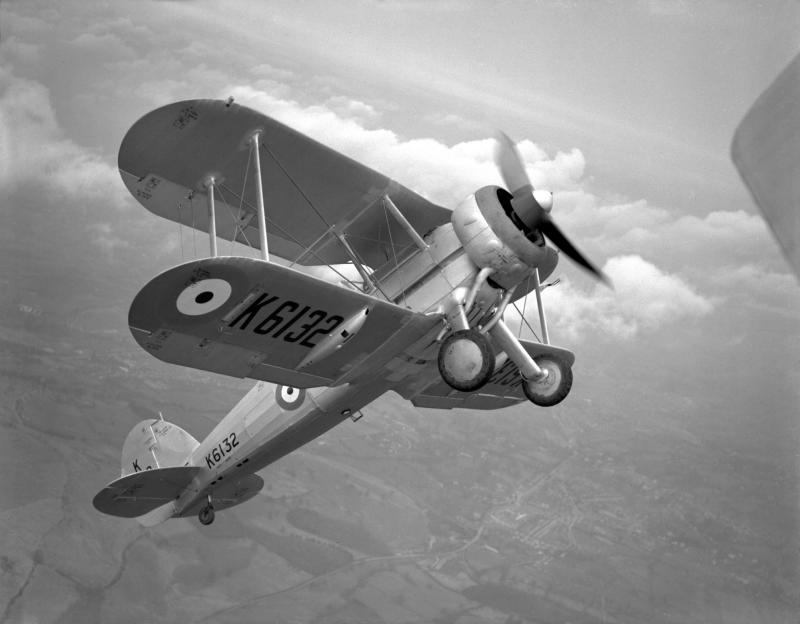 The 1930s Gloster Gladiator would become the last biplane used by the RAF before being rendered obsolete to the monoplane. Representing the final generation of biplane warbirds, the Gladiator saw action in almost every theatre of World War II due to its reliable combat skills. Armed with Vickers guns in the first models, its armament proved to be problematic which resulted in its replacement to .303 Browning machine guns. It was clear that although well-liked by pilots, the Gloster Gladiator was just not representative of the technology of the times. While still in service, it began to be overtaken by new aircraft – such as the Supermarine Spitfire and Hawker Hurricane – in important operations of the War.

Cons: Biplane design was becoming obsolete, being overtaken by the monoplane design of aircraft such as Supermarine Spitfires and Hawker Hurricanes

World War II saw the need for an even more complex and revolutionary warbird specification that would take advantage of the world’s ever advancing technology. Prior to the 1940s, aircraft had run on piston engines and, while these were effective, it was clear that more could be done to further equip fighters in the sky. The Messerschmitt Me 262 was the world’s first operational jet fighter aircraft and would adhere to all these considerations. As the introduction of the monoplane had already come and proved highly successful, the next technology to be embraced was the jet engine. Although undermined by some reliability issues regarding its Junkers Jumo 004 axial-flow turbojet engines, the Me 262 proved to be an extremely important aircraft. Captured Me 262s were studied and flight tested by the major powers, and ultimately influenced the designs of post-war aircraft such as the North American F-86 Sabre, MiG-15 and Boeing B-47 Stratojet. 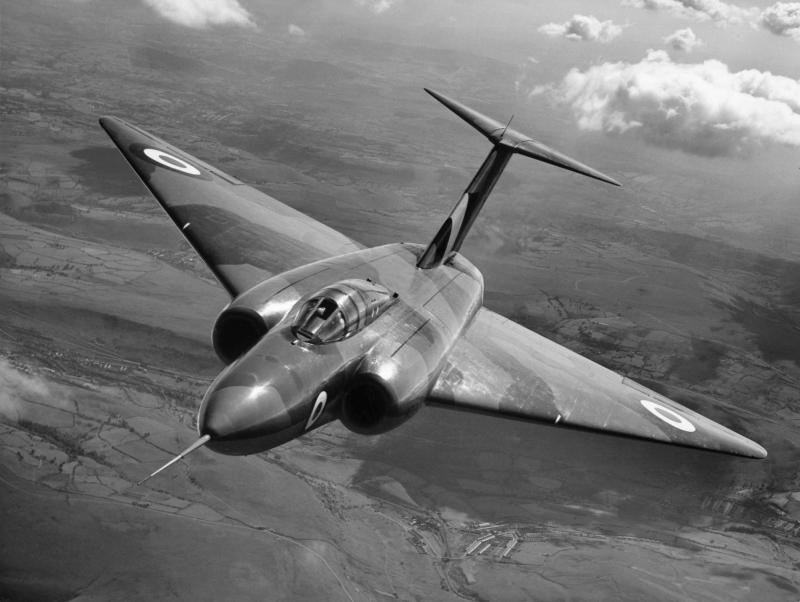 The Gloster Javelin was a twin-engined subsonic night and all-weather interceptor aircraft, which took advantage of the new and innovative delta-wing design. Although quickly succeeded by the English Electric Lightning (the only UK-designed-and-built fighter capable of Mach 2), the aircraft was a result of England having placed a great emphasis on developing aerial supremacy through continuing to advance its fighter technology, even following the end of conflict. As Gloster were the only company to develop and produce a jet aircraft that was operational during the war (the Gloster Meteor), this technology was greatly appreciated and was used to design the high-performance jet fighter sought after by the Air Ministry. The aircraft was equipped with 4x 30mm ADEN cannon guns and was capable of carrying up to four de Havilland Firestreak air-to-air missiles. 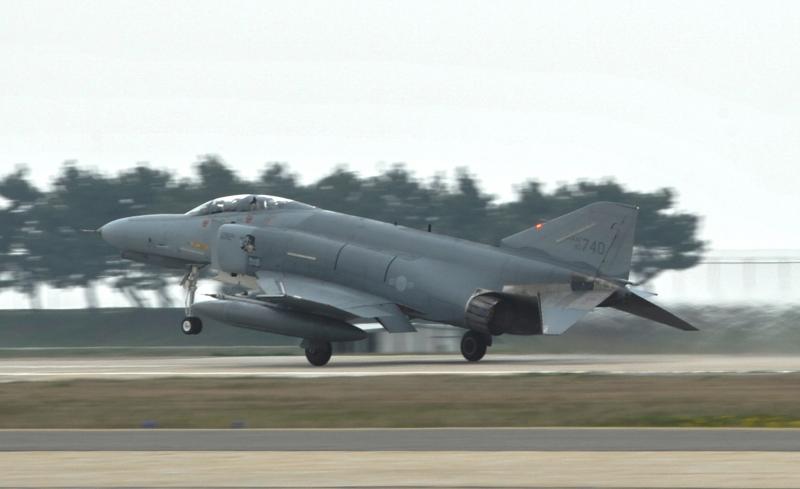 Rounding up our whistlestop, 50-year tour through the advancement of the historic warbird is the McDonnell Douglas F-4 Phantom II. A tandem two seat, twin-engine supersonic jet interceptor, the Phantom was capable of speeds over Mach 2.2. The aircraft was used extensively during Vietnam by its primary operators due to its impressive armament capabilities, which allowed it to carry over 8,400kg of weaponry. While extremely popular with the US Forces and despite its role in the Gulf War, the F-4 Phantom II left service in favour of the much more modernised F-15 Eagle and F-16 Fighting Falcon. Despite this, it remains a graphic demonstration of how far the warbird has come.

Pros: One of the first jet fighters to achieve a top speed of Mach 2 or above

The fifty-or-so years between the monoplane design of the Sopwith Camel and the ground-breaking speeds of the F-4 Phantom proved absolutely vital to the advancement of warbirds into the formidable machines that they are now. While there is no doubt that events such as World War II and Vietnam sped up the advancement in technology, there is little disputing that these 50 years were some of the most important in military aviation development.