Air Canada’s first Airbus A220 has been unveiled after rolling out the manufacturer’s final assembly line in Mirabel, Canada. 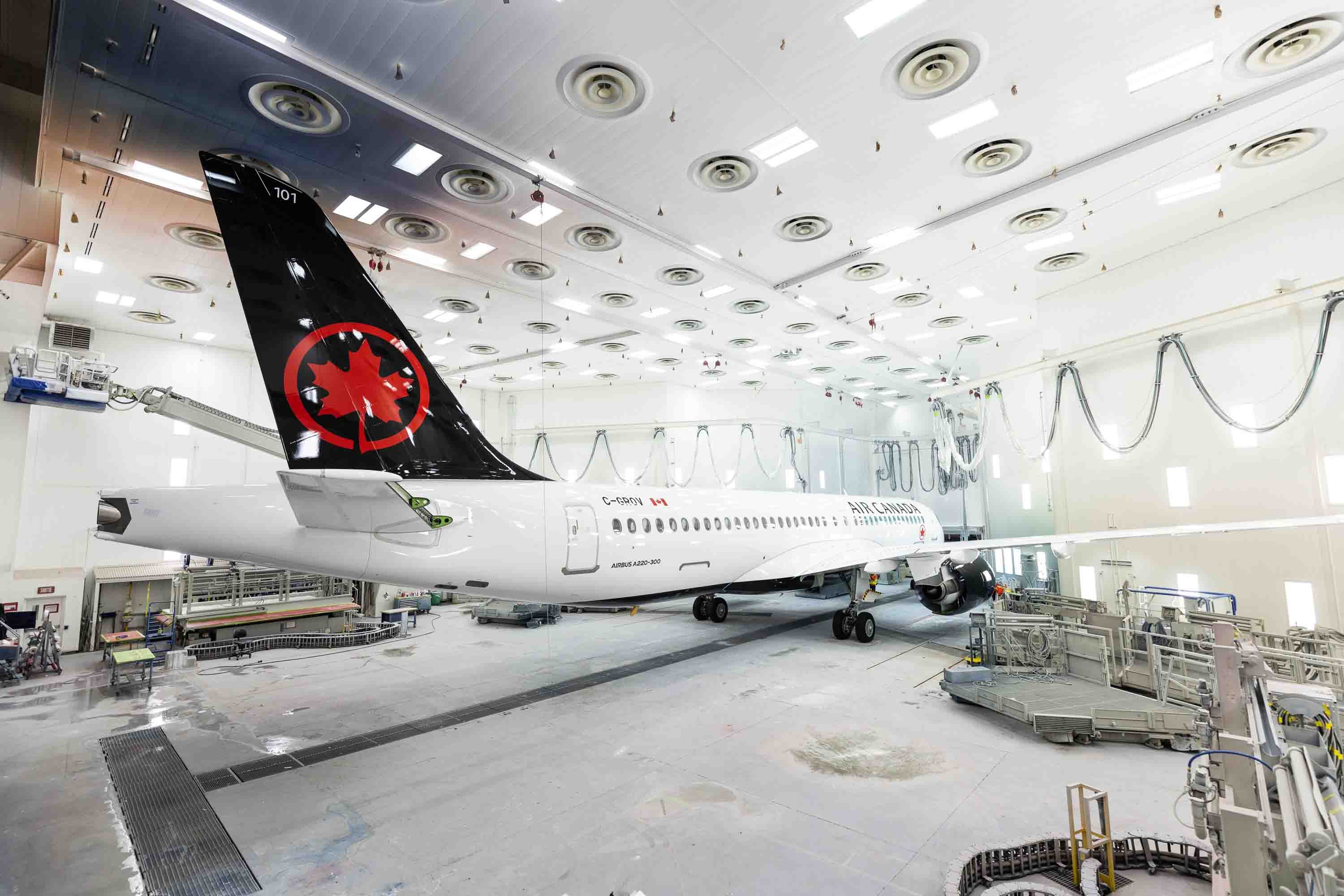 The Canadian flag carrier is set to take delivery of its first airframe next month with 45 on order.

The aircraft, C-GROV (c/n 55067) is configured with 137 seats in a dual-class configuration. The carrier plans to use the type to replace its existing mainline fleet of Airbus A320 Family aircraft which on average are over 20 years old.

Air Canada’s newest aircraft has now moved to pre-flight activities before its first flight later this year. Currently, there are 94 A220 aircraft flying with six operators on regional and transcontinental routes in all over the world. Airbus boasts an order book for the type of 530 aircraft as of the end of October 2019.