Journalist, screenwriter, photographer: Harriet Quimby would have been a remarkable individual had she never taken to the air. That she became the fi rst woman to hold a US aviator’s licence, and then to fl y herself across the Channel, only added to her life’s achievements 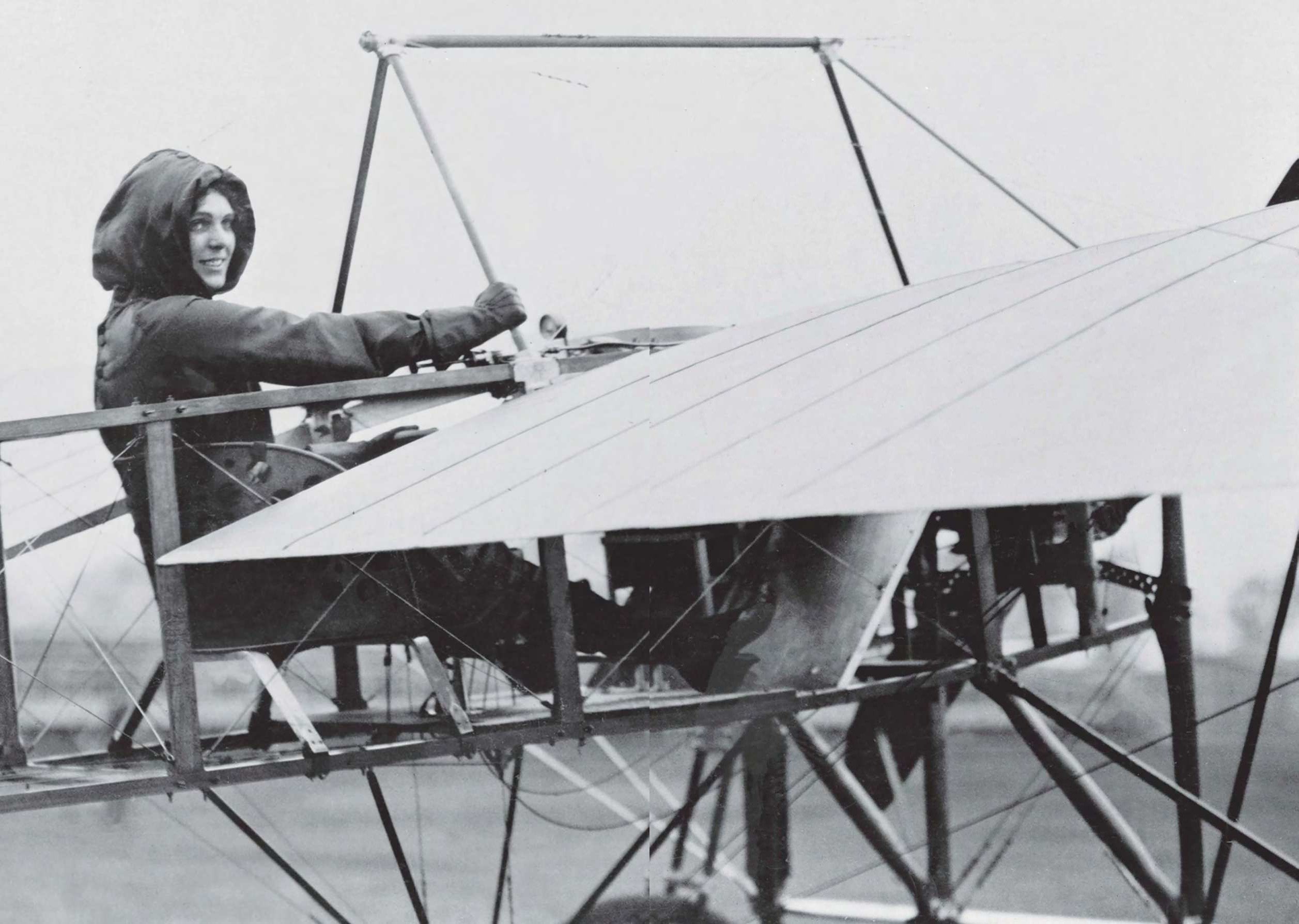 Hood up, Harriet Quimby on a Moisant Blériot at the Long Island-based Moisant fl ying school during the summer of 1911.
ALL VIA PETE LONDON 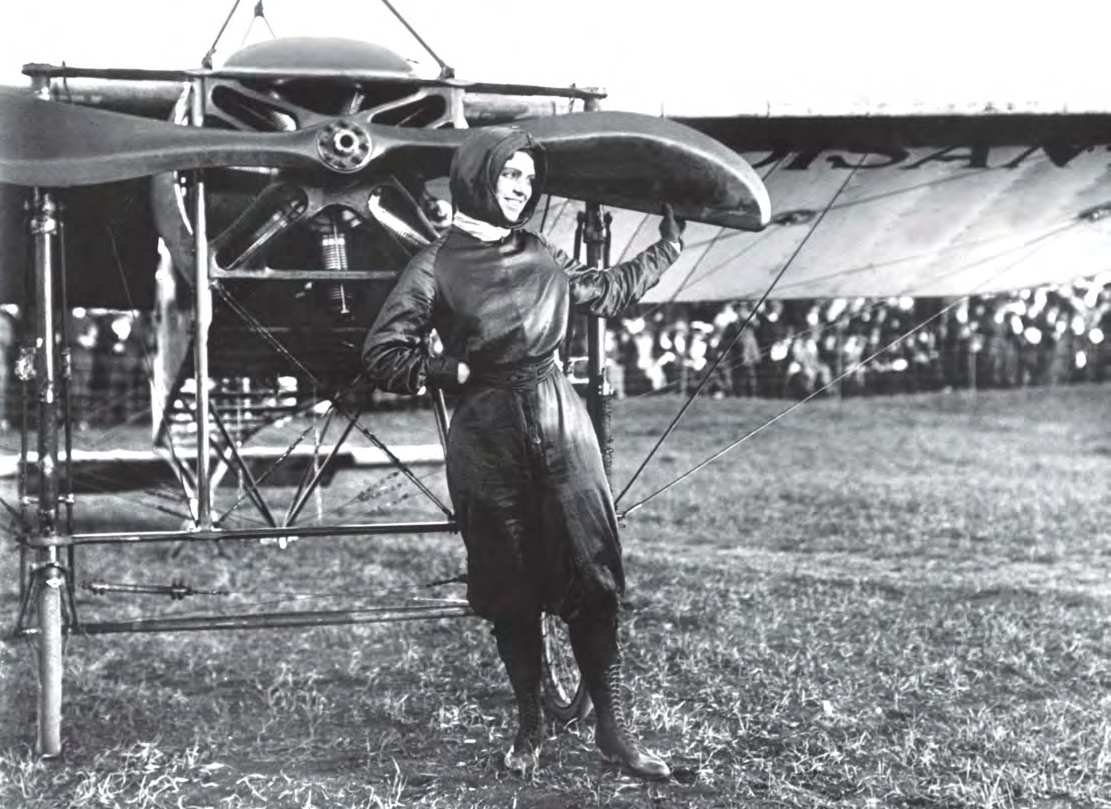 Wearing the flying suit she designed herself, Harriet stands proudly by her machine, which has a Moisant marking below its port wing.

Tuesday 1 August 1911: Hempstead Plains, Long Island, New York. The wind had dropped and a watery early-morning sun stole across a close-cropped field. Flying instructor André Houpert watched his pupil aviator point a Moisant Blériot monoplane into the gentle breeze; its engine crackled and spat. Lifting lightly, the translucent aircraft rose from the grass, describing several figure-of-eight manoeuvres around the field’s marker posts before setting down by its stipulated landing spot. Watched by two officials from the Aero Club of America, an altitude test followed, and another safe landing. The Blériot’s seated figure waved gleefully from the cockpit. That morning, Harriet Quimby became the first American woman to qualify for an aviator’s licence.