The P1154 seems somehow symbolic. Born when the Hawker name still existed, within a year of its cancellation Sir Sydney Camm was dead. It also, along with the TSR2 and AW681, has come to embody the end of a British aviation era — but Hawker’s supersonic V/STOL strike fighter was never anything other than a collaborative effort 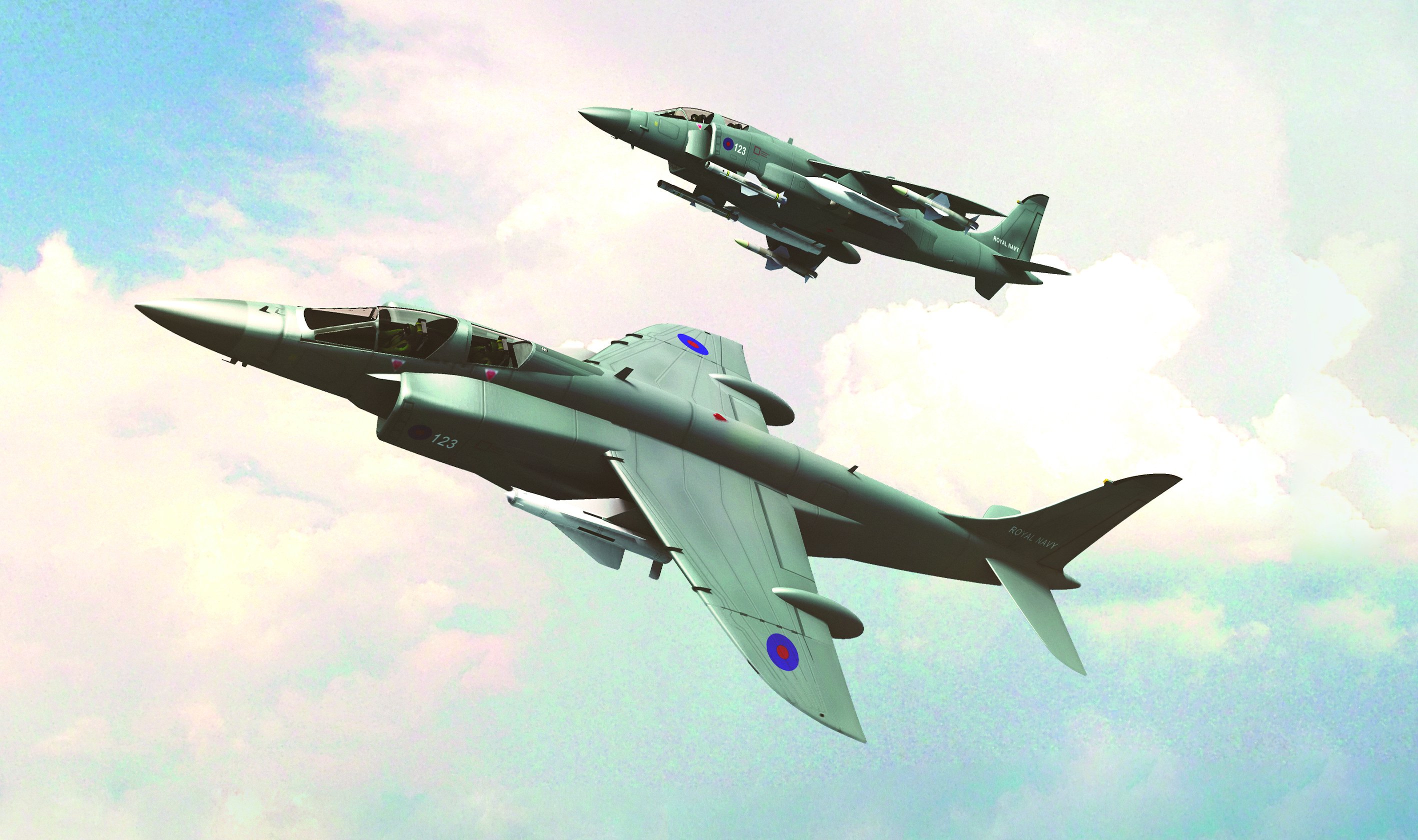 This artwork shows a pair of Fleet Air Arm P1154s climbing out on a sortie. The divergence of the naval variant from the original P1154 to meet NATO’s NBMR-3 requirement prompted increased weight, complexity and costs.
ADRIAN MANN

The ’big three! the TSR2, AW681 and PI 154, have dominated the story of British post-war aviation for more than half a century. Hawker’s PI 154, which was to be called Harrier, has been very much overshadowed by the TSR2 but is possibly more significant in the evolution of the industry. It incorporated supersonic VTOL, joint requirements, multiple roles and discussions on international co-operation at a time when these concepts were novel and untried.