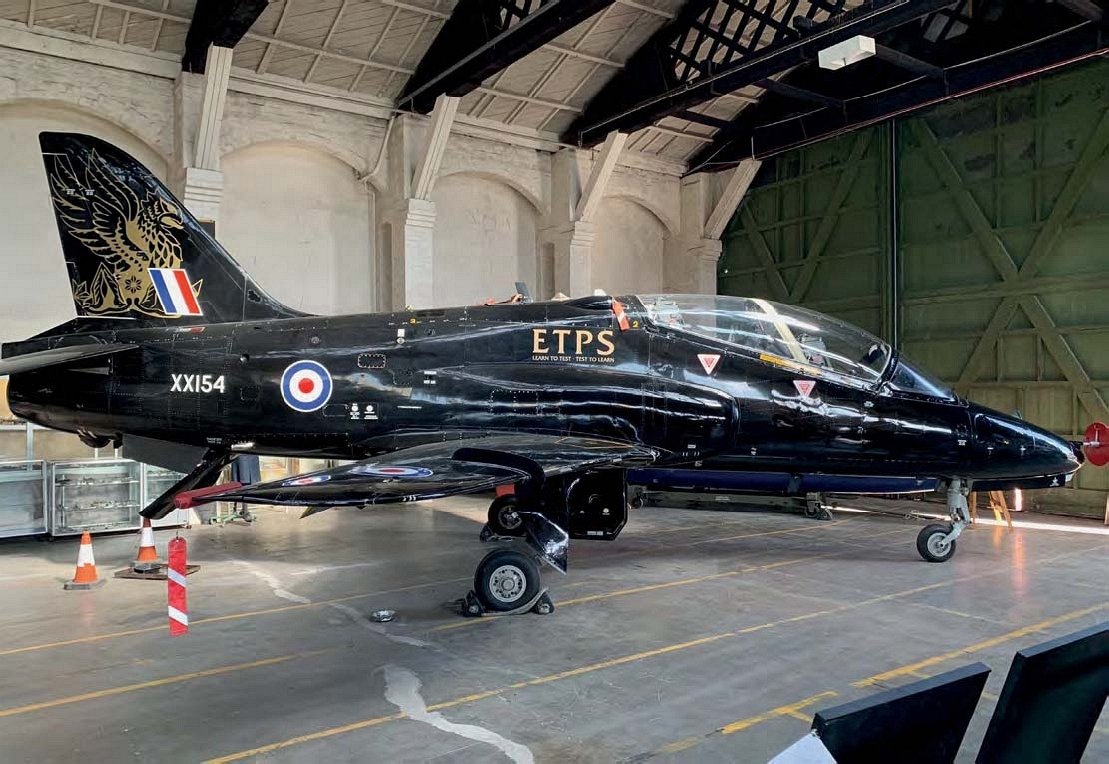 On 21 August, 45 years to the day after its maiden flight, the first Hawker Siddeley Hawk to be built, XX154, arrived at Old Sarum where it has now joined the Boscombe Down Aviation Collection. The museum is housed in one of Old Sarum’s century-old Belfast truss hangars.

The Hawk was retired from use with the Empire Test Pilots’ School at Boscombe Down in December 2018 when it was declared to be out of hours. The machine was transported from Boscombe Down to Old Sarum as an underslung load beneath an RAF Odiham-based No 27 Squadron Boeing Chinook helicopter.

It was at 19.00hrs on 21 August 1974 that Duncan Simpson, the chief test pilot of Hawker Siddeley, took XX154 up for a 53-minute first flight from Dunsfold. The Hawk T1 entered RAF service just over two years later.