“On June 18 at 18:43hrs, a Syrian regime Su-22 military jet aircraft dropped bombs near Syrian Democratic Forces fighters south of Tabqah, Syria, and, in accordance with rules of engagement and in collective self-defence of coalition partnered forces, was immediately shot down by a US F/A-18E Super Hornet aircraft, ” the Department of Defense said in a release of the same date. The Su-22 is a Soviet-built fighter and one of the oldest tactical jets in the Syrian Air Force.

The victorious single-seat F/A-18E Super Hornet was from a squadron assigned to Carrier Air Wing 8 (CVW-8) onboard the aircraft carrier USS George H.W. Bush (CVN 77), operating in the Eastern Mediterranean Sea. Carrier Air Wing 8 includes four F/A-18-equipped strike fighter (VFA) squadrons, two (VFA-31 and VFA-87) fly F/A-18E Super Hornets, one (VFA-213) with two-seat F/A-18Fs and one (VFA-37) with F/A-18C classic Hornets. The Navy has not announced which F/A-18E squadron was credited with the shoot-down, but one source said that a VFA-87 pilot scored the kill. The weapon used by the Super Hornet in the engagement has not been announced.

Until June 18, the most recent US aerial victory against a manned aircraft occurred on May 4, 1999, when an US Air Force F-16C shot down a Serbian Air Force MiG- 29 fighter over the former Yugoslavia.

When the Navy deploys its future CMV- 22B Osprey carrier onboard delivery (COD) aircraft on aircraft carriers, the Ospreys will operate coincident with the deployment of F-35C Lightning II strike fighters.

Testifying before the Senate Armed Services seapower subcommittee in Washington on June 13, 2017, Rear Admiral DeWolfe Miller, the Navy’s director of air warfare, said: “The CMV-22s are going to be tied to our F-35C deployments on the carriers. It’s the only thing that can carrier the engine [the Pratt & Whitney F135] on board. That’s clearly going to be critical as we sustain that airplane [the F-35C] into the future.” 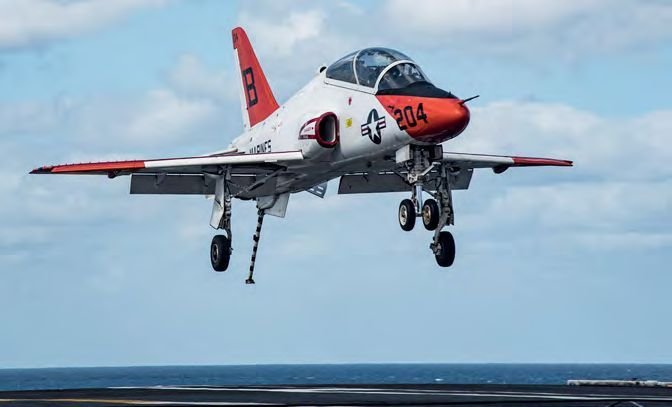 The Navy is requesting six CMV-22Bs in its FY2018 budget proposal. The aircraft will be initially based on the West Coast to support carrier deployments as they begin to replace C-2A Greyhound COD aircraft. The service intends to procure 44 CMV-22Bs.

Three nations have entered into an agreement centred on the P-8A Poseidon maritime surveillance aircraft to strengthen the security environment of the North Atlantic Ocean.

“Today, Norway, the United Kingdom and the United States signed a statement of intent to lay out guiding principles for a trilateral partnership with P-8A aircraft to address the changing security environment in the North Atlantic, ” the US Department of Defense said in a June 29, 2017, release.

“This agreement establishes a framework for further cooperation in areas such as readiness, enhancing defence capability and interoperability.”

The three nations have a long history of maritime patrol cooperation, often tag- teaming in tracking ships and submarines. 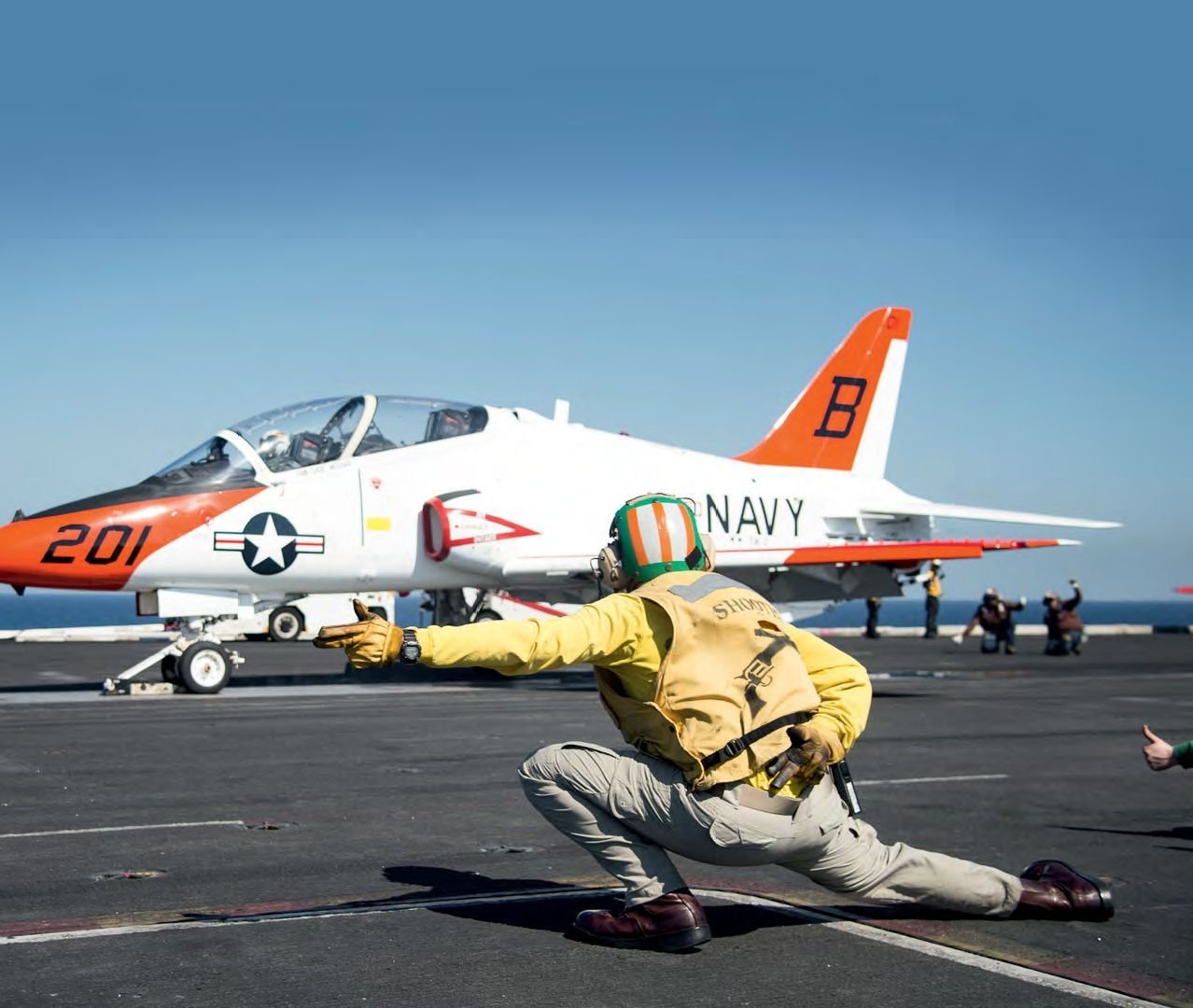 The Royal Air Force and the Kongelige Norske Luftforsvaret (Royal Norwegian Air Force) are procuring nine and five P-8As respectively. The US Navy’s programme of record is 109 P-8As, although the service hopes to restore the number to 117.

The Kongelige Norske Luftforsvaret has flown P-3 Orion maritime patrol aircraft in the maritime patrol role since the 1960s and has been an important force in the tracking of Soviet and now Russian naval activity.

With the purchase of the P-8, the Royal Air Force is reinstating a maritime patrol force, one that was shut down in 2011 with the retirement of the indigenous Nimrod MR2 maritime patrol aircraft.

The Navy plans to resume training student aviators in their full syllabus in the T-45 Goshawk jet by the end of summer, a senior Navy admiral said. Training flights in the T-45 were suspended in April after a series of physiological episodes (PEs) involving hypoxia-affected pilots.

During a June 15 teleconference from the Pentagon on the results of a comprehensive review of airborne PEs in the T-45 and F/A-18 jet aircraft in the last six months, Vice Admiral Bill Moran, Vice Chief of Naval Operations, told reporters: “Our instructors are flying the [T-45] today with a new mask configuration. Instructors are doing warm-up flights and using that mask before we put students [back] in the airplane and can be sure that they understand procedures and how to operate it.

“We expect to get our student pilots back in the airplane for warm-up flights sometime in the next couple of weeks. As more airplanes are modified with water separators, bleed-air shutoff valves [and other modifications to the onboard oxygen generation system], then we will be able to ramp up to full-syllabus flights near the end of the summer.”

On June 13, Vice Admiral Paul Grosklags, testifying on the FY2018 budget proposal before the Senate Armed Services seapower subcommittee, said the T-45 training suspension had delayed about 25 student aviators per month: “By the end of June, we will have racked up about 75 students that have been delayed going to the next squadron, which would be the fleet replacement squadron.”

He said instructor pilots have been flying currency flights in the T-45 up to altitudes of 5,000ft above sea level — well below the 10,000ft altitude at which supplemental oxygen is needed — and gravities of less than 2g.

The Navy has taken several T-45s to the Naval Air Warfare Center Aircraft Division at Naval Air Station Patuxent River, Maryland, where Admiral Grosklags said: “We [the Navy] had torn some of them apart to the extent that we took every single component in that breathing gas path out of the aircraft, starting with the engine and going through the entire system, inspecting all the piping in between all the way up to the [pilot’s] mask and the vests that the aircrew wear.”

Grosklags also said the Navy has instrumented some of the problem T-45s to try to detect problems in real time, with no smoking gun to date.