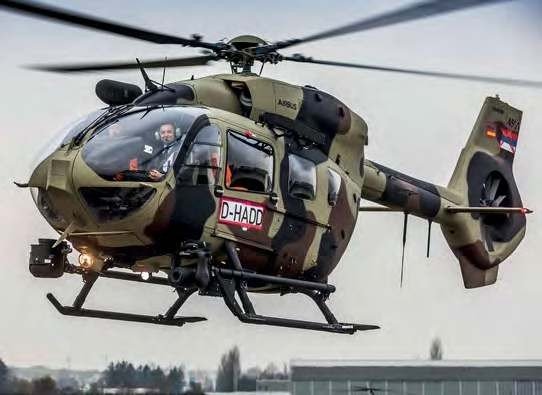 The first H145M helicopter for the Serbian Air Force, serial number 14501, was accepted by Serbia’s Minister of Defence Aleksandar Vulin at Donauwörth on November 23, 2018 and two more were due to be handed over to the Serbian Ministry of Interior in December.

Serbia has nine H145Ms on order for use by the Air Force and Ministry of Interior and four of the Air Force’s helicopters will be fitted with Airbus’ HForce weapons management system.