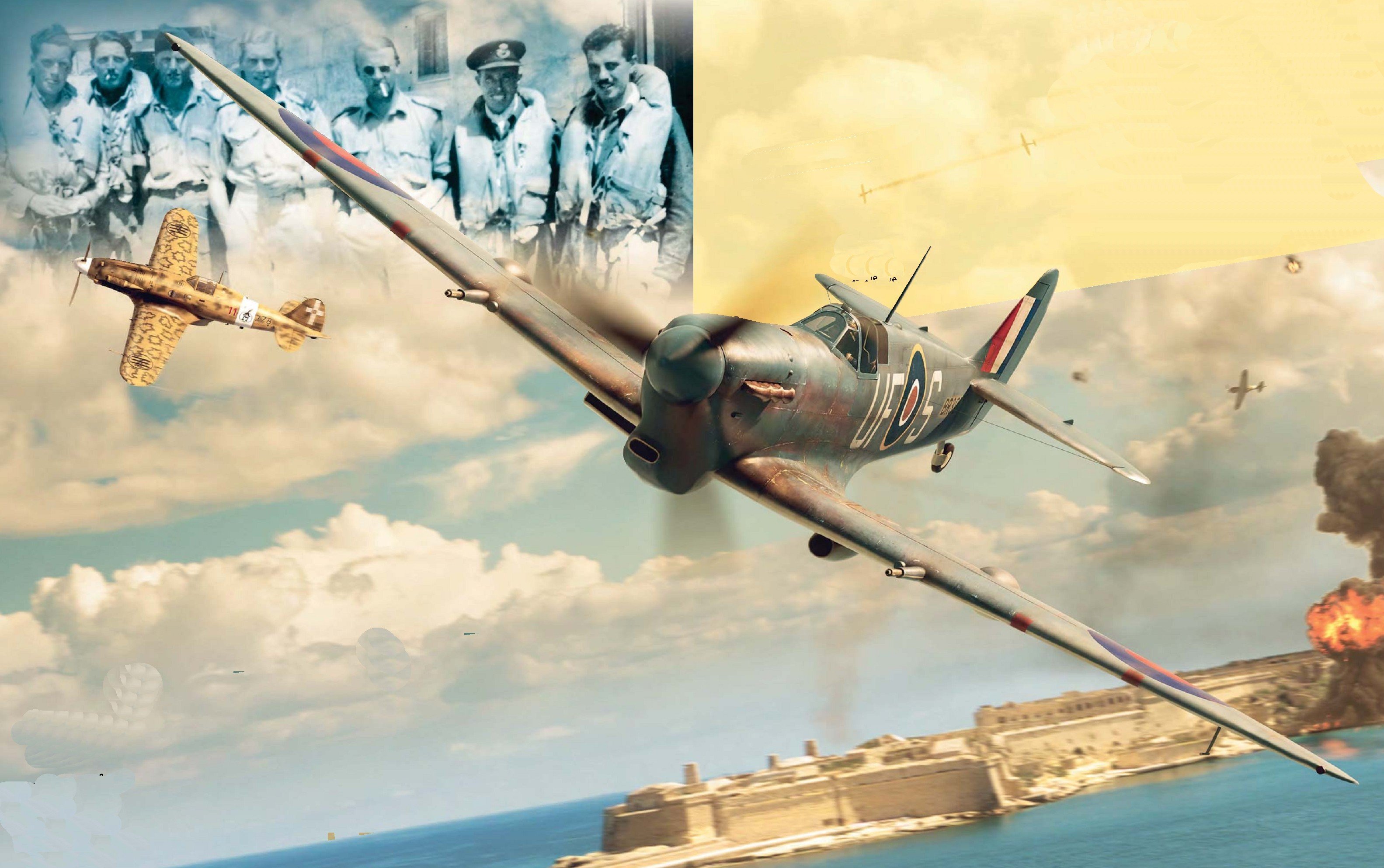 Sergente Maggiore Faliero Gelli, in his Macchi C.202, tussles with the Spitfire Mk.Vc of sgt George Reurling over Malta on July 27,1942. Geli’s aircraft was hit in the dogfight and he crash-landed on the nearby island of Goz0
Inset: For the Spitfire pilots on Malta, scrambles were constant, with little time for relief. Their diet was meagre, illness and dysentery were rife, and the physical and psychological toll immense. Present here are aircrew from the Ta’ Qali Wing in August 1942. Left to right: Sgt Stan Shewell, Plt Off s Vincent Moody and George Beurling, Flt Lt George Swannick, Wg Cdr Arthur Donaldson, Plt Off Frank Johnson and Sqn Ldr Bill Douglas. Beurling was the highest-scoring ace over Malta.

"Either, sir, we get the Spitfires here within days, not weeks, or we’re done. That’s it.” This was the stark reality uttered by Sqn Ldr Stan Turner to AVM Sir Hugh Lloyd, Air Officer Commanding Mediterranean Allied Coastal Forces, about the situation in Malta. It all began over the peaceful waters of the English Channel.