Rest of the world 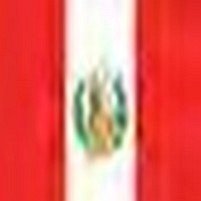 Single-seat Su-25 serial FAP 070 (c/n 10058) high over the Pacific Ocean. Note the twin-barrel 30mm GSh-2-30 fi xed cannon built into the port side of the forward fuselage, below the cockpit; this is provided with 250 rounds. Katsuhiko Tokunaga/DACT

The Peruvian air arm, the Fuerza Aérea del Perú (FAP), took delivery of 18 ex-Belarusian Su-25s in 1998, including ten single-seaters and eight two-seaters. Originally built for Soviet service between 1987 and 1991, the aircraft equipped Escuadrón Aéreo 112 of Grupo Aéreo 11, stationed at Talara-El Pato air base in northwest Peru. Not long after their arrival, these Frogfoots saw use in combat, in an innovative role, intercepting narcotics-carrying aircraft.