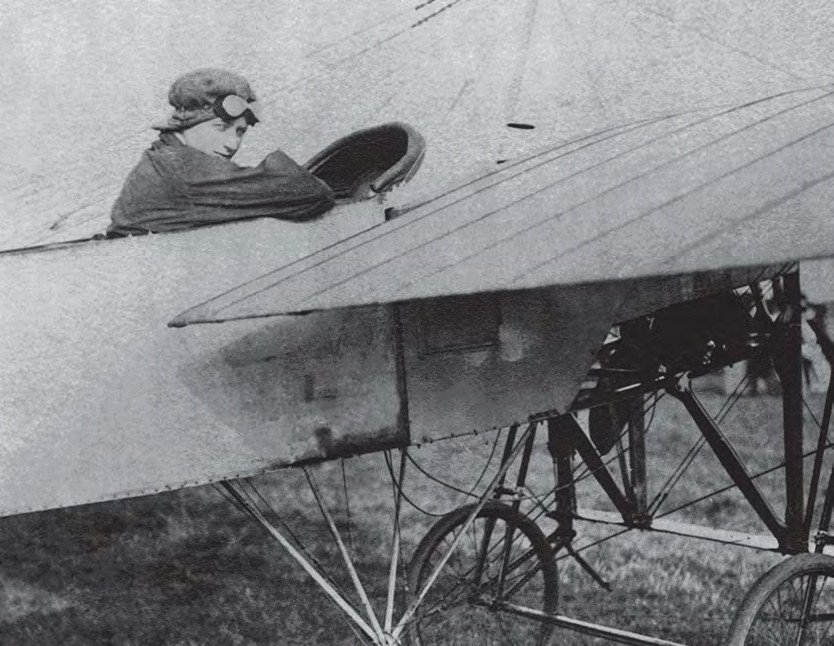 Gustav Hamel in the cockpit of his Blériot at Penzance, Cornwall, in 1913.

“The dishes all had aviation-related names: the MC announced the ‘looping lobster’ with the words, ‘the lobster is now looping’”

Aviators are a strange lot. They were 100 years ago, and some say they still are today. Bentfield ‘Benny’ Hucks became the first British pilot both to loop and to fly inverted, feats he demonstrated to enthusiastic crowds at Brooklands in November 1913. Earlier that year he and Gustav Hamel, another pioneering British aviator, had engaged in a one-v-one air race at Edgbaston which really fired the imagination of both press and public. To mark these milestones in powered flight — demonstrating that powered aeroplanes were controllable even in extreme conditions of flight — a celebratory dinner was organised at the Royal Automobile Club the following January, with Hucks and Hamel the guests of honour. The meal’s theme was ‘upsidedown’, to which end the tables were arranged in a looping pattern and every element of a normal dinner was inverted. It commenced with coffee and the loyal toast (‘The King’), after which the courses were served in reverse order, ending with the starter. The dishes all had aviation-related names: the sweet course was ‘Soufflé à la Hucks’, while the MC announced the ‘looping lobster’ with the words, “the lobster is now looping”. As his party trick, Hucks attempted to drink champagne from a glass while upside-down but without, it was reported, any great success. Six months later, the First World War started, and all such examples of peacetime silliness came to an end. Or did they?

Members of the RAF have, over the years, maintained a reputation for dark, ironic humour. During the Second World War, when the populace tuned in to BBC radio for mainstream comedy and shows such as ITMA (‘It’s That Man Again’) with the character Mrs Mopp and her catchphrase ‘TTFN’ (‘Ta ta for now’), an altogether blacker form of expression thrived in the RAF. There’s the story of the WAAF handing out parachute packs to bomber crewmen before a mission.

As anyone who knows me will attest, I’m far too young to remember any of this. But I have witnessed more recent examples of RAF humour, some of them fathomable and others less so. I remember some years ago visiting the crew room of an RAF fighter squadron (unit and airfield withheld) in which there were two tables, each with a stack of profile prints featuring the squadron’s current aircraft type. You know the sort of thing — a good colour side-view on heavy white art paper, with plenty of space around the aircraft for each squadron member to add his signature. Pilots were going to one table, signing several prints, then moving to the second table to repeat the exercise. Intrigued, I asked why this was. “Well”, it was explained, “on one table we have the prints to be given to VIP guests and squadron visitors. We all sign those properly. On the other one, we have prints for sale at air displays. For these, each pilot signs with somebody else’s name”. As I said, sometimes unfathomable.

The RAF’s love of abbreviations and acronyms continues unabated. I must admit to a wry smile on reading a recent news release from RAF Lossiemouth. It concerned the upgrade of the Eurofighter Typhoon flight training simulation systems at this Scottish base, to allow the squadrons to train as a four-ship. Two additional emulated deployable cockpit trainers (EDCTs) have been installed at the establishment, which is known as the Typhoon Training Facility (North) — or TTF(N).