Today, the first flight of any new British aircraft type is a media event, attended by news cameras and commentators (‘experts’) live-broadcasting to the world. Or, at least, if there were any new British aircraft types, that would surely be the case. But it was not always like this. The maiden take-off of Spitfire prototype K5054 at Eastleigh in 1936 was, of course, a very low-key affair. ‘Mutt’ Summers was the pilot and Supermarine’s chief designer Reginald Mitchell had parked his yellow Rolls-Royce around the side of the hangar to witness the flight, but few outside the company were present on the airfield and test pilot Jeffrey Quill remembered it as very much “a family affair”. Indeed, the date, generally accepted as 5 March 1936, remains the subject of discussion with some contemporary reports stating that it took place the following day. It is surely the case that the significance of the new aircraft — referred to as the Type 300, F37/34 or, more prosaically, “the fighter” — was not recognised at the time.

By comparison the first flight of Concorde, from Toulouse by prototype 001 (F-WTSS) on 2 March 1969, was a highly newsworthy event that was broadcast globally. Interest in Concorde was high and media hype rampant. The man in the street would soon be able to fly supersonically, and time was running out for outmoded jetliners such as the Boeing 707. In all the hubbub, nobody in the crowd that day thought to question Concorde’s fearful afterburner noise on take-off , its smoky exhaust or, perish the thought, the specific fuel consumption of the four Olympus 593 engines. That said, the flight went off with out a hitch. The whole affair was staged to make the onlooker feel proud to be Franco-British, although the French were eager to point out that 001 had come off a French production line and that captain André Turcat was a French test pilot. The Brits, meanwhile, averred that ‘British’ prototype 002 (G-BSST) was only months from making its first flight from Bristol and gleefully pointed out that, while this was certainly a collaborative venture, “Britain makes the nose of Concorde, the bit that gets there first.” 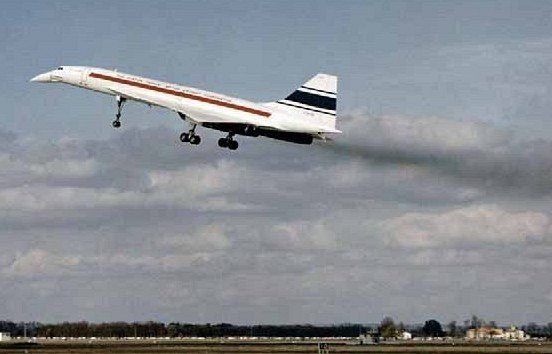 In the late Raymond Baxter’s famous words, “She flies”. Concorde 001 powers skywards from Toulouse on 2 March 1969, André Turcat in command.

The initial flight of the prototype Britten-Norman BN-2 Islander, one of the great successes of Britain’s post-war aircraft industry, is recorded as having taken place at Bembridge in the early afternoon of Sunday 13 June 1965, when G-ATCT took off from the grass of the Isle of Wight aerodrome for a 70-minute test flight, piloted by Des Norman and John Britten. In fact, several ‘hops’ had been made into the air the previous evening, which begs the question ‘what exactly constitutes a first flight?’ See also the F-16…

“The whole affair made the onlooker proud to be Franco-British, although the French pointed out that 001 had come off a French production line”

Other British first flights have had less happy outcomes. Eric Th urston formed Tawney Aircraft to produce the Tawney Owl, a Porsche-powered, twin-boom pusher design for a two-seat light aircraft. Prototype G-APWU made its first, tentative flight from Stapleford Tawney, Essex, on 22 April 1960. Soon after take-off and while still at very low altitude, the pilot decided he needed to land straight ahead. This he did, overrunning the grass runway and nosing over in a rough field beyond. Neither occupant suffered serious injury, but no second flight was ever attempted.

Then there was the Hunting Percival P74, a futuristic helicopter of the 1950s with a strange egg-shaped fuselage. Designed around two Napier Oryx gas turbines, it used the engine exhaust to drive the main rotor via nozzles at the tips, thus removing the need for a complex transmission. Air Ministry-funded, the prototype was allocated the military serial XK889. Flight-testing at Luton got under way in early 1956, but the aircraft showed no inclination whatsoever to get airborne. Worse, vibration was so severe that the airframe’s integrity was put at risk. In late February 1956 cancellation of the ministry contract was announced, thus putting the company out of its misery. The P74 was never officially named, but unaccountably acquired the nickname of ‘the Kiwi helicopter’