The phrase ‘A picture’s worth a thousand words’ came into common usage in the United States during the early 1920s. Its origins were in the advertising business, exhorting companies to underline their message by adding an image or two, but it remains equally true today in the aviation world.

Photography is older than aviation. The Frenchman Joseph Niépce was producing acceptable still-life images in 1830, although with extremely long exposure times that made moving subjects an impossibility; not quite the ‘fortnight at f/2’ quoted by photographers today to indicate low light levels, but nearly so. When the Wright brothers made their first powered flight in North Carolina on 17 December 1903, there was a photographer present to record the event, whether or not he appreciated the significance of what he was witnessing.

Kodachrome colour transparency film became available, albeit in only small quantities, in the course of the Second World War. This enabled a few master photographers such as Charles E. Brown to record wartime aircraft in flight in colour images that still appear — indeed, rather frequently — in print today. Far from the current ‘take it, review it, delete it’ digital photography mentality, Brown had to get everything right first time. Film was precious and needed to be returned to the States for processing, and he is said to have averaged only 30 colour shots a year during the war.

The explosion of ‘good’ colour aircraft photography coincided with increasing American military engagement in Vietnam, the emergence of the relatively cheap Pentax SLR camera and the availability of Kodachrome. Suddenly, US servicemen could afford to purchase quality cameras and film, and used their access to record the war. As a result, the USAF and US Navy involvement in South-east Asia has been relatively well documented, and it’s thanks to them that we have excellent colour shots of, for example, lines of natural metal F-100 Super Sabres on the flight line at Da Nang in 1965, or camouflaged F-4 Phantom IIs in shelters at the same base five years later.

“In too many cases the photos in archives are neither captioned nor dated, which can be both unhelpful and tantalizing” 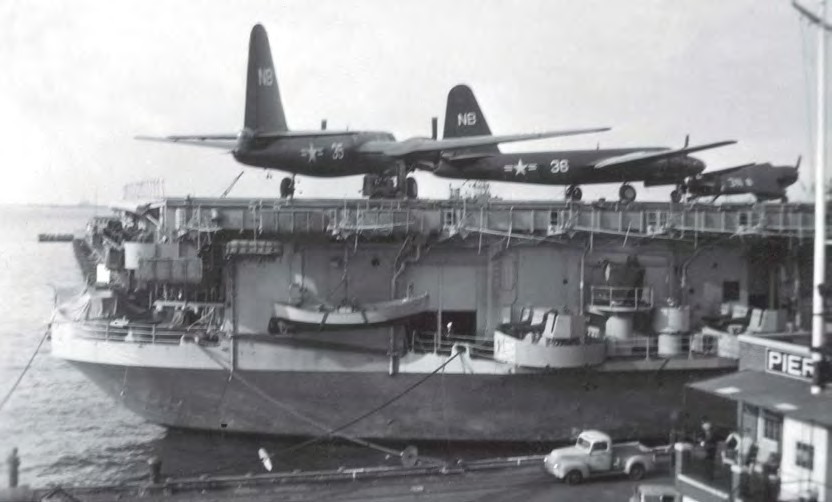 Despite this, the photographers employed full-time by the armed services, manufacturers and aviation magazines continued to work primarily in black and white (or ‘monochrome’ as they say in the Home Counties). This remained the case until the 1970s, when colour film — transparency or negative — really started to take over. A perceptive comment made to me recently was that the Royal Navy “didn’t discover colour until the Phantom”. And it’s true.

My feeling is that a good black-and-white is far preferable to a mediocre colour shot, but I realise that this is a contentious area.

Call it an interest, but I spend quite a bit of time going through photo archives. In too many cases the photos therein are neither captioned nor dated, which can be both unhelpful and tantalising. I recently came across a small 3 x 2in black and white print in an American collection that showed two US Navy P2V Neptunes lashed to the flight deck of an aircraft carrier. On the back was scrawled

“Norfolk March 18 ’49 across Pier 7 to FDR”. Neptunes? On an aircraft carrier? Research indicates that these were specially stripped-down Neptunes converted for the nuclear bomber role and designated P2V-3C. Weight was reduced to a minimum by the removal of most of the defensive armament, and take-off from the carrier deck was made with the aid of strap-on JATO bottles. No arrestor hook was fitted, as this was essentially a one-way mission. Composite squadron VC-5 was formed in September 1948 to operate detachments of two or three aircraft from each of the three Midway-class carriers. Only 12 P2V-3Cs are said to have been converted and they were, by their very nature, somewhat camera-shy. That said, an internet search will reveal a few good images, including an impressive one of the JATO launch of an aircraft from the USS Franklin D. Roosevelt. What byways one can end up exploring from a single photograph…