FLIGHT of the MITCHELLS

The trans-Atlantic trip by the five B-25 Mitchells involved in the filming 40 years ago of Hanover Street was, as described last month, a true epic. Once they were in the UK, the making of the movie itself had its moments 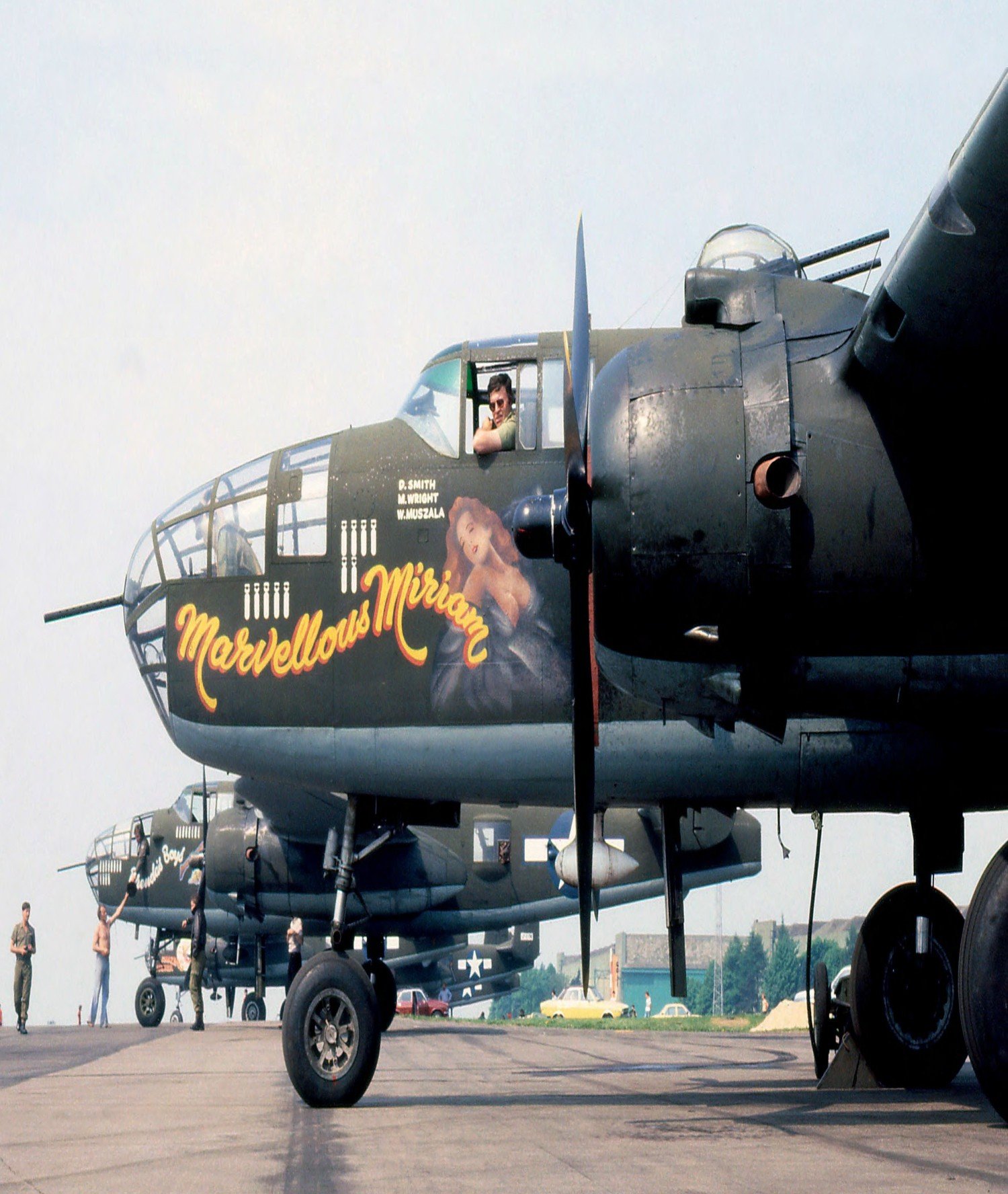 The Mitchells about to taxi out for a filming sortie from Little Rissington. The artist who sprayed Marvellous Miriam was unaware of the fact that the American spelling of ‘marvellous’ only has one ‘l’! STEVE RICHARDS 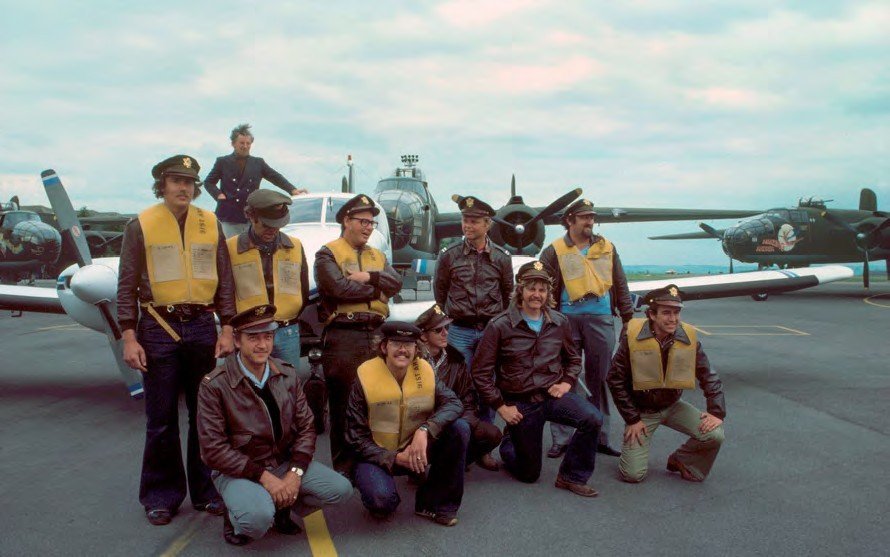 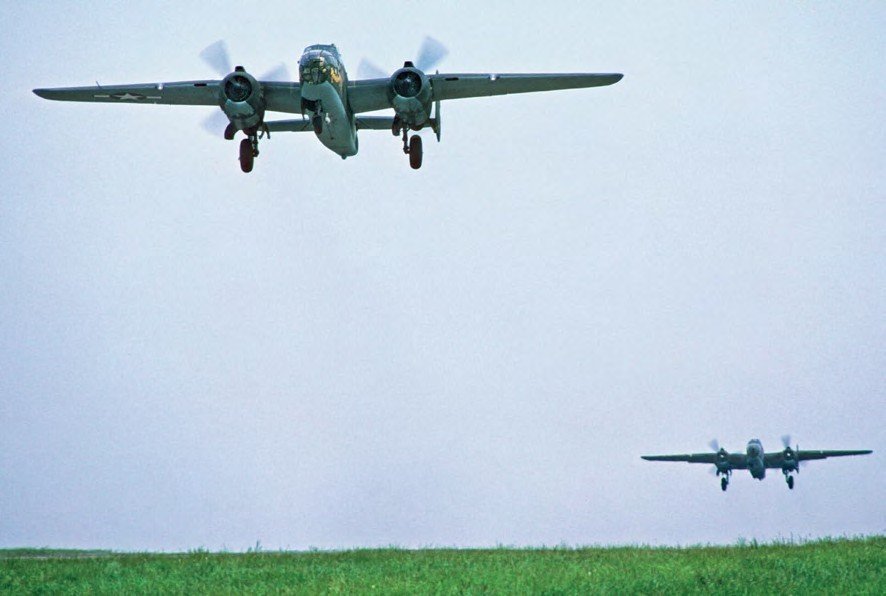 Rumbling into the air from Little Rissington are Marvellous Miriam and Gorgeous George-Ann. ADRIAN M. BALCH 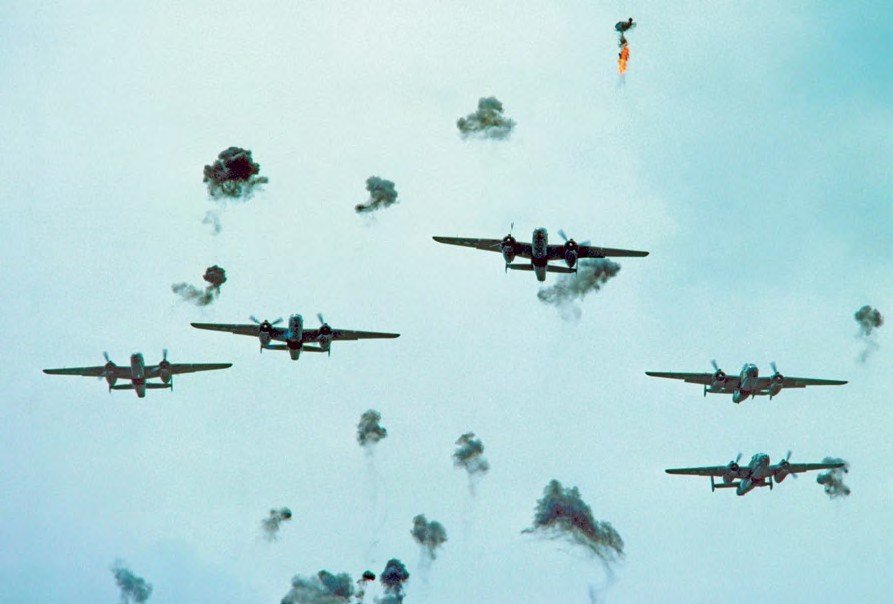 On 11 May 1978, four of what would eventually be five North American TB‑25N Mitchells touched down at Luton Airport following a somewhat fraught Atlantic crossing. Pleased as he was, one gets the sense that John ‘Jeff ‘ Hawke was disappointed that he had been unable to make a grand entry into British airspace with all five World War Two bombers.