Flight Sim World comes with officially licensed GA aircraft, which “faithfully replicate their real-world counterpart, with every gauge and switch fully operational.” Even edge-ofthe- envelope manoeuvres such as stalls and spins have been replicated, while atmospheric effects such as raindrops on the windscreen in stormy weather have been modelled.

The initial simulator features lessons, missions, multiplayer and ‘Free Flight’ mode. Content and features will expand over the Early Access period in addition to the implementation of feedback from the flight sim community. 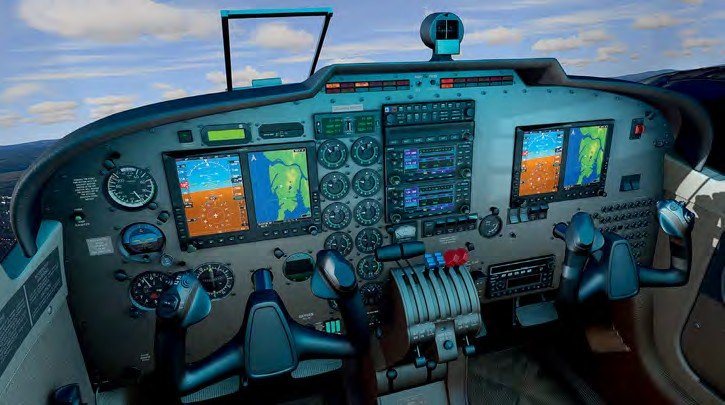 A Flight Planner provides full control over weather, location and time of day, as well as random events, while the Pro Mission Editor can be used to create more complex missions.

Head of ‘Third Party’ at Dovetail Games, Simon Sauntson concluded: “We have already built relationships with some of the best and brightest flight simulation developers in the industry. Flight Sim World will expand on those partnerships as we continue to secure premium content for our players. In addition to growing existing partnerships, we are reaching out to the wider development community to foster new relationships and bring top quality content to FSW.”

• Easy to use flight planner.

• Lessons and missions to test your skills.

• Pilot profile to keep track of your flight hours.