Thirteen years ago, I learned of a King Air B200 simulation product in development for Flight Simulator 2004 and I reached out to the developers. To my great amazement, one of them lived only a mile or so away from me and we quickly became good friends. At the time, the Aeroworx King Air B200 was arguably one of the most advanced and authentic aircraft developed for Flight Simulator. 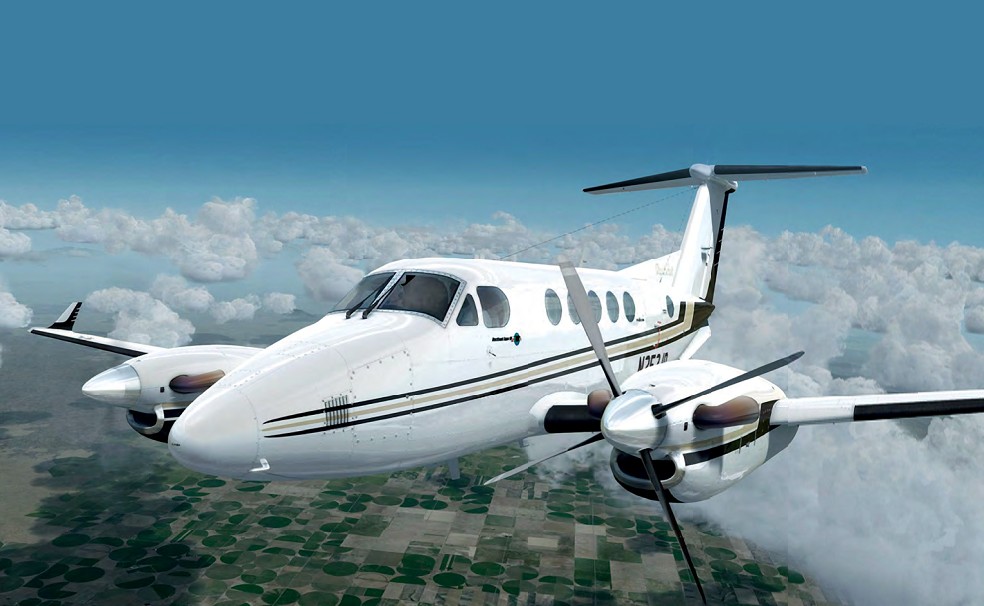 Performance with a feathered propeller is pretty good, although unfeathered, single-engine performance at max gross weight seems a bit better than what could be expected in real life.

As is often the case in software development, teams dissolved, products were acquired and when it all shook out, the accomplished development house at Flight1 had acquired the rights to further develop the Aeroworx B200. Over the next decade, we saw continuous improvements to the already fantastic model with versions released for FSX and early versions of Prepar3D (P3D). Earlier this year, Flight1 released a new all-in-one B200 package that includes updated versions for FSX, FSX: Steam Edition, P3D v3, and P3D v4.