This is the greeting you’ll often hear over the PA on landing in Auckland International (NZAA). The airport is located on the southern shores of New Zealand’s biggest city, Auckland, and serves as the country’s primary gateway to the rest of the world. 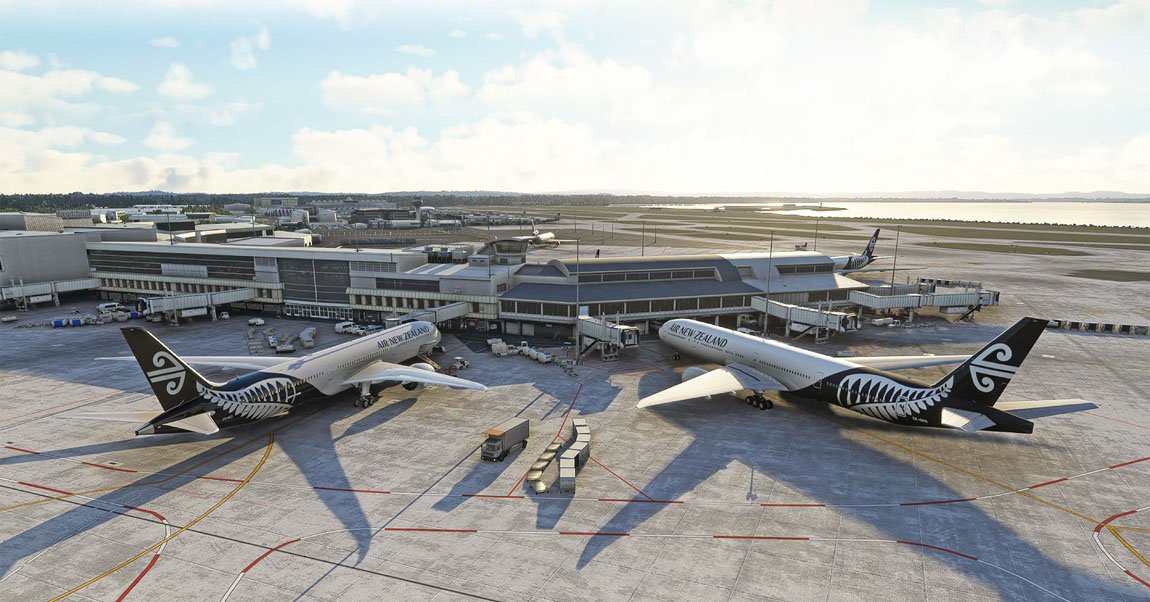 An overview of the international terminal pier, looking towards the east.

The site first saw flying activity back in the 1920s when the newly formed Auckland Aero Club sought out a large flat field outside the city to be their base of operations. Named Mangere Aerodrome, the site remained relatively untouched through to the 1960s, with the paved runway aerodrome at RNZAF base Whenuapai, serving as the city’s primary airport during the first half of the 20th century.

After substantial redevelopment, including reclaiming land from the adjacent Manukau Harbor to form the original 2,590m runway, Auckland International Airport was officially opened with a grand celebratory pageant in January 1966.