When FlightSimExpo was announced in December 2017, it quickly gathered pace as major names in the industry confirmed they would be attending. By show day, it had become one of the most anticipated events of the year, with an impressive line-up of 45 exhibitors and 21 speakers. All 1,100 tickets sold out. 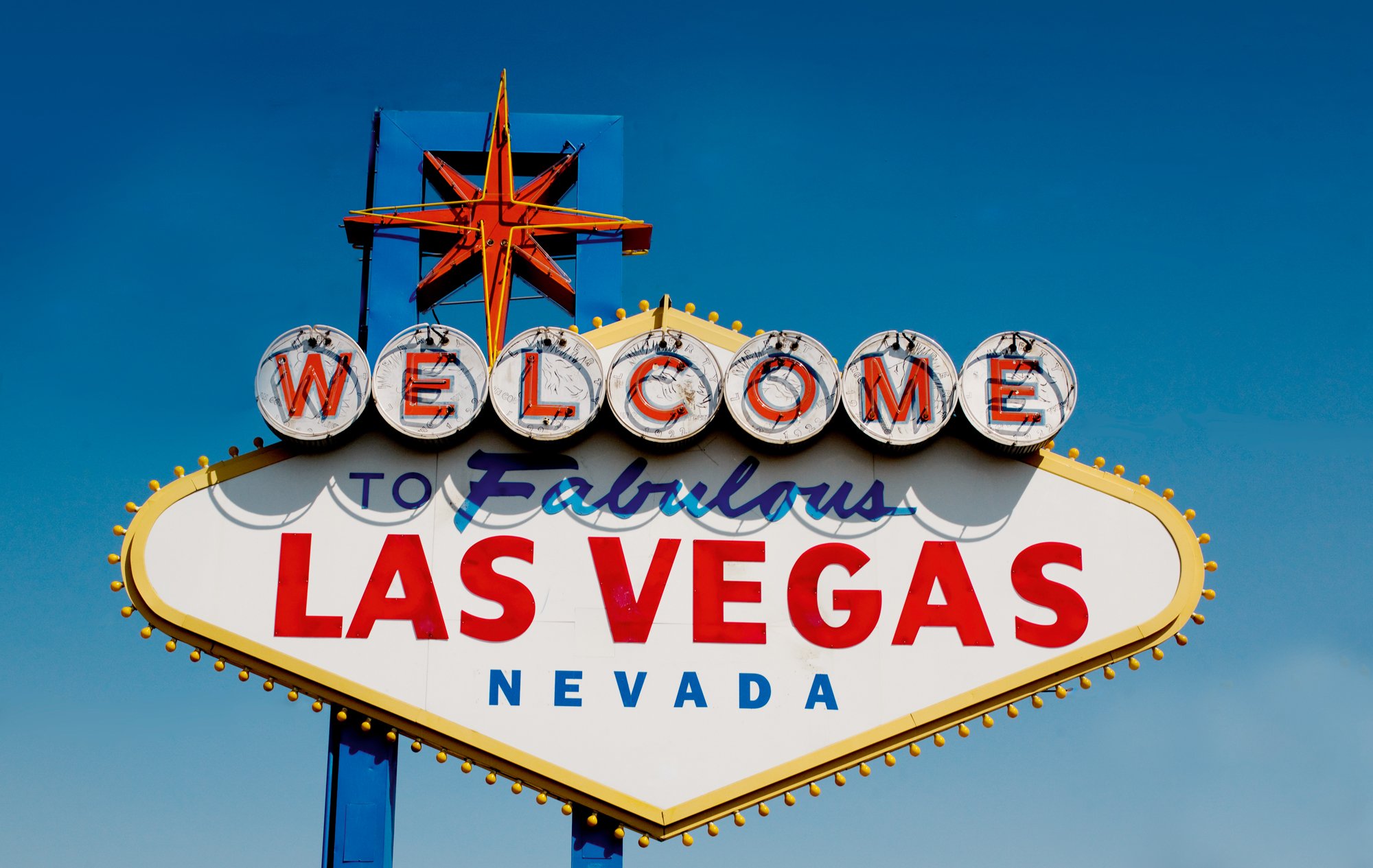 It was also a great way to catch up with the latest flight simulation products and meet like minded people who share a common interest in aviation and fight simulation.

FlightSimExpo took place at the Flamingo Resort in Las Vegas on June 9 and 10 kicking off on the Saturday morning with an opening seminar by event organisers, Evan and Phil. This was followed by several short product announcements. PilotEdge CEO, Keith Smith highlighted the expansion of the ATC coverage area in the western US during the past year. He also announced SkyHigh Charters, where PilotEdge members can take on challenging IFR missions.

MindStar Aviation CEO, Stasi Poulos discussed how flight simulation has become more popular as a training tool for pilots and how their products, such as the G1000, is increasingly being used by flying schools. Flying Development Studios CEO, Laura Laban, talked about new updates for Infinite

Flight, a subscription-based flight simulator that runs on iOS and Android tablets. This included new aircraft, the CRJ 700 and the TBM 930, along with scenery for South America and Asia.

Jarrad Marshall gave a rundown of the work Orbx has done over the past few months. Apart from producing scenery for Aerofly FS2 and X-Plane, the company has released two new product lines, TrueEarth which covers entire regions in high-resolution photorealistic scenery down to street level and CityScene, which models cities around the world in detail. He also introduced new realistic snow textures, which will feature in two upcoming Swedish airports Dala (ESSD) and Kiruna (ESNQ). 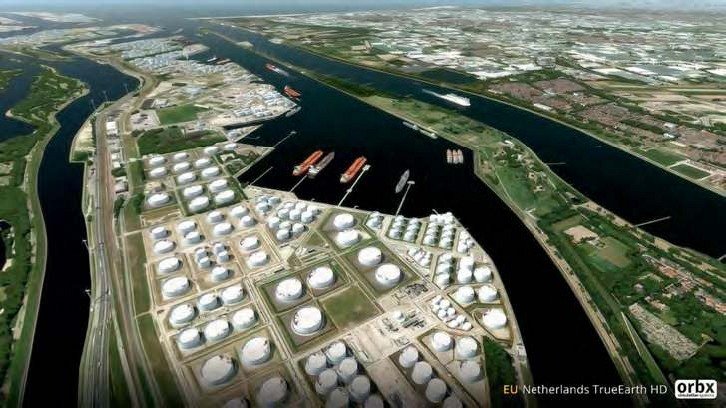 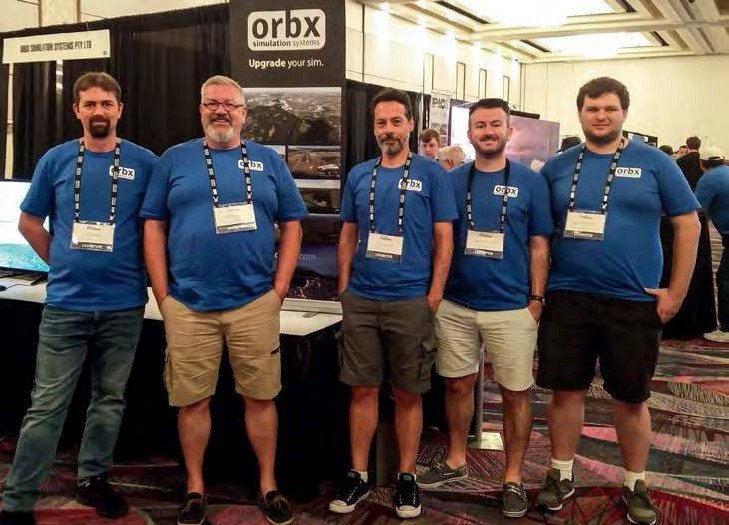 Laminar Research revealed new features in the upcoming 11.30 release. This will include new autogen such as industrial areas with ground clutter and more landmarks for New York and Washington DC. Austin Meyer discussed upcoming changes to the physics engine in X-Plane, such as improvements to jet engine characteristics, better prop wash and downwash modelling and more realistic fuselage lift and drag. Philipp Ringler highlighted new systems that will be introduced including different types of antiice and de-ice systems and realistic general aviation and airliner autopilots.

In addition, 11.30 will ship with a new particle effects system that will include contrails, smoke trails and engine intake condensation, which can be customised for individual aircraft. Finally, Ben Supnik discussed the new graphics engine to be implemented in X-Plane called ‘Vulcan’. He explained that this was far more efficient than the current OpenGL engine and promises to deliver significant performance improvements. According to Ben, there may be a Vulcan beta by the end of the year, but this is still not certain.

One of the more anticipated announcements was from PMDG’s CEO, Robert Randazzo. He started out by showcasing some of the features of the upcoming 747-8, such as a new vertical situation display and electronic checklists that interact with different sensors on the aircraft. It will also feature a new ‘Airport Environment Display’, which will show the airport layout including taxiways, runways and gate positions. In addition, the -8 will ship with an Electronic Flight Bag (EFB), which will scan the scenery that has been installed so the charts will match the airport scenery. He also demonstrated Rainmaker, which adds effects such as window fogging, the accumulation of snow and ice on the windows, dynamic rain effects and bugs on the aircraft’s windshield.

Finally, he announced PMDG’s secret project called PMDG Global Flight Operations, which adds ‘persistence’ to the simulation world. It will contain a database of aircraft, each one with a unique serial number. The concept is to enable virtual pilots to share aircraft. You can pick up a specific airframe from the PMDG Operations Centre and once it is checked out, it can’t be used by anyone else. You will start with the aircraft at its last destination and fly it to an airport of your choice and leave it there. The aircraft will then be back on the Operations Centre for someone else to check out. Aircraft will be in the panel state they were left in by the previous pilot and each one will have a history of use, including the flights performed and any damage or wear they have accrued.

Global Flight Operations will feature a global Aircraft Communications Addressing and Reporting System (ACARS) system that simulates realistic VHF and UHF ACARS transmission stations as well as satellite coverage; this also includes the loss of coverage in parts of the world.

It will receive arrival information including weather, performance data and airlinespecific messages. Existing PMDG aircraft will be upgraded to take advantage of Global Operations and it will also work with some third-party aircraft.

Seminars covering a range of topics were held over both days of the show. Jason Miller, a professional flight instructor in California, discussed how simulators can be used to speed up flight training and save costs by streamlining flows and standardising procedures in the simulator before the flying lessons. Charles Kendall from SimWare Kits explained how recent advances in consumer-grade 3D printing has enabled components to be produced for home-built cockpits more cost-effectively. Joe Corrigan from Jet Sim shared his experience flying a single-engine aircraft around the world. He also covered aircraft teardown procedures and how aircraft parts can be adapted and integrated into a simulator. Joe has a home-built 747-400 simulator made from a real 747 nose section. Captain John Cox held a seminar on how professional pilot training has evolved as high-fidelity simulators become more commonplace. He also gave advice for budding pilots looking to get involved in the industry. He is known from the TV series, Air Crash Investigation (known as Mayday in Canada) and as a writer of the weekly column ‘Ask the Pilot’ for USA Today.

The exhibition hall was packed with stands from all the major players in the industry. QualityWings was there running the latest version of its Ultimate Collection 787 for Prepar3D version 4, while TFDi Design was demonstrating new features of its 717. REX Simulations revealed details of Environment Force, a new weather program with dynamic clouds that build or dissipate over time and a new more realistic weather engine that will be implemented in SkyForce 3D. 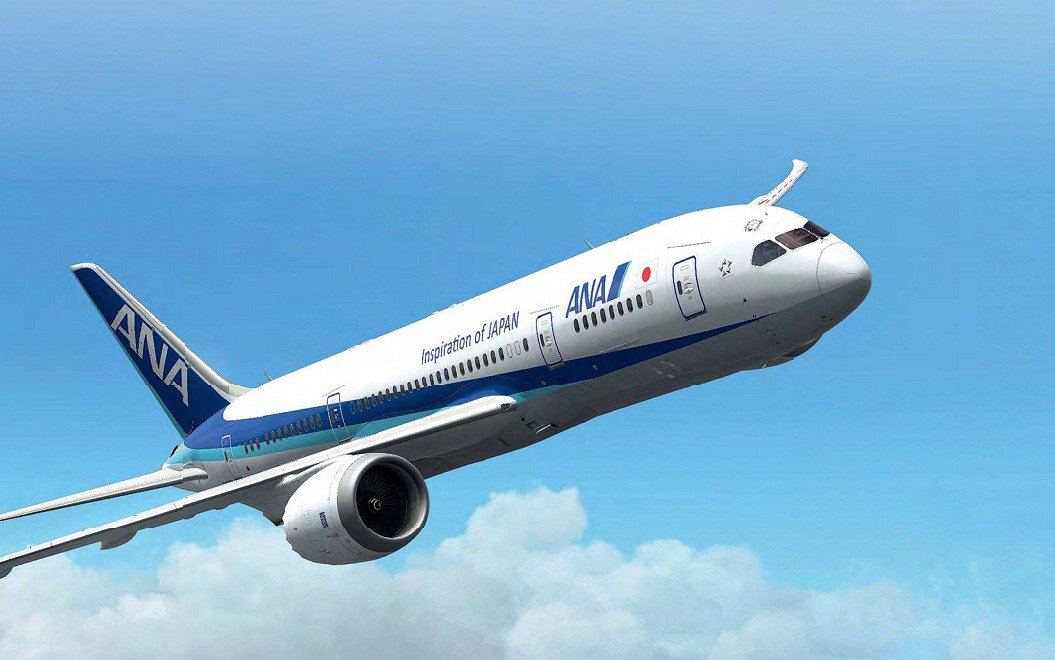 The QualityWings development team demonstrated the Ultimate 787 Collection in Prepar3D. 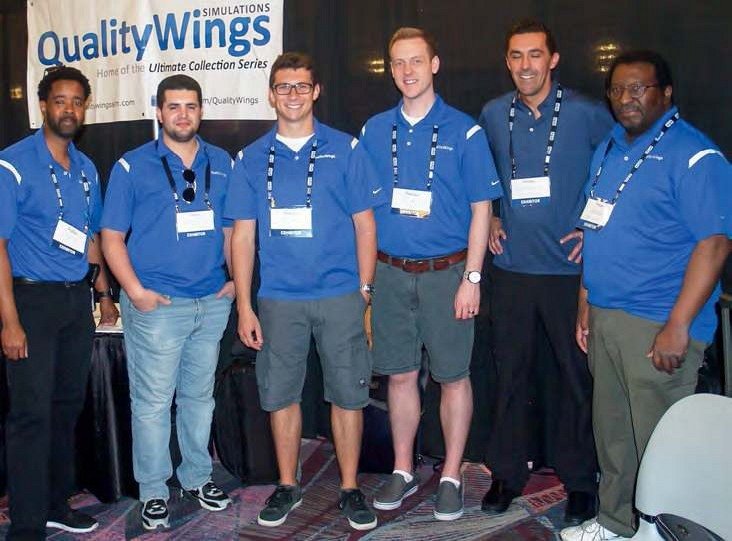 Aerosoft showcased its latest Airbus A318/319 professional for Prepar3D. They also had the new Thrustmaster TPR Rudder System on display for visitors to try out. 1C Game Studios was demonstrating the most recent IL-2 series, Battle of Bodenplatte, using VR. Lead producer, Jason Williams explained: “Highlights for me have been the response to our setup and the surprise of attendees who have never seen or played Sturmovik before.”

The company is due to release Battle of Bodenplatte and Flying Circus later this year.

Over on the FlyJSim stand Jack Skieczius was demonstrating the 727 Pro V3 which is currently in development. It will feature a native X-Plane 11 flight model with PBR materials. A surprise announcement from MilViz was that it has now entered the X-Plane market and is currently porting the C310 Redux, for FSX and Prepar3D, over to X-Plane. Apart from the exhibitors, many developers attended the show in an unofficial capacity. Scott and Jake Gentile of A2A Simulations and Simeon Richardson from Majestic Software were there, as well as Carenado founders Fernando Herrera and Mauricio Illanes.

MilViz has recently rolled out most of its aircraft range for Prepar3D version 4, including the Corsair which was designed exclusively for the platform. 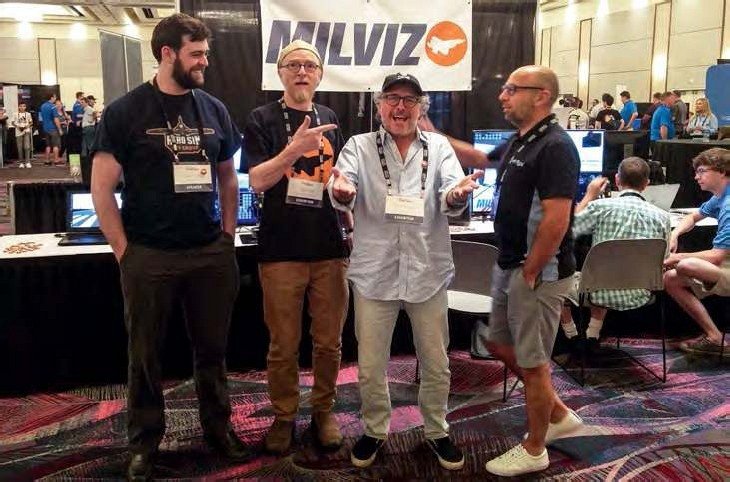 I had a brief chat with Engineering Project Manager Adam Breed about how he saw the future of Prepar3D. “There is a lot of growth in Virtual Reality (VR), which I think is very exciting. I see a lot more capability being added in visualisation and rendering techniques such as Physically Based Rendering (PBR). VR is going to drive a lot of advances with improvements such as higher quality visuals. Big leaps in technology are going to be mixed reality where you have video pass-through so you can see the real controls. Mixed reality is going to be a huge thing in flight simulation,” he said.He explained that although updates are generally customer-driven, there are major features that can be improved such as new additions to the rendering engine or weather systems. “We are trying to modernise every piece we can without breaking backwards compatibility,” he said, adding that updating airports has been a priority and there will be some wholesale improvements in the near future.

FlightSimExpo can only be described as a resounding success and feedback from everybody was overwhelmingly positive. Here are comments from some of the developers:

Marty Arrant, Laminar Research: “I have been going to events for 25 years from the original MicroWings show in the 1990s and this is definitely the best US show I have attended.”

Scott Gentile, A2A Simulations: “The event is a huge success. It is in a great location and Evan put together an amazing collection of speakers. Seeing a large part of the flight simulation industry in one place and in such a vibrant and dynamic atmosphere makes me see the future of the hobby as being very bright.” 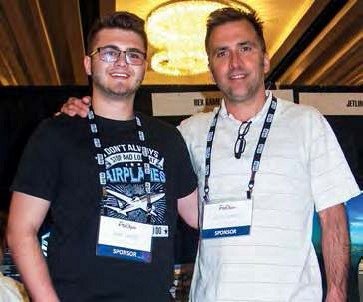 Scott and Jake Gentile were welcome visitors at FlightSimExpo. They are currently working on the Bonanza (bottom image). 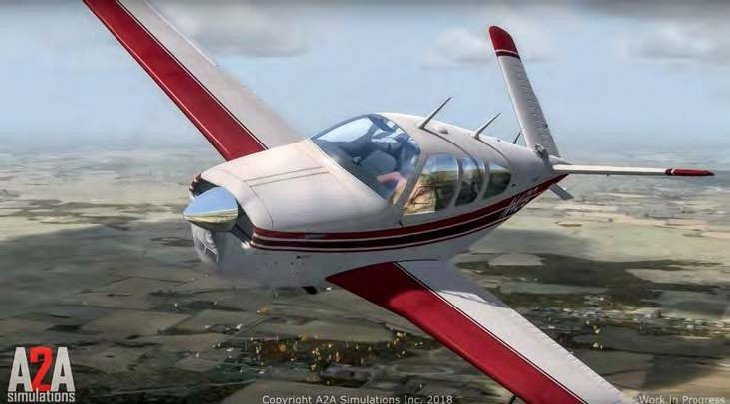 Simone Richardson, Majestic Software: “FlightSimExpo was a great success. Everybody here is trying to raise the bar and there is something here for everybody.”

Joshua Mendoza, TFDi Design: “I have really enjoyed the show so far. It is nice to see such an enthusiastic crowd and to connect with people you share the hobby with and put faces to names.”

Finally, it seemed fitting to get comments from organisers, Phil Coyle and Evan Reiter. Phil explained: “My favourite moment was seeing all the attendees walking through the door on Saturday morning and that is the point where a year’s worth of planning and hard work came together, and you say to yourself: ‘This is going to work, this is going to be an awesome event.’ That is also the moment where the job Evan and I have done is over and it is up to the exhibitors and sponsors to put on a good event and show the attendees what flight simulation is all about.”

Evan added: “Next year, bigger and better will be the name of the game. We are looking for more space and ideas on location and we want to hear from the community.” It has since been announced that FlightSimExpo 2019 will be held in Orlando.

Phil concluded: “We have based our location on input from developers, exhibitors, attendees and the flight simulation community. In a recent Twitter poll, Orlando was voted the best location for 2019, consistent with feedback from those who joined us in Las Vegas in 2018.”

We at PC Pilot would like to thank Evan Reiter and Phil Coyle for hosting a fantastic show. FlightSimExpo has got off to a blazing start and I can only see it getting even better. I look forward to seeing you in Florida next year. 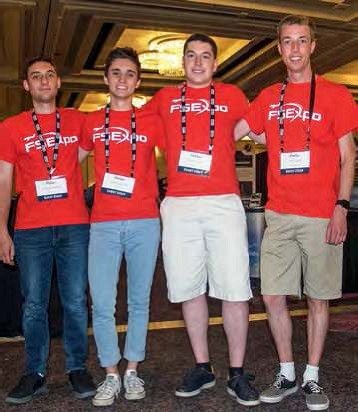 Thanks to a dedicated team, FlightSimExpo ran like clockwork. From left Tom Guerrette, Josh Marshall, Evan Reiter and Phil Coyle.