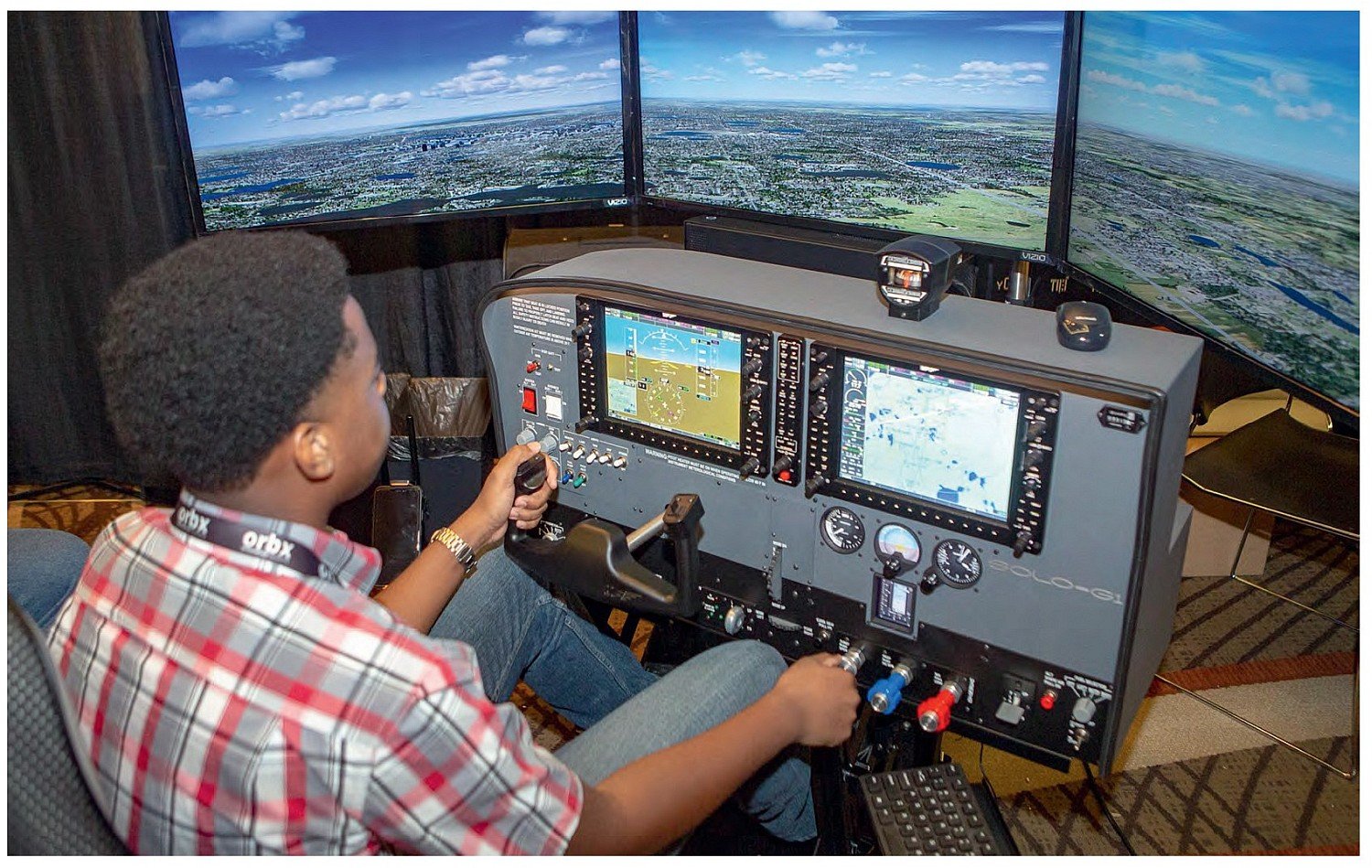 Red Bird Simulations had their full-motion flight simulator on display at this year’s show. The system was very popular with visitors.

Hot and humid. Two words that almost perfectly describe the location of this year’s FlightSimExpo. The theme park city of Orlando played host to the second annual FlightSimExpo over the weekend of June 7-9 with 1,648 people descending on the sunshine state to enjoy a weekend of flight simulation. Launched in Las Vegas last year, the show is quickly establishing itself as North America’s premier flight simulation conference.

A new move by Orbx into the world of hardware was on display at their stand. In partnership with Flight Velocity, Orbx is offering a panel system which integrates iPad displays into the sim.

This year’s show was spread across three days with a selection of optional seminars on Friday. Dubbed ‘Captains’ Corner’, these ‘education-orientated’ seminars from big names such as Lockheed Martin, Jetline Systems, Navigraph, Orbx and Laminar Research were on offer to attendees.