That disparaging view of the RAF’s Bristol Belvedere HC1 transport helicopter was typical of many. In the tough operational environment of Aden, its failings often came to the fore, but the type proved its worth time and again

”Fly in it? I wouldn’t even walk underneath it…” 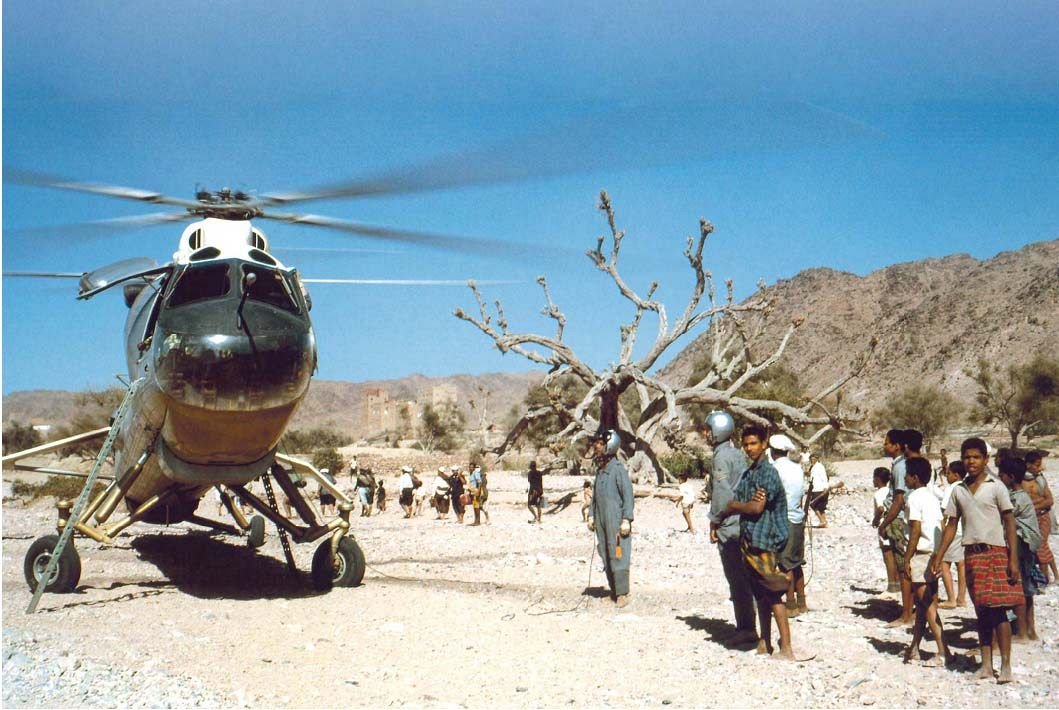 ”Our Belvederes”, says John Perrott, “were always a source of interest to the local tribesmen when we landed away from base. The vast majority of them were friendly towards us.” 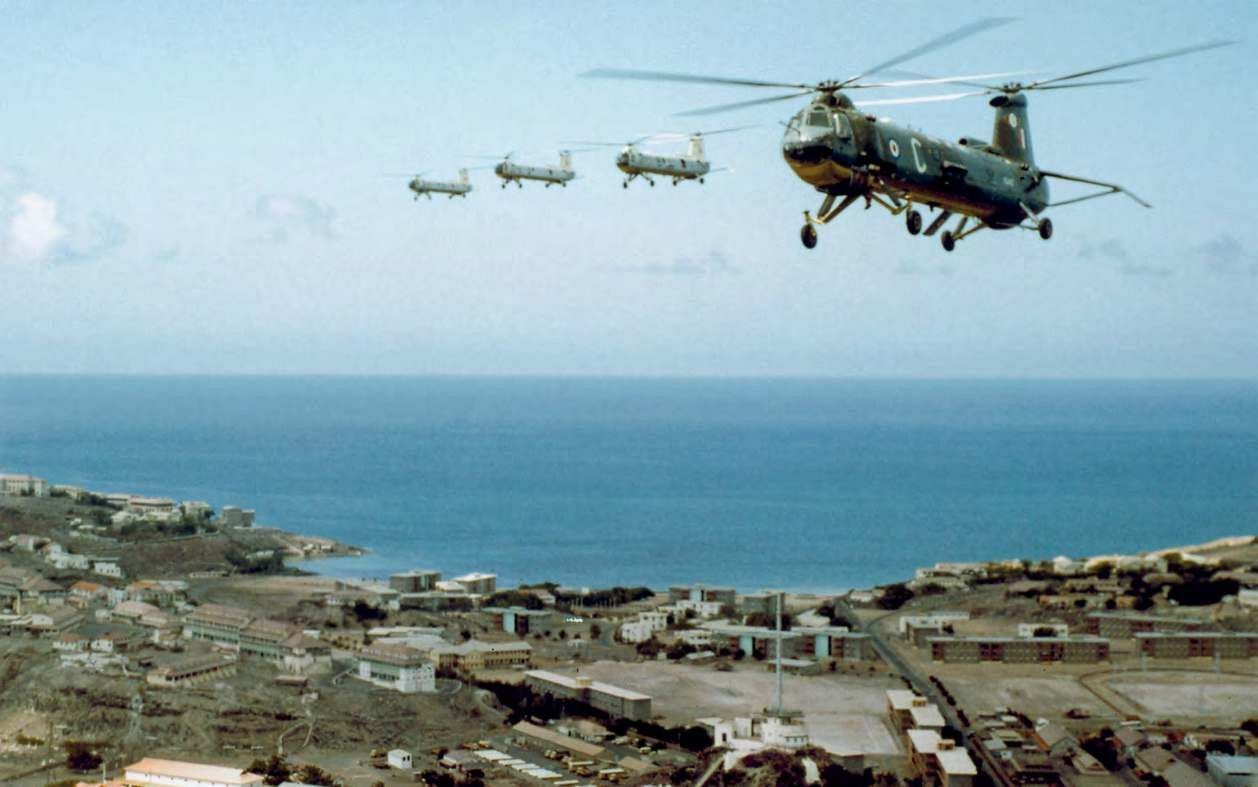 Following the loss of two of its seven Belvederes, No 26 Squadron managed to get five serviceable for a flypast over Steamer Point, Aden. Four of them were photographed from the fifth example in late 1964.

After 11 years as an RAF pilot, which included tours as a fighter pilot and as an instructor, I was posted — unwillingly — to a helicopter course at RAF Tern Hill, Shropshire, during the summer of 1963. It was intended that, at the end of the course, two of us would be posted to Gütersloh in Germany flying the popular Whirlwind HAR10. Two young, firsttour pilots were posted to Aden to fly the Belvedere.