With a much-modified B-25 Mitchell, one innovative Hollywood aviation film company looked to the past to meet the demands of the future 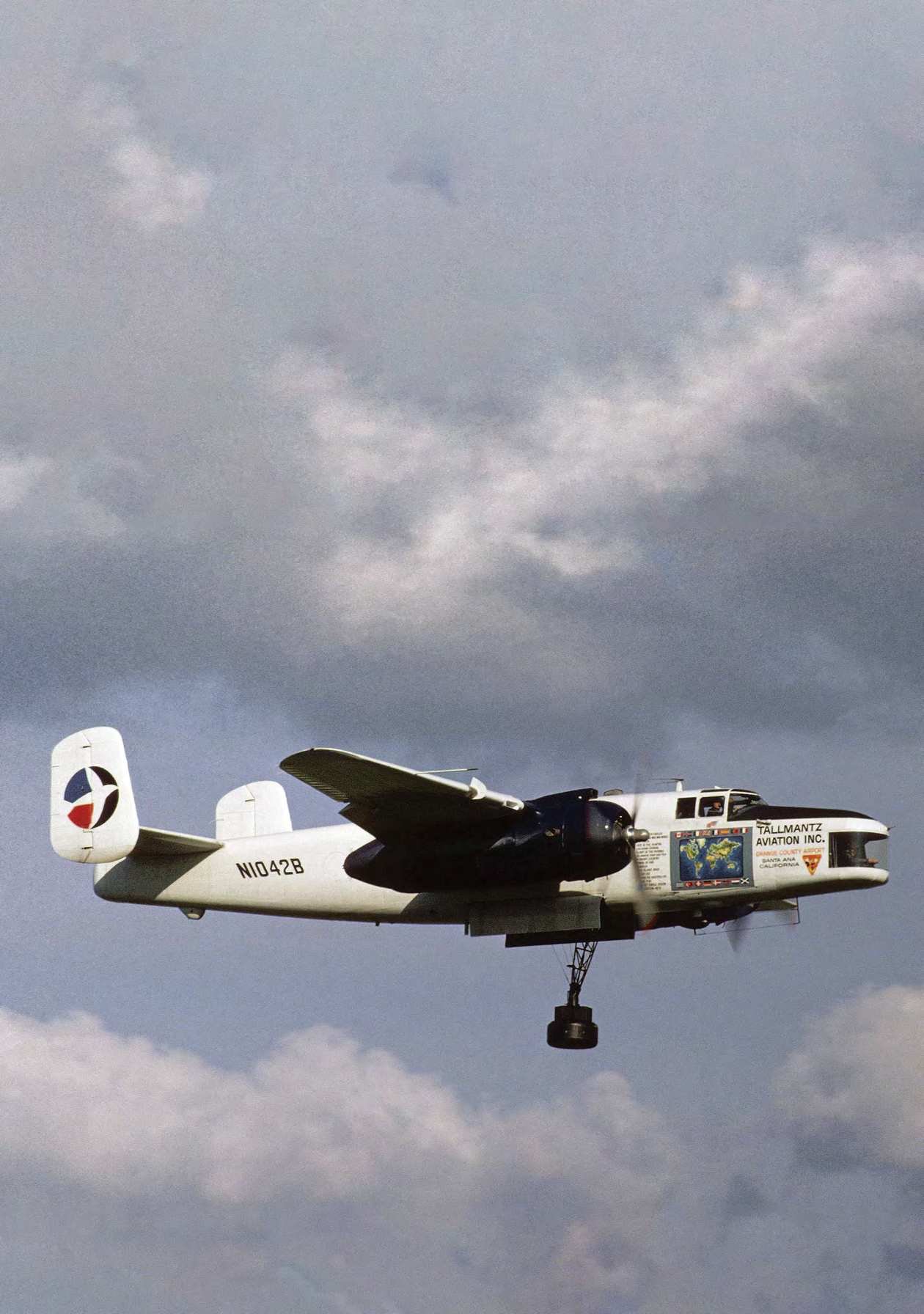 A splendid view of B-25N Mitchell N1042B with its bespoke Circle- Vision camera fit extended, during its display at Old Warden — of all places — on the last day of April 1972.
ADRIAN M. BALCH

There was a time before today’s drones, lightweight cameras and the advent of practical helicopter gyro technology when capturing aerial images was a cumbersome and often risky business for film-makers. The techniques and practices of air-to-air cinematography can be traced back to the dawn of both the aviation and film industries, notable examples being the death-defying scenes in such classics as 1927’s Wings and 1930’s Hell’s Angels, using both mounted and hand-held cameras to capture the drama as it happened in the skies.