Flying on one of the world's last Douglas DC-8s

Almost 55 years since its Douglas DC-8 rolled off the production line, Christian charity Samaritan’s Purse continues to fly this first-generation airliner. Felix Reim steps on board to learn more

It is a bright but chilly April morning in Shannon, Ireland – unseasonably so, I’m told by a member of security staff as I make my way airside. Perfect weather for flying, and what a bird to be flying on.

Samaritan’s Purse Douglas DC-8-72CF, N782SP (c/n 46013), basks in the early morning sunshine ahead of our flight to Katowice, Poland. The quad-jet is one of precious few DC-8s still flying, being well into its sixth decade having rolled off the Long Beach, California production line towards the tail end of the type’s manufacturing run in 1969. 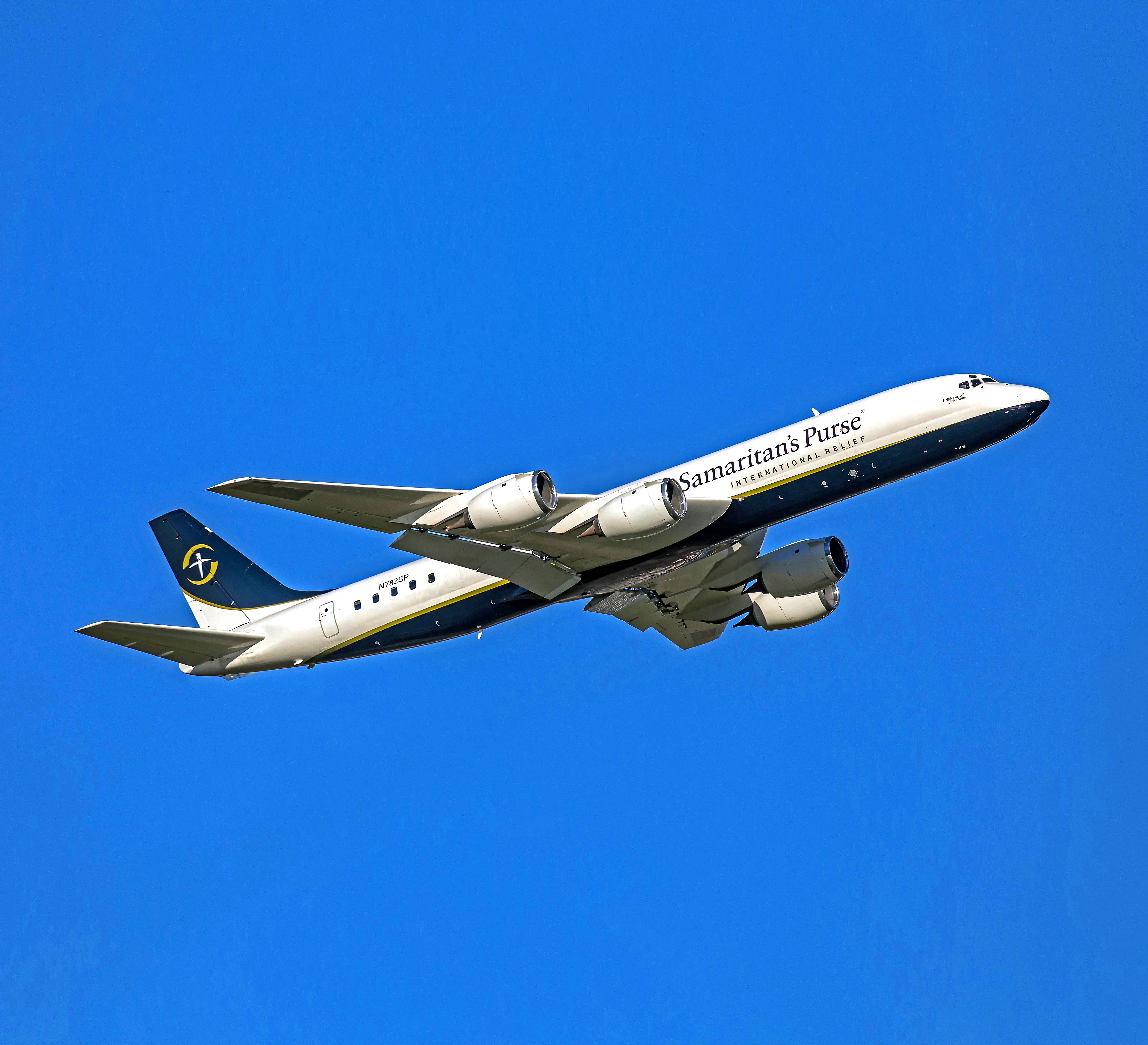 The jet was built as a DC-8-62 convertible freighter with a main deck cargo door on the fore port side enabling it to switch between cargo rotations and a two-class, 140-seat configuration. The airliner first flew in January 1969 and would join Finnair later that same month as OH-LFR, receiving the name Paavo Nurmi in honour of the Finnish middle- and 56 long-distance runner. The jet was placed on European and transatlantic connections from Helsinki, being re-registered as OH- LFT after just three months in the Finnish flag carrier’s employ.

Following 12 years’ service, the jet was retired and sold to the French Air Force in November 1981. During the next seven months, it converted to a DC-8-72CF with its four Pratt & Whitney JT3D-3Bs being replaced with CFM International CFM56- 2Cs. The airliner would spend 23 years with Escadron de Transport 03.060 Esterel, stationed at Paris/Charles de Gaulle Airport, until its roles were absorbed by the unit’s Airbus A310s and later a pair of A340-200s.

Following seven months in storage at Châteaudun, the DC-8 was acquired by Cargo Aircraft Management and placed with Air Transport International (ATI). The Wilmington, Ohio-based freight specialist is well known for its love of the DC-8, having operated 48 examples of the quad-jet during its 45-year history. ATI would fly the former Finnair and French Air Force jet as N721CX between June 2005 and December 2013, when it was again withdrawn from use.

At this point, there was a very real chance that the jet would be scrapped as it spent time in storage at both Amarillo International Airport and Roswell Industrial Air Center before being purchased by Samaritan’s Purse in March 2015. Considerable financial and technical investment was needed for the aircraft to comply with US Federal Aviation Administration (FAA) and international regulations prior to returning to the air. The jet was also reconfigured from a pure freighter to a combi aircraft capable of transporting up to 10 pallets and 32 passengers on the main deck.

Back in the present, the crew made the most of the sunshine, carrying out their pre-departure preparations and inspections ahead of the two-and-a-half-hour flight to Poland. The weather would continue to co-operate, with only light winds and cloud cover expected at the destination. Shannon had been picked as a stopover point as it has a large maintenance presence, its runway is more than long enough for a DC-8, and there is very little passenger traffic.

Although it is almost 40 years since the Pratt & Whitney JT3Ds made way for four CFM56s, the sound of the four engines and the vibration in the cabin is still remarkable. Our cargo is 15 tons of urgently-needed aid and supplies for those affected by Russia’s invasion of Ukraine. Previous missions have operated into Rzeszów, which is much closer to the Ukrainian border, but has since become a hub for NATO and several other organisations and armed forces. Katowice is just three hours from Lviv, so it too serves as an important gateway into Ukraine and the country’s embattled eastern regions. 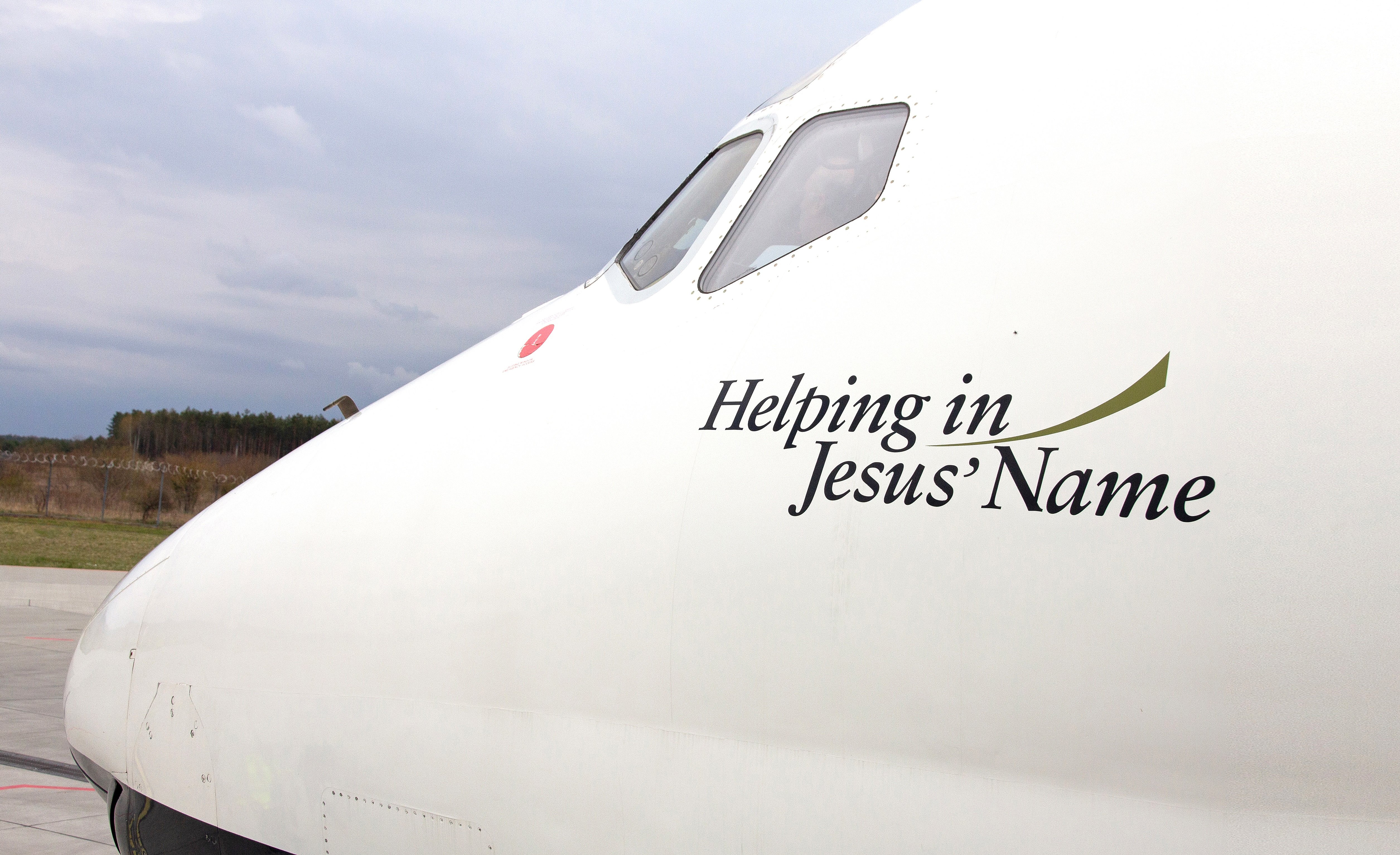 The Douglas type’s age and scarcity means that comprehensive skills, both in the cockpit and for ground operations, are drawn from a small pool. The crew of three on the flight deck comprises ‘veterans’ who have flown the type for many years. The two pilots previously flew for DHL and have numerous hours and countless trips between Cincinnati and Brussels on type, while the flight engineer and loadmaster, previously flew for ATI. All are proud to have been hired by Samaritan’s Purse when their former companies phased out DC-8 fleets. Samaritan’s Purse is headquartered in Boone, North Carolina, and the aircraft is based close by at Greensboro/Piedmont Triad International, where the Christian organisation operates its own hangar with maintenance facilities. The humanitarian concern was founded in 1970 and is financed by public funds, international companies, sponsorships and donations from all over the world, with the majority of its large income coming from the US. It specialises in disaster relief and world medical missions, with the Children’s Heart Project, which provides life-saving surgery, one of its core aid programmes.

Though Samaritan’s Purse has strong religious links, it works interdenominationally, expecting that all members identify themselves with its core values. During my time with the aircraft, there was a strong sense of this being a highly motivated team all with the same goal.

Currently, the charity has 160 people engaged in Ukraine relief operations, either working as members of a short-term disaster response team or on longer-term assignments. No fewer than five warehouses were established for the onward distribution of aid into Ukraine, and many are involved with their continued operation. On the Shannon tarmac ahead of departure
Felix Reim Cruising above the UK en route to Katowice
Felix Reim Samaritan’s Purse operates several other aircraft, including the venerable DC-3TP and Casa C-212 for more localised missions. It also charters freighters up to and including Boeing 747s. However, the DC-8 is the most visible aspect of its air operations, having been deployed toHaiti, Italy, Liberia, Ethiopia, Japan, Nepal, Lebanon and other countries since joining the charity in 2015. It has also flown within the US, flying supplies to New York during the COVID-19 outbreak. However, the invasion of Ukraine brought about the jet’s most intense period of operations, with aid being flown to Poland every five days in support of those affected by the conflict.

While at cruising altitude, there’s an opportunity to take a walk through the cabin. Right behind the flight deck is a capacious cargo hold which can accommodate up to ten pallets. Having previously been used as a freighter by ATI, there are just two small windows in the overwing emergency exits, so there is very little light in this part of the aircraft.

Usually, two thirds of the cargo space is packed with medical supplies, and any additional space is taken up with other relief items. An exception to this was the first flight into Rzeszów following the outbreak of war, when the DC-8 transported an emergency field hospital and outpatients’ clinics which are used by Samaritan’s Purse’s own medical personnel. Subsequent flights have mainly been used to bring in supplies including hygiene kits, blankets, surgical materials, medications and first aid equipment, as well as cleaning equipment. Incredibly, by the beginning of April, more than 8,000 patients had been attended to since war broke out on February 24. After touching down in an overcast Katowice, we are parked on a closed taxiway and unloading starts immediately. The unusual parking arrangement suits the crew as it makes the aircraft almost independent from a ground support equipment perspective. A high-loader and steps are required for unloading cargo and for passengers to disembark, but the ability to start engines and taxi away without the need for a tug and a lengthy pushback and start procedure makes for a more efficient turnaround. Removing all ten pallets takes little more than 20 minutes and they are taken to the airport’s cargo centre for breaking down before being transported to Samaritan’s Purse’s warehousing. With the next flight from Greensboro via Shannon scheduled within the next four days, everything needs to run like clockwork in order to maintain a steady stream of essentials flowing into Poland, Ukraine and into the hands of those who desperately need it. 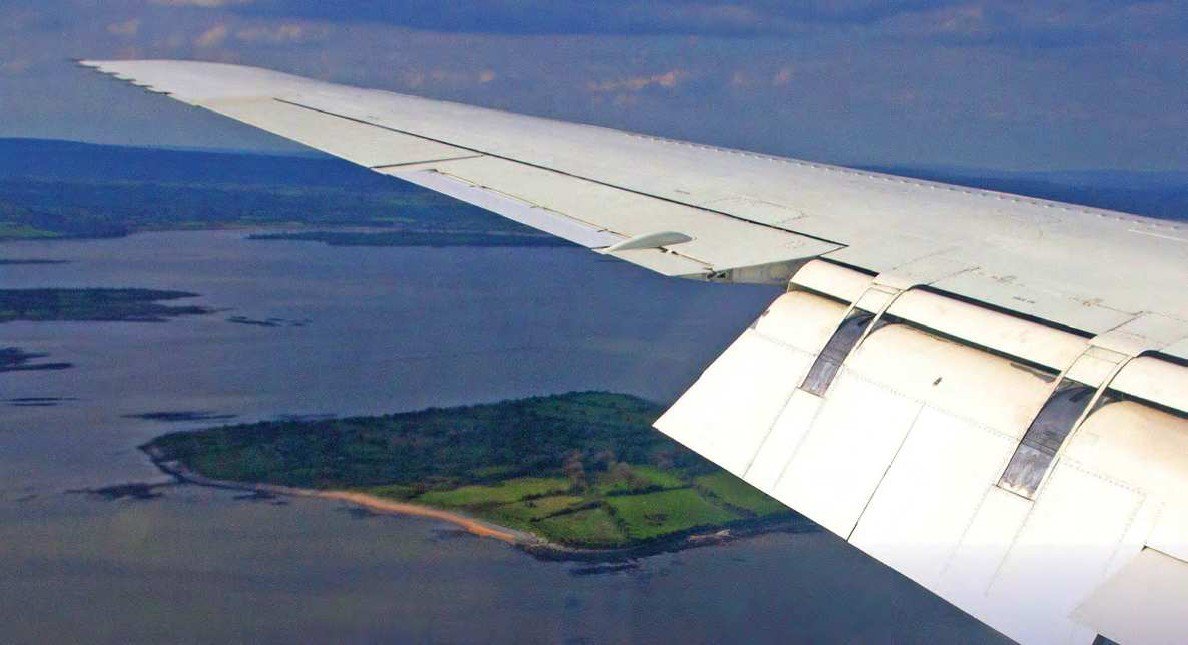 After around two hours, our captain starts to become slightly anxious. With a flight time of two-and-a-half-hours each way and a further two hours on the ground, we need to hurry to avoid crew rest periods conflicting. A challenge for the operation is that the pallets must be returned to the aircraft before it can take off again. This waiting game means we’ve spent almost four hours in Poland before we’re ready to return to the Republic of Ireland.

Shortly after departure, it’s time for a late lunch. While the DC-8 isn’t used for fare-carrying passenger service – and hasn’t been for 40 years since it flew with Finnair – the FAA requires that any aircraft seating people other than the crew has a flight attendant on board. I’m treated to a freshly prepared chicken salad as we reach a cruising altitude of 40,000ft.

The seats at the rear of the cabin are primarily for members of Samaritan’s Purse staff or other charities the organisation works with. As such, the former American Airlines seating is rather basic with no inflight entertainment system, however they do feature USB charging. Five windows on each side afford views of the German, Dutch, British and Irish coasts during our flight westwards. Behind the passenger bulkhead, there’s a galley, two storage areas and a pair of lavatories.

As we reach journey’s end, the weather begins to deteriorate and our approach into Shannon is made through several layers of cloud. Two hours behind schedule, we are treated to views of the craggy Irish coast and Cannon Island Abbey on one of the islands in the estuary of the river from which Shannon Airport takes its name. We touch down, back on Runway 06, nine hours after we set off.

While the low initial acquisition cost gives the DC-8 a certain appeal when compared to the latest long-haul freighters offered by Airbus and Boeing, the 1950s type certainly has some disadvantages. The jet requires a third man on the flight deck and there is a lot more work shared between the trio than on a more modern airliner. Issues around spare parts and engineers licensed to work on the type is becoming evermore challenging as just a handful of examples remain in service worldwide.

Despite these obstacles, the quad-jet remains a reliable, robust and easy-to handle aircraft. It can use unpaved strips and the fuel consumption issue has been offset somewhat by the French Air Force’s decision to swap JT3Ds for CFM56s. An ideal replacement would be a Boeing 767, however, with high levels of demand for freighter conversions, prices of the widebody are unlikely to drop any time soon. Additionally, neither Boeing nor Airbus offer combi variants of their current offerings which complicate matters further. The organisation’s recent purchase of a Boeing 757-200F, N783SP (c/n 22611), isn’t viewed as an alternative to the DC-8 but has instead been acquired for use on other assignments.

It remains to be seen how long N782SP can continue flying, as spares and expertise continue to dwindle. However, with few alternatives available to Samaritan’s Purse and a dedicated team keeping the ‘old bird’ flying, there are still opportunities to see a DC-8 flying.

The aircraft has been deployed to nations including Haiti, Italy, Liberia, Ethiopia, Japan, Nepal, Lebanon on missions to transport vital aid
Felix Reim