Yuriy Tepsurkaev and s present a ‘blow-by-blow’ account of the MiG versus Sabre dog_ ght of May 20, 1951 – and assess its place in history 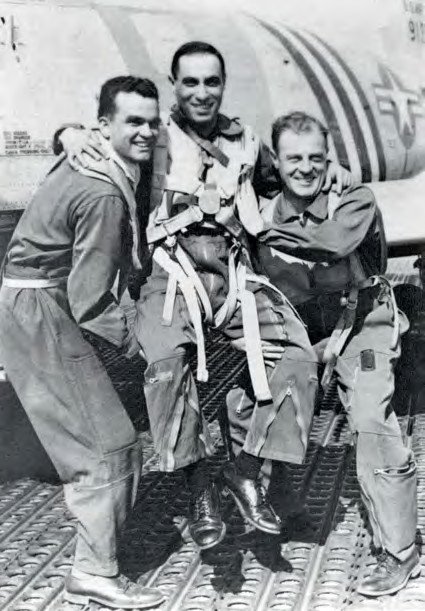 James Jabara being congratulated on becoming an ace, May 20, 1951.
COURTESY SQUADRON/SIGNAL PUBLICATIONS

Captain James ‘Jabby’ Jabara of the USAF’s 4th Fighter Wing, 334th Fighter Squadron, downed his fifth and sixth MiGs on May 20, 1951 in the skies over Korea. The all-important fifth victory takes a pilot into the realms of being an ‘ace’. So the 28-yearold F-86A Sabre pilot earned his place in history as the first ace of the Korean War and the world’s first jet ace.