Northrop Grumman sensationally pulled out of the race to build a new training aircraft for the US Air Force, but what happened to its contender? Combat Aircraft investigates. 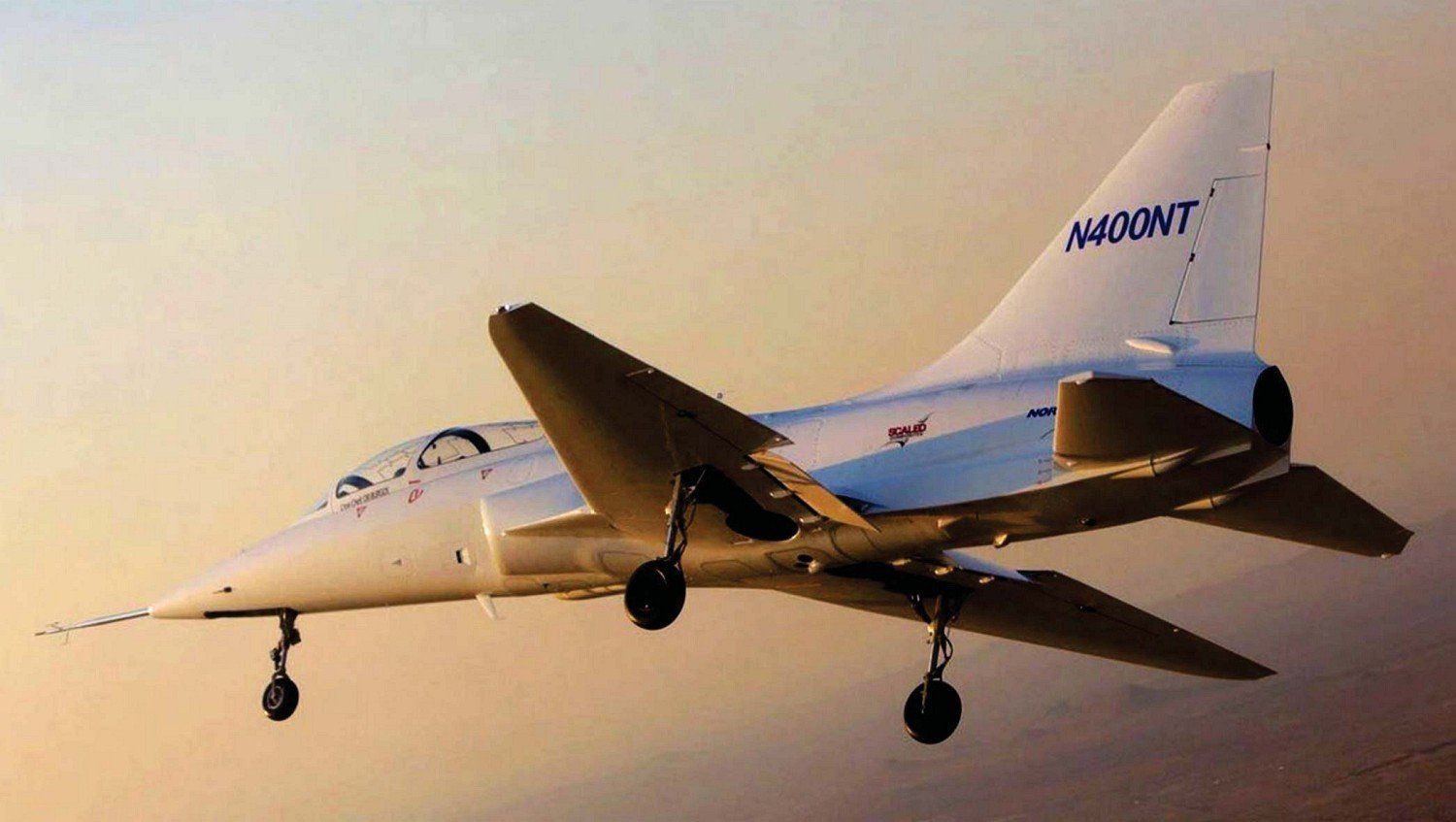 A shot from the maiden flight of the Model 400, conducted from Mojave Air and Space Port, California. All photos Scaled Composites unless credited otherwise

SCALED COMPOSITES HAS quietly revealed more details of its Model 400 Swift proof-ofconcept aircraft — a contender for the US Air Force T-X trainer competition — some two years after the program was abandoned and almost two-and-a-half years after the aircraft made its maiden flight.