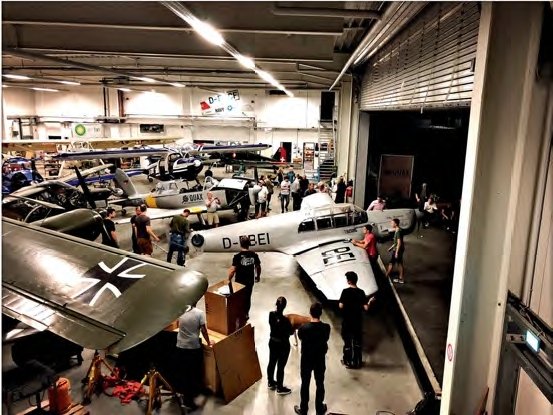 Messerschmitt Bf 108 B-1 D-EBEI and Dornier Do 27 B-3 D-EDNU have been acquired by Germany’s Quax-Flieger group, based at Paderborn. The Dornier was recently flown to its new home while the Messerschmitt – one of only three airworthy German-produced examples in the country – was delivered by truck. Both historic machines were operated for almost three decades by the Deutsche Lufthansa Berlin Stiftung. November-Uniform served primarily as a tailwheel trainer for Lufthansa pilots converting to the Junkers Ju 52. www.quax-flieger.de STEFAN SCHMOLL