’FOXHOUNDS’ ON THE FRONT LINE

Two regiments of Russian Naval Aviation fly the mighty MiG-31 interceptor. The examples based in the Kamchatka region of the Russian Far East were recently put through their paces in a ‘wartime’ exercise. 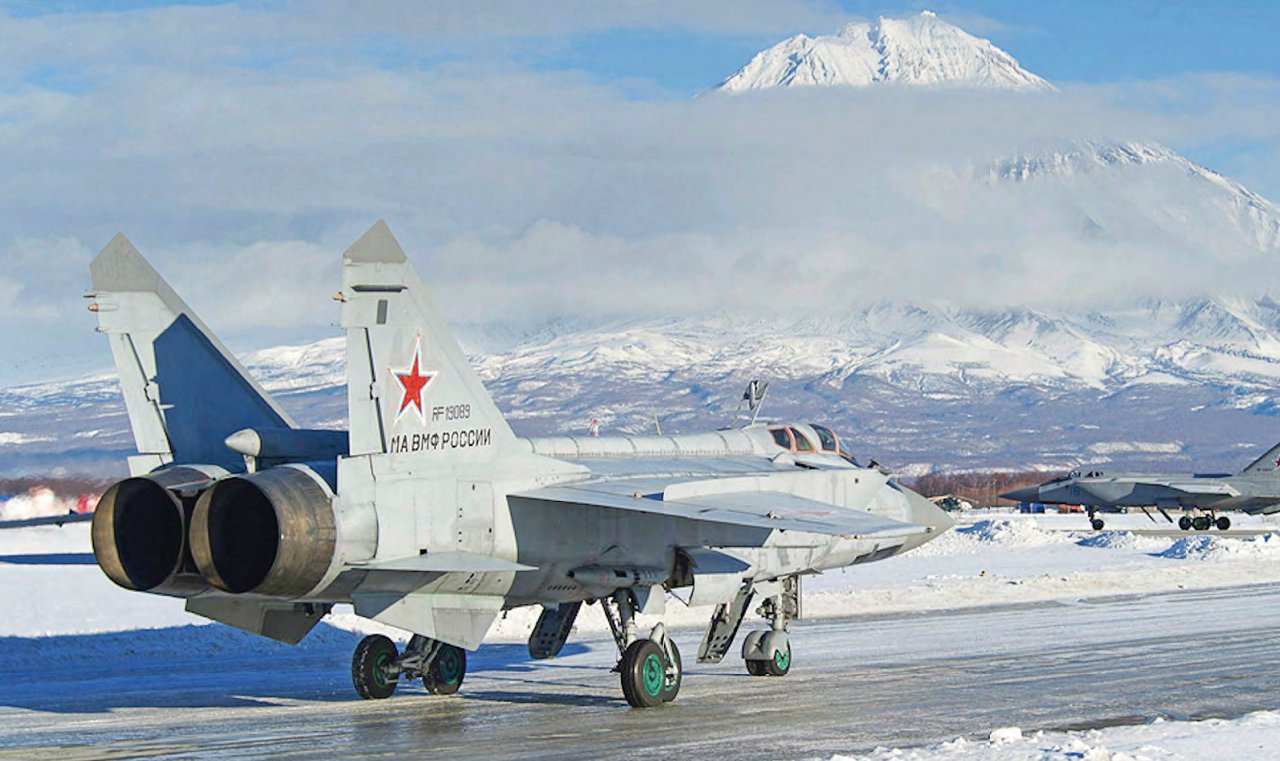 The Koryaksky volcano provides an unmistakable backdrop to flying operations at Yelizovo. The base’s MiG-31s now wear both serial numbers and Russian Navy titles on their vertical stabilizers. Visible on the nearest aircraft is the six-barrel 23mm GSh-6-23 cannon housed in a fairing above the starboard main landing gear. All photos RF MoD

HAVING NEVER BEEN exported, the MiG-31 heavy interceptor retains much of the Cold War intrigue since lost by the more familiar flghters from the Mikoyan and Sukhoi stables. Indeed, the sole non-Russian operator of the fighter, Kazakhstan, inherited its aircraft only after the demise of the Soviet Union — the vast country whose borders the MiG-31 was designed to defend.